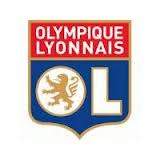 Lyon is a city in east central France in the Rhône-Alpes region, situated between Paris and Marseille. The city is known for its historical and architectural landmarks and is a UNESCO World Heritage Site. Lyon was historically known as an important area for the production and weaving of silk and in modern times has developed a reputation as the capital of gastronomy in France. It has a significant role in the history of cinema due to Auguste and Louis Lumière, who invented the cinematographe in Lyon. The city is also known for its famous light festival 'Fête des Lumières' which occurs on the 8th of December and lasts for four days, earning Lyon the title of Capital of Lights. Economically, Lyon is a major centre for banking as well as for chemical, pharmaceutical, and biotech industries. The city contains a significant software industry with a particular focus on video games, and in recent years has fostered a growing local start-up sector. Lyon also hosts the international headquarters of Interpol, Euronews and International Agency for Research on Cancer. 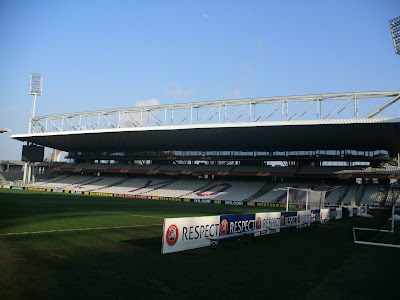 Olympique Lyonnais was formed as Lyon Olympique Universitaire in 1899, according to many supporters and sport historians, but was nationally established as a club in 1950. The club won its first ever Ligue 1 championship in 2002, starting a national record-breaking streak of seven successive titles. The club has played at the Stade de Gerland since 1950. The stadium originally had a cycling track, but it was removed in order to increase the capacity. Further renovations were needed to prepare the stadium for the 1998 FIFA World Cup. The north and south stands were completely dismantled and rebuilt, the side stands were untouched and the athletics track that had remained, even after the cycling track had been removed, was taken out. The current capacity is 40,500. 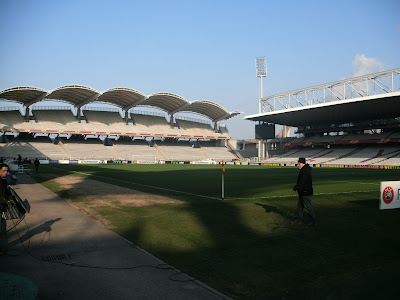 It was good for a change to be able to travel without spending hours at airports. Our Eurostar excursion departed London St Pancras just after 8am on the day before the match. A short changeover at Lille enabled us to reach Lyon around 2pm local time. After checking in at our hotel we caught the metro direct to the Stade de Gerland. We were able to gain access to the stadium and, as ever, it was good to get some daylight photographs. Surprisingly match programmes had already been delivered and a quantity of these were obtained. 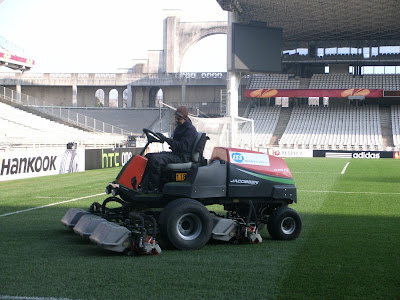 Some prior research had revealed a couple of establishments specialising in quality ales. At Ninkasi (very close to the stadium) we took advantage of the taster option. Six different locally brewed ales, served as smaller measures. Specifically these were Blonde, Blanche, Ambree, Saison, Tripple and Fruitee. All were fine in quality. However, better was to come at Brasserie Georges. This popular quality restaurant houses a brewery. We sampled Doree, Saison and Brune (our particular favourite). I can report some fine tasting ale served at this friendly welcoming establishment. Founded in 1836, the restaurant has long been prominent on the Lyon gastronomic scene, serving up to 2000 diners per day.

This tie was finely balanced following the first leg at White Hart Lane. Spurs held a 2-1 lead but this was wiped out early in the match when Maxime Gonalons headed Lyon into the lead in the 17th minute to level the aggregate score at 2-2. This put Lyon in the driving seat and if the score remained as it was, the French side would have progressed on the away goals rule. Just when this scenario was about to become reality, Mousa Dembele scored a spectacular goal to take Spurs through to a clash with familiar foes Internazionale of Milan. 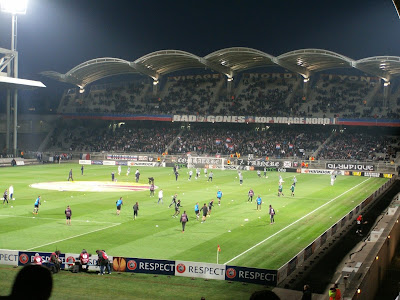 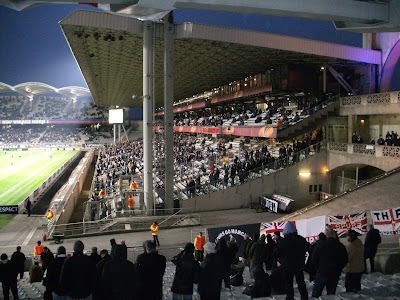 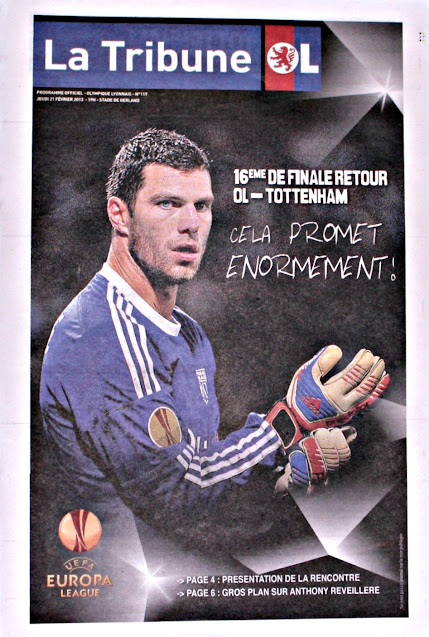 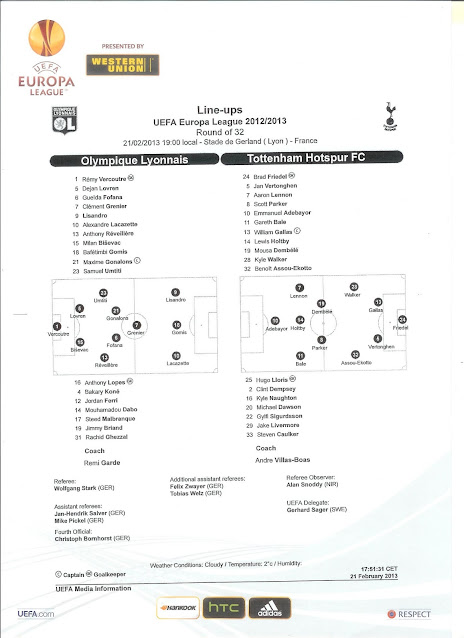