Ramsbottom is a town in the Metropolitan Borough of Bury, Greater Manchester. It is situated on the course of the River Irwell, in the West Pennine Moors. Historically in Lancashire, it is located 3.9 miles north-northwest of Bury, and 12 miles north-northwest of Manchester. Ramsbottom developed during the 19th century as a manufacturing and mill town. The local skyline is dominated by the Peel Monument, which stands on Holcombe Moor, a memorial to Sir Robert Peel, the 19th-century British Prime Minister and creator of the modern British police force. With its readily available source of waterpower, Peel purchased land in Ramsbottom in the late 18th century to commence a major manufacturing career. The railway line between Bury and Rawtenstall remained open to passengers until 1972 and for freight until 1980. This line is used by the East Lancashire Railway, a modern heritage railway that opened in 1987. Ramsbottom was also the snake that appeared with Sooty and Sweep (he had a Yorkshire accent – Ed). 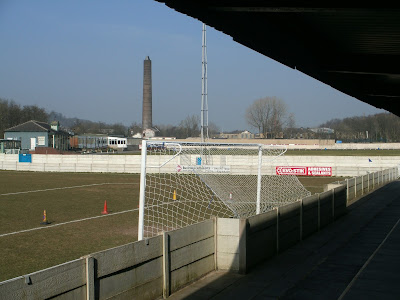 The club was founded in 1966 by present chairman Harry Williams. They first played in the Bury Amateur League. In 1967 Ramsbottom moved leagues to the Bolton Combination, where they spent the next eighteen years before a move in 1987 to the Manchester League, playing in Division One. In 1989–90 they finished in third place, and the following season were Division One champions, earning promotion to the Premier Division, where they spent the next four seasons. At the end of the 1994–95 season, the club applied to the North West Counties Football League and following substantial ground improvements were admitted into the league's Second Division in June 1995. The 2011–12 season saw the club take the Premier Division title, gaining promotion to the Northern Premier League Division One North.

This Pieman had heard much about the club and speaking to people that had been to Ramsbottom meant that this place was on the ‘to do’ list for some time. Regular readers will know that I often like to get to grounds early in order to get some daylight photographs. Visiting the Harry Williams Stadium was no exception and when checking to see if the match was on, I was amazed that the person I was asking was retired colleague Alex Williams. A staunch Newcastle United fan, Alex lives in Ramsbottom and has over a number of years, fallen in love with the club. So much so that he is now one of a number of volunteers helping out at the club.

Photographs taken, I was delighted to be introduced to the legend that is Harry Williams and also Jack Wolfenden, another Stalwart of the club. With a fair while before the match, after a spot of lunch, this Pieman launched into adventurer mode and climbed up to the Peel Monument. A steep climb but well worth it as the view from there over the town and surrounding areas is superb. 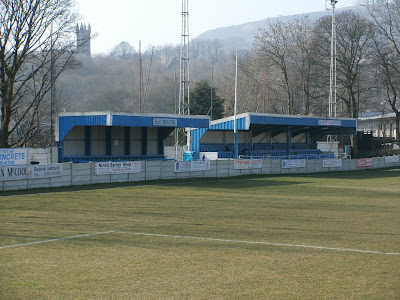 Since being formed the club have played at the Riverside ground (now the Harry Williams Stadium) and clearly the development of the place has been progressive in tandem with the rise in status of the club. The ground is adjacent to Ramsbottom Cricket Club and the East Lancashire Railway line runs behind one of the goals. If combining a visit with the steam railway a Saturday match is required. The ground is fully enclosed and behind one goal is a long covered terrace (the Jack Wolfenden Stand) One side of the pitch has two smaller covered stands named the Ellis Timlin stand and the Main stand which are situated at both sides of the halfway line. 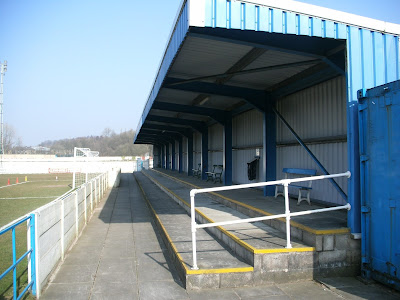 I was particularly looking forward to this match as Ramsbottom United and Clitheroe were 2nd and 3rd respectively in the table. A close match was predicted and so it turned out to be. It took a while for the match to settle and the visitors probably shaded the early exchanges. However, it was the home side that made the initial breakthrough when, following a handball, Phil Dean converted a 27th minute penalty. The match remained closely contested until, after a triple substitution for the home side, Andy Dawson headed a second goal for Ramsbottom on 77 minutes and the points were secured when Glodi Kuba-Kuba slotted home a fine third goal on 83 minutes. 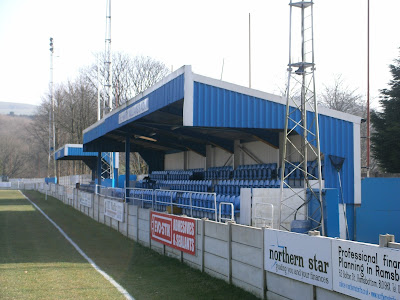 Ramsbottom is a great place to visit, the people are friendly, the setting of both the town and football ground is superb. I would recommend a visit to anyone. By public transport, the tramlink from Manchester to Bury is frequent and there is a regular bus service from Bury to the centre of Ramsbottom which is only a few minutes walk from the ground. 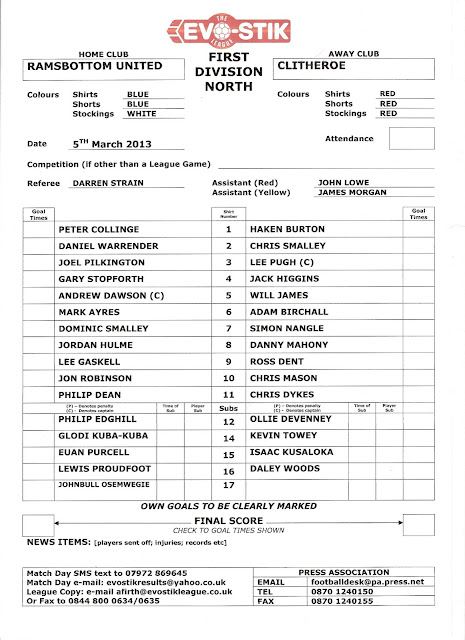 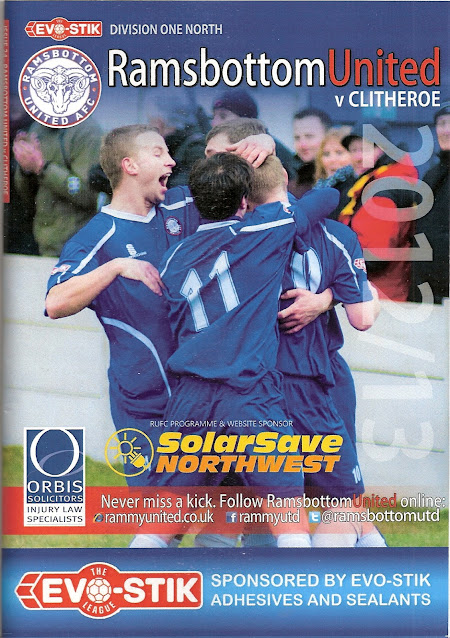