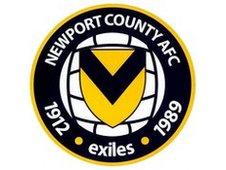 Newport is a city and unitary authority in South Wales. It is located on the River Usk close to its confluence with the Severn estuary, 12 miles east of Cardiff. Newport has been a port since medieval times, when the Normans built a castle. The town outgrew the earlier Roman town of Caerleon, immediately upstream, and gained its first charter in 1314. It grew significantly in the 19th century, when its port became the focus of coal exports from the eastern valleys of South Wales. Until the rise of Cardiff from the 1850s, Newport was Wales' largest coal-exporting port. Earlier history shows that Bronze Age fishermen settled around the fertile estuary of the River Usk and later the Celtic Silures built hill forts overlooking it. In AD 75, on the very edge of their empire, the Roman legions built a Roman fort at Caerleon to defend the river crossing. According to legend, in the late 5th century Saint Woolos church was founded by Saint Gwynllyw, the patron saint of Newport and King of Gwynllwg. The church was certainly in existence by the 9th century and today has become Newport Cathedral, the seat of the Bishop of Monmouth. The Normans arrived from around 1088–1093 to build Newport Castle and river crossing downstream and the first Norman Lord of Newport was Robert Fitzhamon. 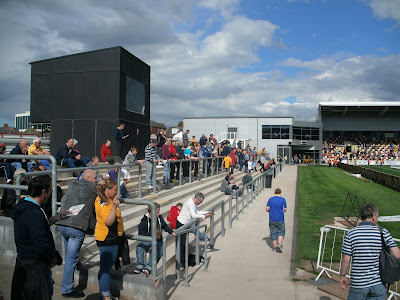 Newport County AFC was reformed in 1989, the club is a continuation of the Newport County club which was founded 1912 and was also a  founder member of the Football League's new Third Division in 1920. The club won the Welsh Cup in 1980 and subsequently reached the quarter-finals of the European Cup Winner's Cup in 1981. The club was relegated from the Football League in 1988 and went out of business in February 1989. The club reformed shortly afterwards and entered the English football league system at a much lower level. The club achieved promotion to the Conference Premier for the 2010–11 season, the same level they played at prior to the original club's bankruptcy in 1989. Newport returned to the Football League after a 25-year absence in 2013. 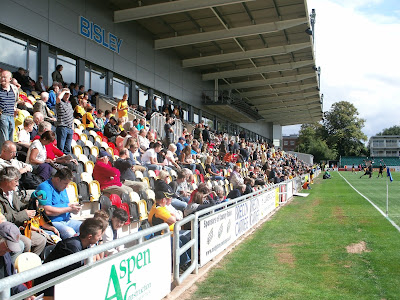 The club now plays home matches at Rodney Parade. The stadium is located on the east bank of the River Usk in Newport City centre. The ground is on Rodney Road, a short walk from the city's central bus and railway stations via Newport Bridge or Newport City footbridge. Newport Gwent Dragons also play their Rugby Union matches here. This venue is still a work in progress and the combination of old and new stands adds contrast. 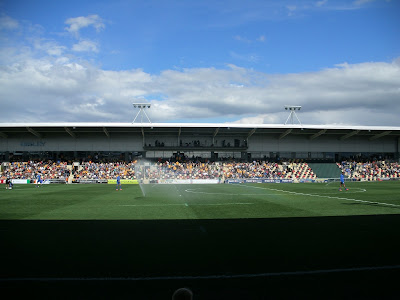 On arrival in Newport, this Pieman was keen to sample a pint of Welsh beer. This desire was soon satisfied at the Tom Toya Lewis, a Wetherspoon's establishment on Commercial Street in the centre of town. I enjoyed a pint of Red Beacons from the Brecon Brewery. However, as much as I wanted to drink Welsh beer, I was so pleased that my second pint was Chuffin Ale from the Box Steam Brewery. This Wiltshire ale was up there with some of the best I have tasted recently. This refreshment stop was perfect preparation for the afternoon's match between the two sides promoted to the Football League from the Conference for this season. 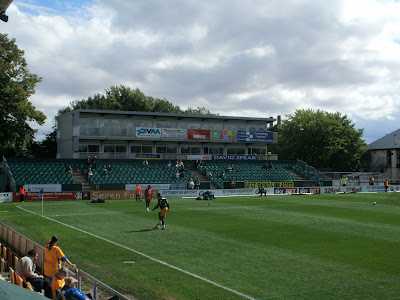 It was good once again to be able to stand on the terraces at a Football League match. I watched the first half from the Hazell Terrace which is in front of the stand bearing the same name. This is the oldest part of the ground, but does offer some protection from the elements if necessary. This part of the ground is undergoing improvement work and the majority of the seating here was not in use. 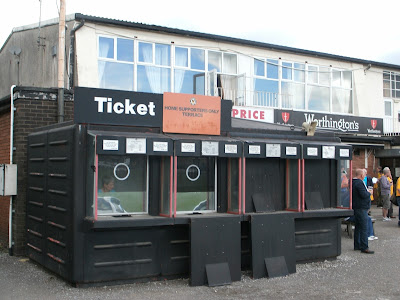 Although the quality of the football was patchy at times, there was a decent atmosphere in the ground. The 212 fans visiting from Nottinghamshire will have been pleased to see their team create two excellent chances in the first half, but less so to see Newport's Lenny Pidgeley pull off two outstanding saves. When Chris Zebroski headed Newport ahead on the half hour, they might have wondered if it would be their day. However, another header, this time from Sam Clucas (decent player this lad - Ed) enabled Mansfield to get a point from the match. The teams ended the match on 10 players each following red cards. I overheard a couple of home fans chatting after the match. Their analysis that they had their keeper to thank for maintaining an unbeaten home record was spot on. 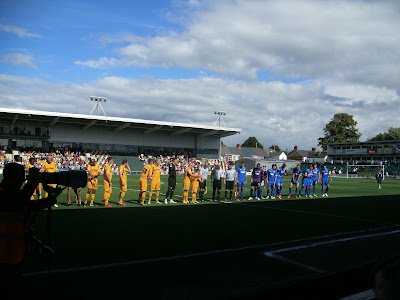 This Pieman last saw a football match in Newport in 1987 when the home side defeated Chesterfield 1-0 in the old Third Division. The Somerton Park ground, home to Newport County at that time is probably only a few hundred yards away from the current venue. It was good to venture to Wales again and Newport is a friendly place to watch a match 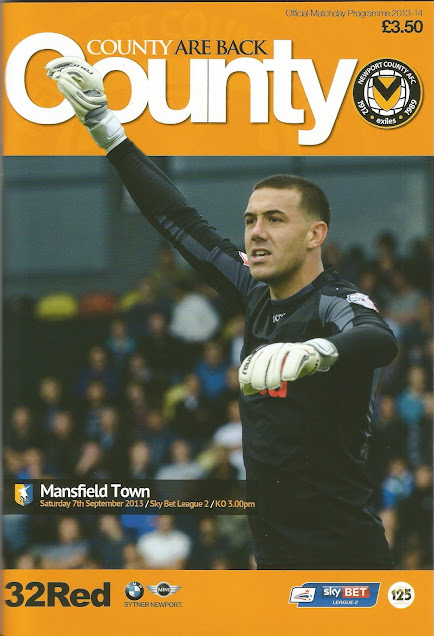 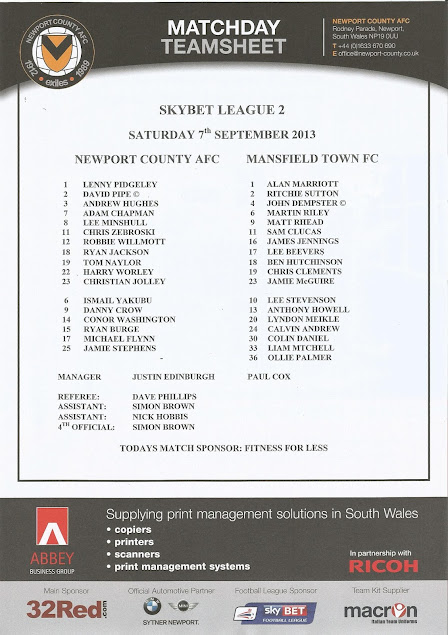