Ampthill is a small town and civil parish in Bedfordshire, England, between Bedford and Luton, with a population of about 6,000. It is administered by Central Bedfordshire Council. A regular market has taken place on Thursdays for centuries. The name 'Ampthill' is of Anglo-Saxon origin. The first settlement was called 'Aemethyll', which literally means either 'ant-heap' or 'ant infested hill'. In the Doomsday Book, Ampthill is referred to as 'Ammetelle', with the landholder in 1086 being Nigel de la Vast. Henry VIII was a frequent visitor to Ampthill Castle, and it was there that Catherine of Aragon lived from 1531 until divorced in 1533, when she was moved to Kimbolton. The castle was built in the 15C by Sir John Cornwall, later Lord Fanhope, from ransoms after the Battle of Agincourt. Although the Castle is now gone, some intriguing indications of castle life remain- such as the local ponds (Westminster pond being one) allegedly built to supply the castle with regular supplies of fish. 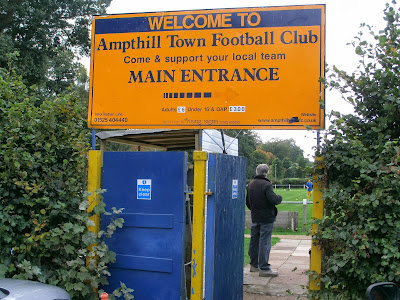 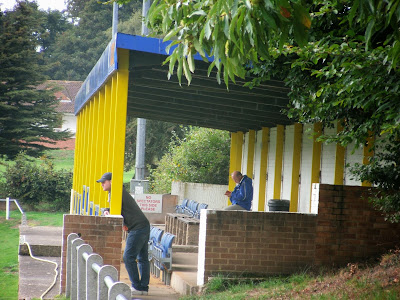 International weekend meant no top-flight fixtures and an opportunity to hop in the Spartan South Midlands League. Ampthill in Bedfordshire is not blessed with a railway station (the nearest being Flitwick). However, a fellow enthusiast offered me a lift and the journey up the M1 was fairly straightforward. Ampthill Park is situated within the larger public park of the same name. It is adjacent to Ampthill Cricket club and across the road from Ampthill Rugby Club. 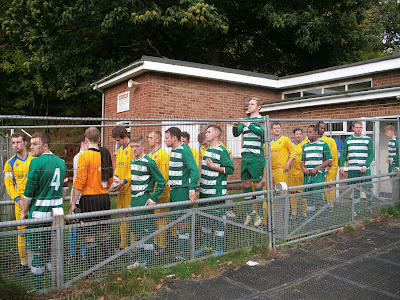 The ground is set in a very picturesque area and the club car park was already full when we arrived. This is probably due to many people parking up to take advantage of the wider park for dog walking and leisurely pursuits. It is possible to park on the road outside. The clubhouse boasts a licensed bar and a canteen area selling hot and cold food in addition to tea and coffee. 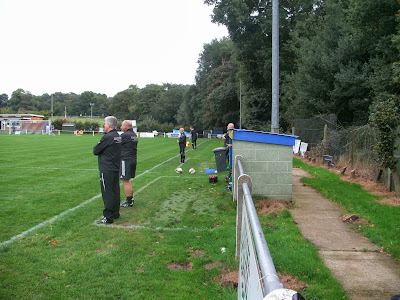 Along one side of the pitch, raised above ground level is the Eric Turner Stand. In this covered area there is seating but the majority opted to stand. In poor weather there would be room for everyone to shelter in this area as it is expansive (based on attendances witnessed in this league). The only other permanent structures are the dugouts on the opposite side and the turnstile block leading from the car park into the ground. 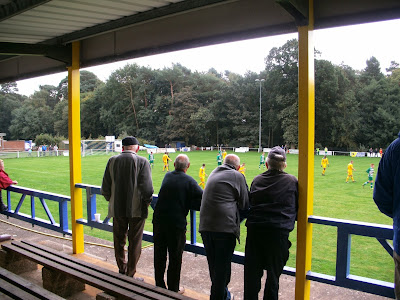 Ampthill Town went into this match as clear leaders of the Premier Division and will have fancied their chances against a struggling Holmer Green.  Early pressure and a fumble by the otherwise sound Holmer Green Keeper looked to back up this view. However a fine equaliser and a step up in performance by the visitors meant we had a really good match to watch. Ampthill secured the points for a 2-1 victory in the second period to maintain their fine start to the season but Holmer Green will have taken satisfaction with a fine battling display. A decent game in a fine setting and the rain waited until after the match to fall – perfect! 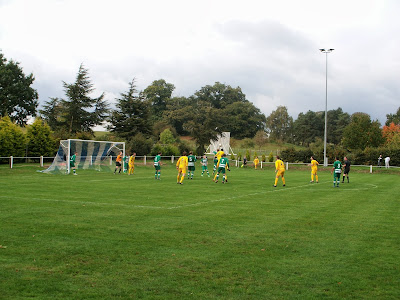 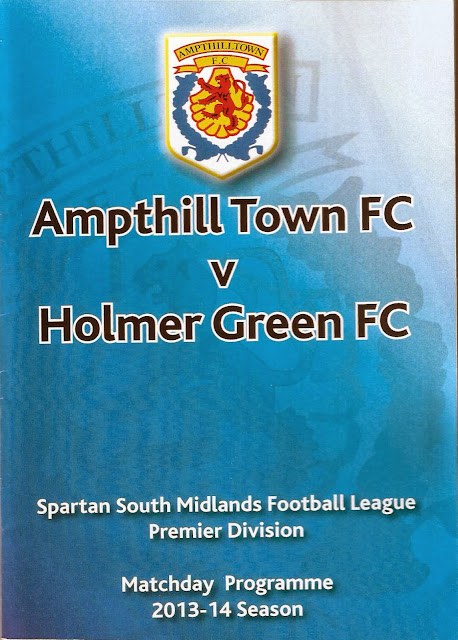