Tiraspol is the second largest city in Moldova and is the capital and administrative centre of the unrecognized Pridnestrovian Moldavian Republic (Transnistria). The city is located on the eastern bank of the Dniester River. Tiraspol is a regional hub of light industry, such as furniture and electrical goods production. The modern city of Tiraspol was founded by the Russian generalissimo Alexander Suvorov in 1792, although the area had been inhabited for thousands of years by varying ethnic groups. The city celebrates its anniversary every year on October 14. Transnistria is an unrecognised but independent presidential republic with its own government, parliament, military, police, postal system, and currency. Its authorities have adopted a constitution, flag, national anthem, and coat of arms. 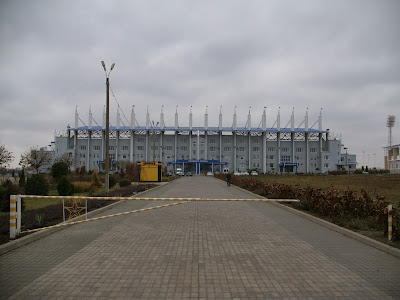 FC Sheriff was founded in 1997 by Viktor Gushan, an employee of the Sheriff Corporation. The club entered the second tier of Moldovan football, the "A" Division later that year and won its championship by 14 points to gain promotion to National Division. Sheriff's first football trophy was the 1998–99 Moldovan Cup. The club won promotion to the top flight in 1998, after its first-ever season, and dominated the Moldovan National Division with ten consecutive titles from 2001 to 2010, winning an eleventh in 2012. The side also has seven Moldovan Cup titles, including six double-winning seasons. 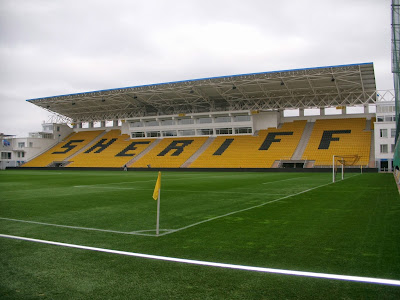 This excursion started with an early (6:00am) flight from London Heathrow to Vienna, from where a connecting flight enabled us to reach Chisinau mid-afternoon. This was not the first occasion that this Pieman had visited the Moldovan capital but recollections of the 1999 trip to watch Spurs play FC Zimbru were fading. Chisinau certainly appears to be a bigger place now and they have finished building the airport! 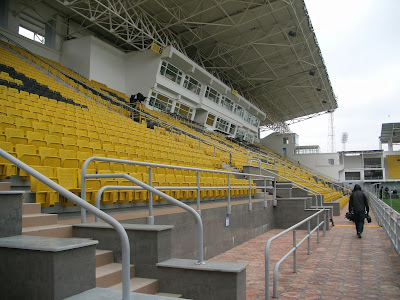 Our decision to stay in Chisinau rather than Tiraspol was rewarded on the Wednesday evening when we chanced upon a traditional Moldovan restaurant. This Pieman enjoyed a substantial dish of barbecued lamb, served with homemade noodles and fried potatoes with onions. This was washed down with local Chisinau lager beer. Interestingly, as we were leaving the restaurant, the Spurs VIP party were arriving for their (late) evening meal. 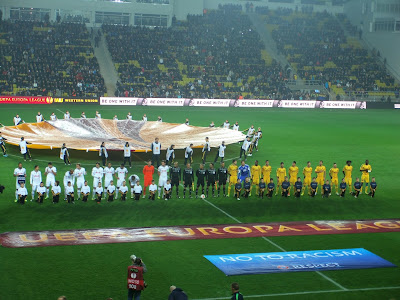 The following morning we headed off to Tiraspol. We had engaged the services of a Moldovan taxi driver for both the outward and return journeys. Although the supposed border between Moldova and Transnistria presented a relatively straightforward experience for us, it was clear that our driver was apprehensive about crossing the border. The formalities for us involved completing a form and presenting our passports. We were expecting delays and issues but in reality both our outward and return crossings were little more than a nuisance. 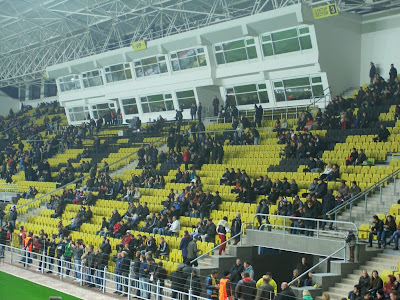 I suspect that Tiraspol is a more interesting place than we found it to be. We were not there very long. There is still a soviet feel to the place and this is borne in particular by an enormous statue of Lenin. There appeared to be very little variety in eating and drinking establishments. However, we came across a decent restaurant selling Benderskoye beer. This dark ale is brewed locally and is refreshing and of a higher quality than anything else sampled on this trip. 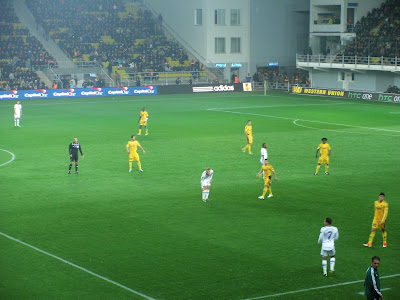 The Bolshaja Sportivnaja Arena is part of a large complex on the edge of town containing a number of sports venues. The stadium is smart in appearance and all areas are covered providing protection from the elements. This Pieman was fortunate to obtain a ticket along the side of the stadium, securing a better view of the proceedings than would have been offered from the visiting supporters section. Tottenham Hotspur stumbled their way to a 2-0 victory over their hosts and as a result have almost qualified for the knockout stage of the competition. The fans of FC Sheriff appear to be a friendly bunch whereas the security officials need to relax a bit more. The iron curtain has been lifted but someone needs to tell them! 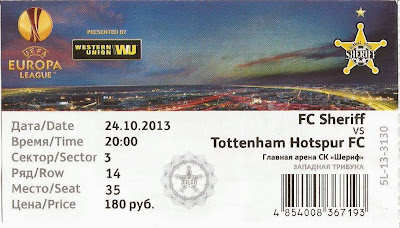 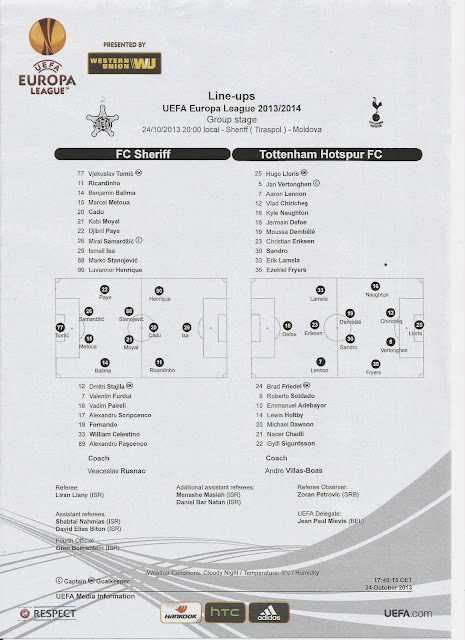 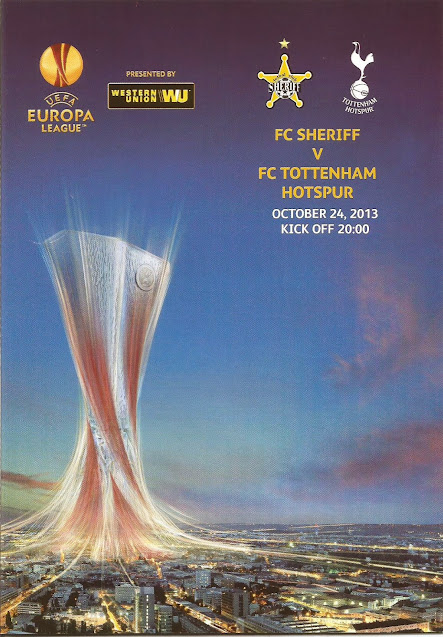