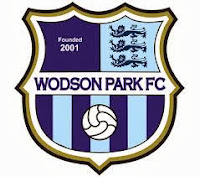 Wodson Park FC started competing in Division three of the Hertford and District Football League, winning it at the first attempt. The club then had two more consecutive promotions, taking the Division one title on route to the Premier Division. The 2006–07 season saw the club join Division one the Hertfordshire Senior County League. Their second season in the league saw the club finish runners up in Division one. Instead of joining the Premier division of the Herts Senior League, the club applied to join Division two of the Spartan South Midlands League for the 2008–09 campaign and were successful. The club played in Division two for two seasons before gaining promotion to Division one. The 2011–12 campaign saw the club make their debut in the FA Cup, were they met Oxhey Jets in the extra preliminary round but lost 6–0. 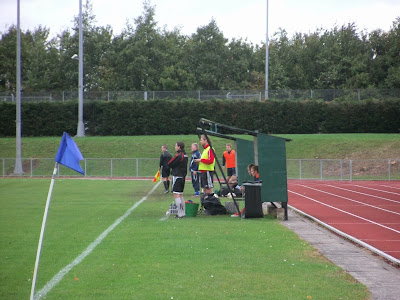 It is sometimes good to be able to set off for a match later than you would normally do and yet still arrive with plenty of time to spare. Having spent the previous three days trekking to and from Moldova it was nice not to have to expend too much energy on this jaunt. A fellow enthusiast offered me a lift and within ten minutes of leaving home, we were arriving at Wodson Park Sports Centre. 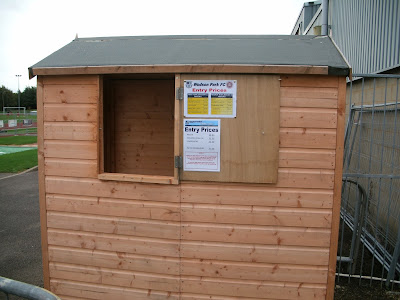 This venue is familiar, as it is adjacent to the Wodson Park home of neighbours Ware FC. In fact Wodson Park had spent the previous three seasons sharing Ware’s ground. This arrangement was terminated at the end of last season as Ware FC was quoted as wanting to “pursue other interests”. Accordingly, Wodson Park FC has returned to playing at the outside arena which also houses an athletics track. 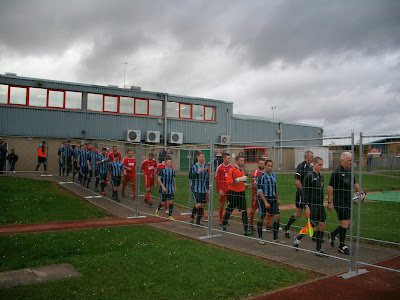 The spectator facilities at this venue are limited. There is no cover and no seating. However this will be rectified by the construction of a 100-seater stand. At the moment, depending on the direction of the wind or rain, shelter can be sought under trees surrounding the arena. Refreshments are available in the main sports centre building, where there is a licensed bar. 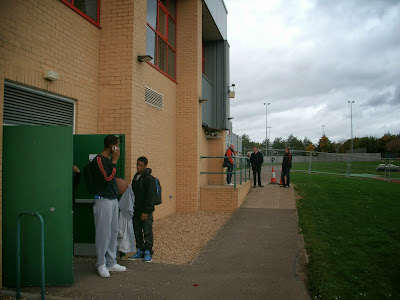 The first half of this match was fairly even and if not already aware I would not have thought Wodson Park were a struggling side this season as they matched visitors Baldock Town. To be fair this match was not a classic and at half time we were in desperate need of a goal to liven things up. 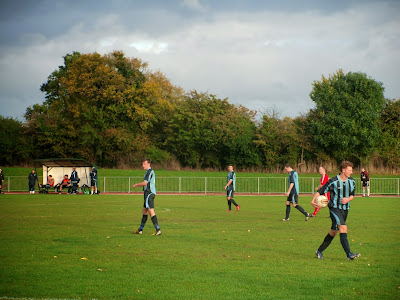 League form came to the fore in the second period when Baldock Town started to get a grip on the match. Eventually running out winners by 2 clear goals, both scored by Luke Gregson. Strangely the Wodson Park goalkeeper decided to vent his frustration by kicking the metal container for the athletics equipment. He had done similar before the start of the match! This Pieman was home shortly after 17:00 – a relatively short but enjoyable afternoon out. 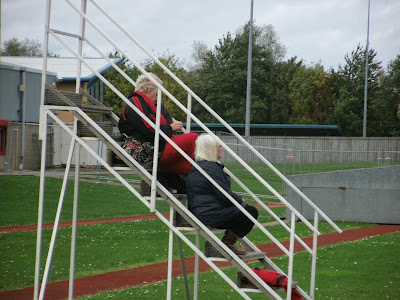 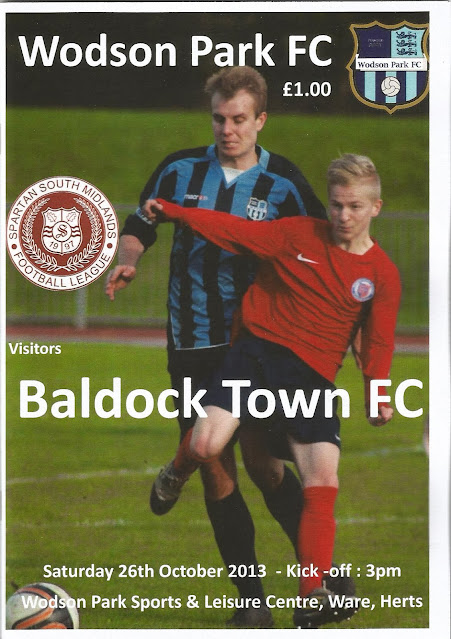