Winslow is a market town and civil parish in the Aylesbury Vale district of North Buckinghamshire. The town was first recorded in the charter by which King Offa granted it to St Albans Abbey in 792/3 as Wineshauue, which means Wine's Burial Mound The Doomsday Book of 1086 records it as Weneslai. One of the finer buildings in Buckinghamshire is situated in this small town. Winslow Hall, which sits on the main road leading into the town from Aylesbury. It was built by William Lowndes, secretary to the Treasury. The Whaddon Chase fox hunt has traditionally met in the Town Square at Winslow every Boxing Day for many years. The occasion is very well attended with over a thousand people visiting the town. The Silver Band from the nearby village of Great Horwood playing Christmas carols has often been in attendance. 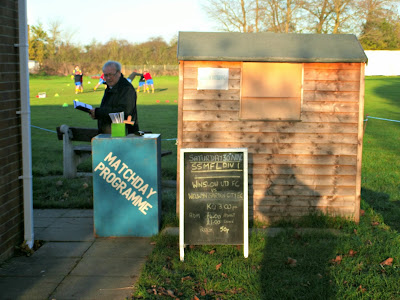 Winslow United Football Club was formed in 1891. They joined the South Midlands League in 1968. In the 1983–84 season, they reached the second round of the FA Vase. For the 2008–09 season, they were members of the Spartan South Midlands League Division One. However, they withdrew the senior teams from the league prior to the 2009–10 season and continued with a strong youth policy running an U18, U17 and two U16 teams. After one year out the two senior teams under new management restarted the following season (2010–11). 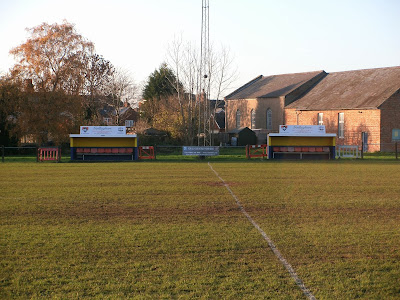 Winslow is a relatively awkward place to get to by public transport. Although not far from either Milton Keynes or Aylesbury, there are limited bus options that would serve a Saturday match and I would not contemplate a midweek visit this way. This Pieman was fortunate to be offered a lift. The journey from Cheshunt via the M25 was completed via the A41 through Aylesbury. 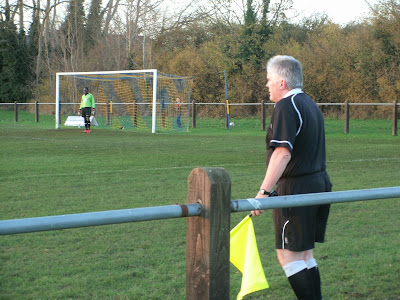 There are limited parking opportunities at the ground and the road outside was already populated when we arrived. However, on the opposite side of the road there is a substantial public car park which is free to use. There is a clubhouse building immediately on the left as you enter Elmfields Gate. This facility is shared with the local cricket club (ground located on the same site) and contains a licensed bar, tea bar and the changing facilities. 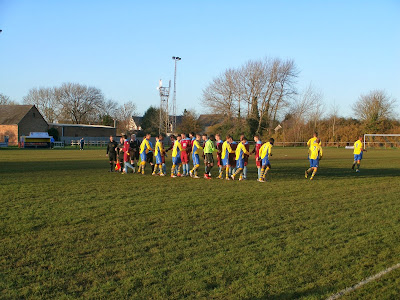 The only covered accommodation designated for spectators is the seated stand, which is located at the near side of the pitch from the clubhouse. The only other structures are the dugouts, located on the opposite side of the pitch. The match was a feisty affair, which for the majority of the time the referee struggled to control. Welwyn Garden City were certainly the more assertive of the two sides and were worth their 2-1 victory. They also missed a last minute penalty, which some may feel was justice as it had been harshly awarded against Owusu Boateng, the Winslow goalkeeper. It was a yellow card at best but unfortunately the referee deemed it worthy of a dismissal. Although not an easy place to get to, Winslow United is a very friendly club and Elmfields Gate is a venue worthy of a visit. 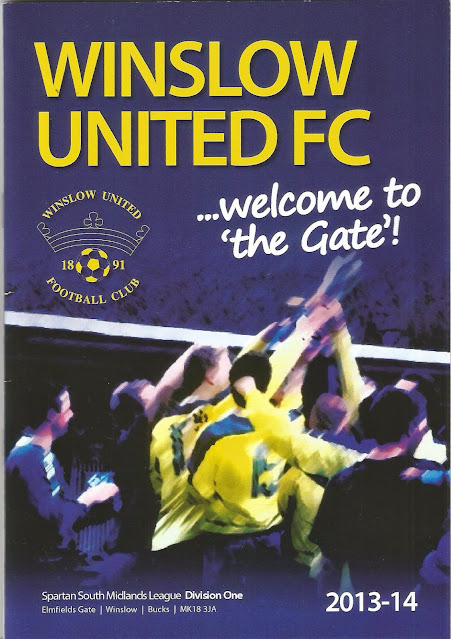