Stony Stratford is a constituent town of Milton Keynes and is a civil parish with a town council within the Borough of Milton Keynes. It is in the North West corner of Milton Keynes, bordering Northamptonshire and separated from it by the River Great Ouse. The town name 'Stratford' is Anglo-Saxon in origin, and means 'ford on a Roman road'. The Roman road in this sense is the Watling Street that runs through the middle of the town. The ford is the crossing of the River Ouse. The prefix 'Stony' refers to the stones on the bed of the ford, differentiating the town from nearby Fenny Stratford. There has been a market in Stony Stratford since 1194 (by charter of King Richard I). Until the early 1900s, livestock marts were still held in the market square but in more recent times the square has become a car park, apart from a monthly farmers' market in one corner. Stony Stratford formally became a town when it received letters patent from King John in 1215. 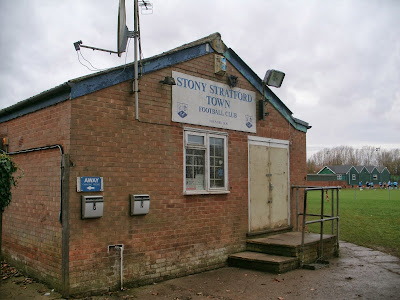 The football club was formed in 1898, and started playing in the local leagues. The club also played in the Berks and Bucks Cup competitions winning the Junior cup in the 1908–09 campaign. More success followed after the first world war when the club went on to win the North Bucks & District Football League in the 1925–26 season. After the Second World War the club now playing under the name Stony Stratford Sports won Division two of the North Bucks and District Football League in the 1946–47 competition. The club then moved leagues and joined the South Midlands League in Division One. In their second season in the South Midlands league the club finished as runners up and gained promotion to the Premier Division. The 1952–53 season began with the club changing its name to Stony Stratford Town. 1974–75, saw the club finish bottom of the division and relegated to Division One. Further relegation followed the next season as the club finished bottom of the league and relegated to the Premier Division of the Northamptonshire Combination Football League. After just one season the club moved to the premier division of the North Bucks and District Football League for the start of the 1977–78 campaign. The 1987–88 season saw the club rejoin the South Midlands League again, in Division One. The 1997–98 season also saw the club make their debut in the FA Vase. 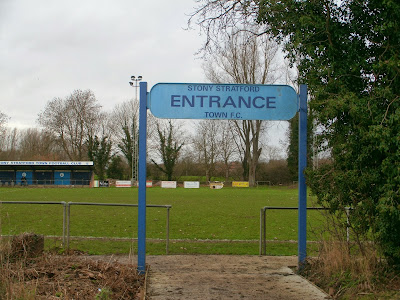 This Pieman visited Ostlers Lane on a chilly, windy afternoon. I was fortunate to be offered a lift to this Buckinghamshire outpost. However, public transport options include bus connections to/from Milton Keynes. The setting for the football ground is a complex housing other sports. Immediately next door to the Football club building is the cricket pavilion. Adjacent is the local bowls club and lawn tennis courts. The senior football pitch is a few hundred yards away from the clubhouse and changing facilities. This means that when the teams and officials are ready, there is a procession across a field to the enclosed arena. Half time talks must be brief as by the time the, players (and spectators) reach the changing rooms, it is almost time to turn round and make their way back for the second half. 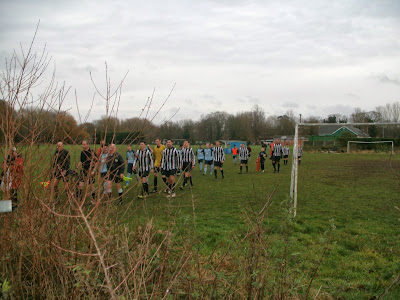 The facilities at the main pitch are basic but adequate for this level of football. There is a covered area containing both bench seating and terracing. The opposite side of the pitch contains the dugouts. Behind one goal is a line of trees separating the venue from a road. There is a large unused expanse behind the other goal beyond which is the centre of Stony Stratford. The covered area contained a number of ‘mature’ gentlemen supporting the home team. These Stony Stratford ultras were entertaining in their vociferous support but also let the referee know when they were displeased with his performance. 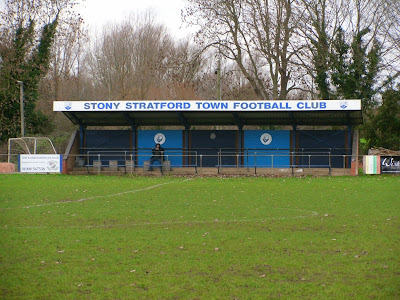 Stony Stratford Town FC, not having the best of seasons, was one place off the foot of the table. Previous results showed them conceding ten goals on two occasions and nine goals in another match. Kings Langley by contrast was having a decent season and was always going to be difficult opponents for the home side. 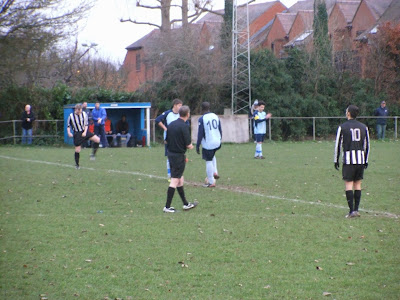 On a blustery, cold afternoon the visitors were soon in the ascendancy playing some tidy attacking football. 4-0 ahead at the break they continued in this mode during the second period. However, the home side had a player sent off and a flurry of late goals from the visitors took the score to double figures. The tally would have been far greater without the efforts of the home keeper. To their credit, for much of the match, Stony Stratford tried to play decent passing football. Once again the Spartan South Midlands League provided a great venue to watch football. 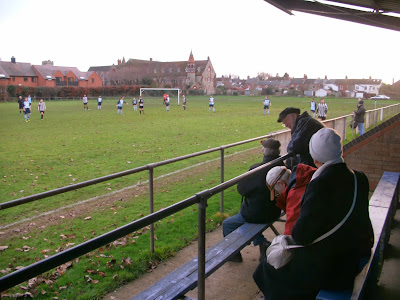 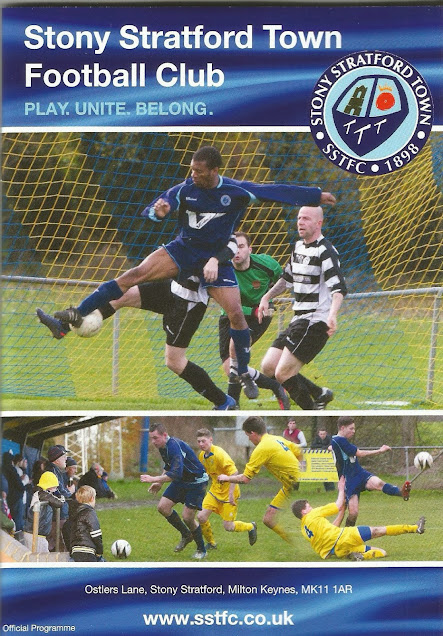