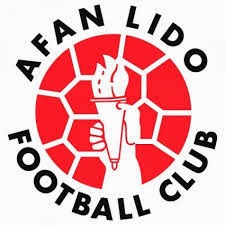 The Afan Lido leisure centre in Aberavon was opened by the Queen in 1965. The facility formerly included a 50m competition swimming pool, which was later converted into a 25m leisure pool called the "Aquadome" with water slides when the complex was re-fitted during the mid-1990s. The Lido was the site of a major fire on 16 December 2009 which broke out in the Aquadome part of the complex. Residents in surrounding streets were evacuated due to fears of the safety of chemicals in the fire that broke through the centre's roof. The centre has been closed since and has now been demolished. 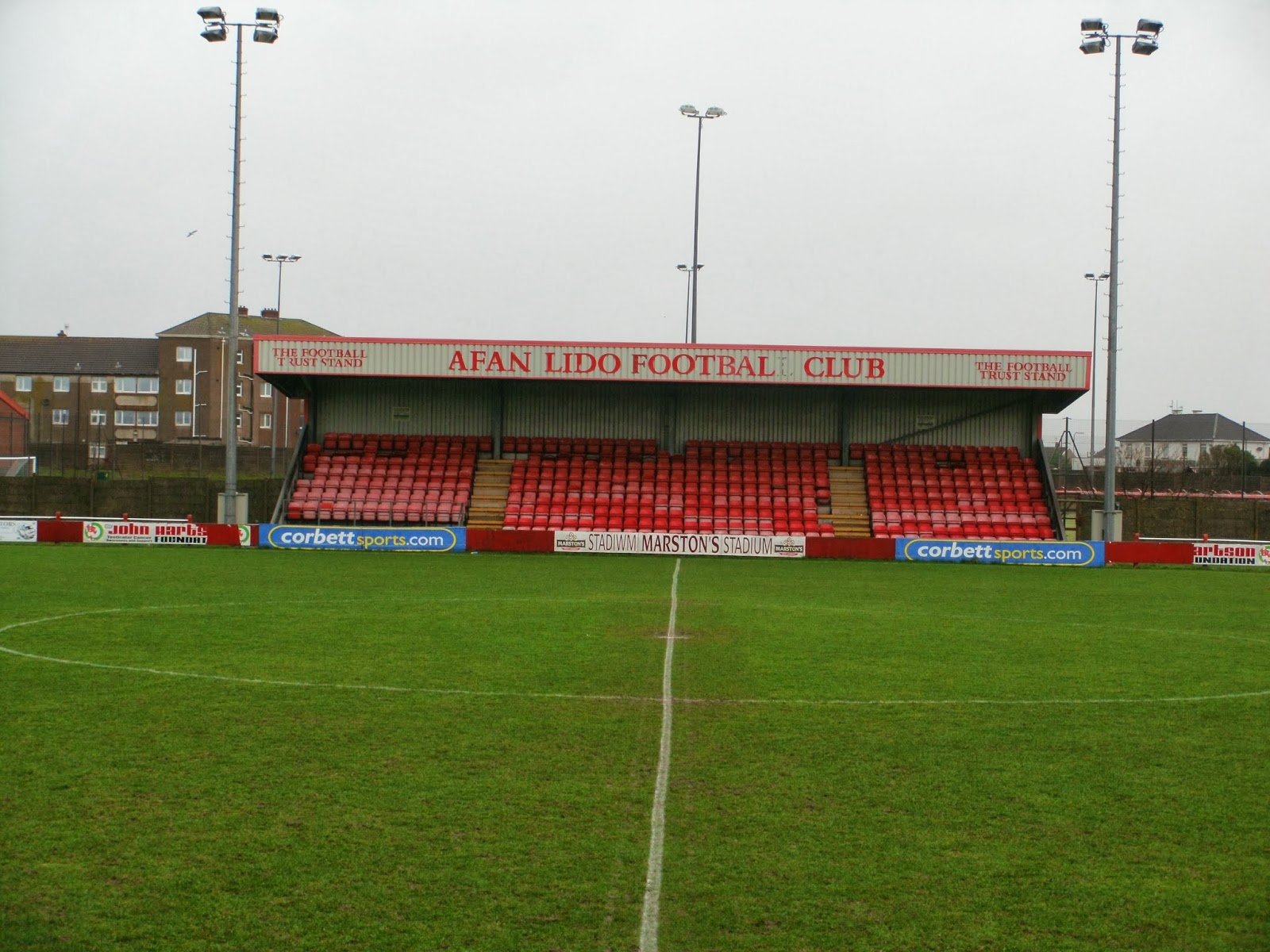 Afan Lido FC was founded in 1967 shortly after the opening of the Afan Lido Sports Centre. A football team was set up in order to give the Centre's users a proper organisation. Phil Robinson and Ken Williams were the prime movers behind the club then and Phil remains as the current day Club Secretary and Junior Coach. In 1971/72 the club was accepted into the Welsh Football League. The club became founder members of the League of Wales in 1992, and won the League Cup in 1992/93 and 1993/94. The next year the team finished in second place in the League, winning a UEFA Cup place, but they were defeated by RAF Yelgava of Latvia on the away-goals rule. My journey started by catching the 07:36 train from London Paddington to Port Talbot Parkway. On arrival I was able to walk to Aberavon in less than half an hour. However, my walk was twice interrupted. Once was to enjoy an enormous breakfast at the Docks Café. The other interlude was to have a look at Port Talbot Town FC’s ground which is less than half a mile from that of Afan Lido.


On arrival at the Lido Ground (currently Marstons Stadium) I was able to confirm that, despite the rain that had consistently fallen over the preceding days, the match was on. The pitch was looking good. I understand that the stadium is built on a sand base which considering the close proximity to Aberavon Beach is not surprising. It certainly aids the drainage. 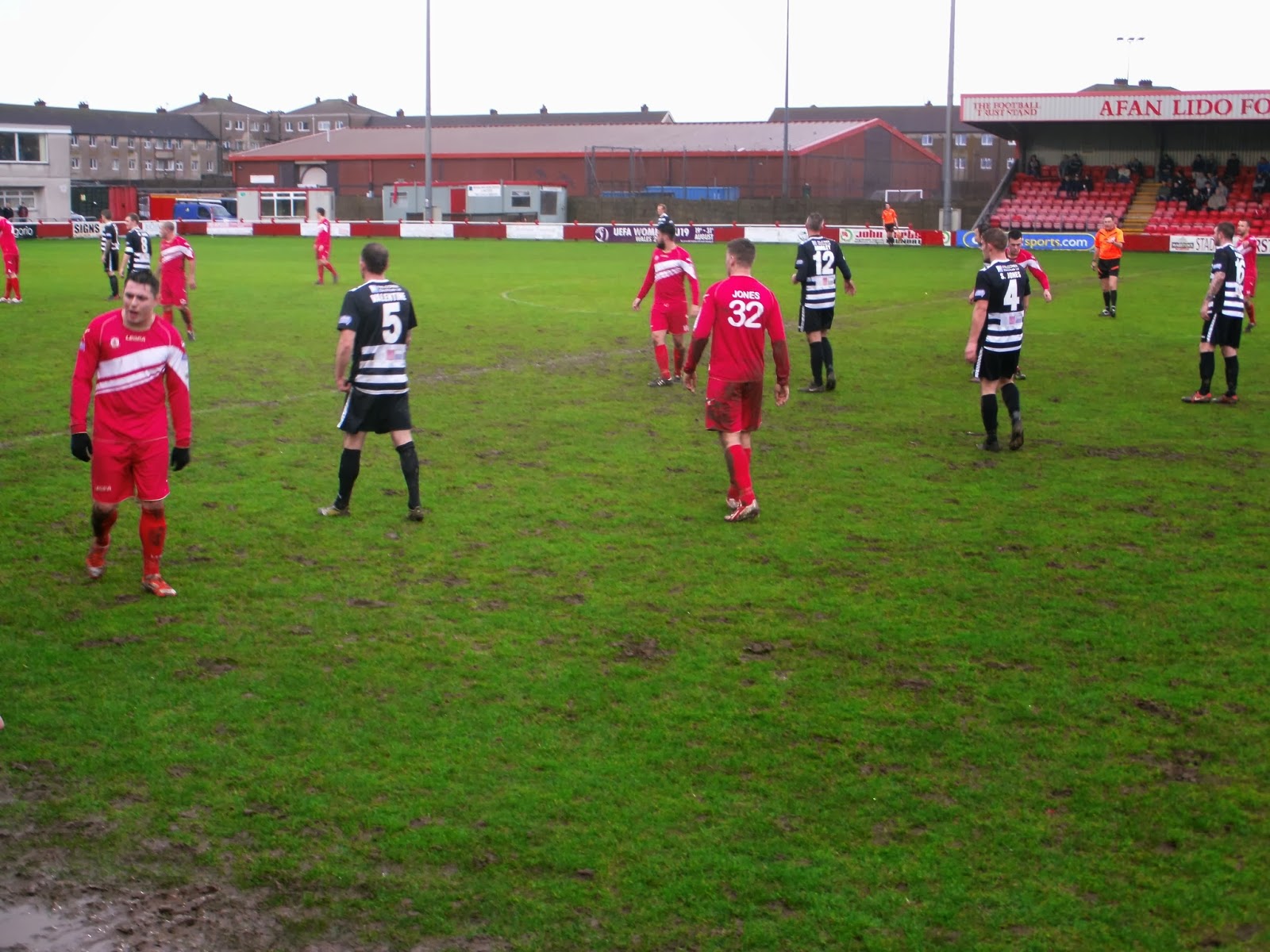 The main stand contains 350 seats and sports a cantilever roof. The stand is flanked by flat standing areas. Opposite is a narrow multi-columned stand containing 150 seats raised above the dug outs. There is a TV gantry on the roof. At one end of the stadium where the turnstiles are located there are buildings containing a licensed bar, refreshment bar, changing facilities and an administration block. The other end of the ground is flat and backs on to housing. 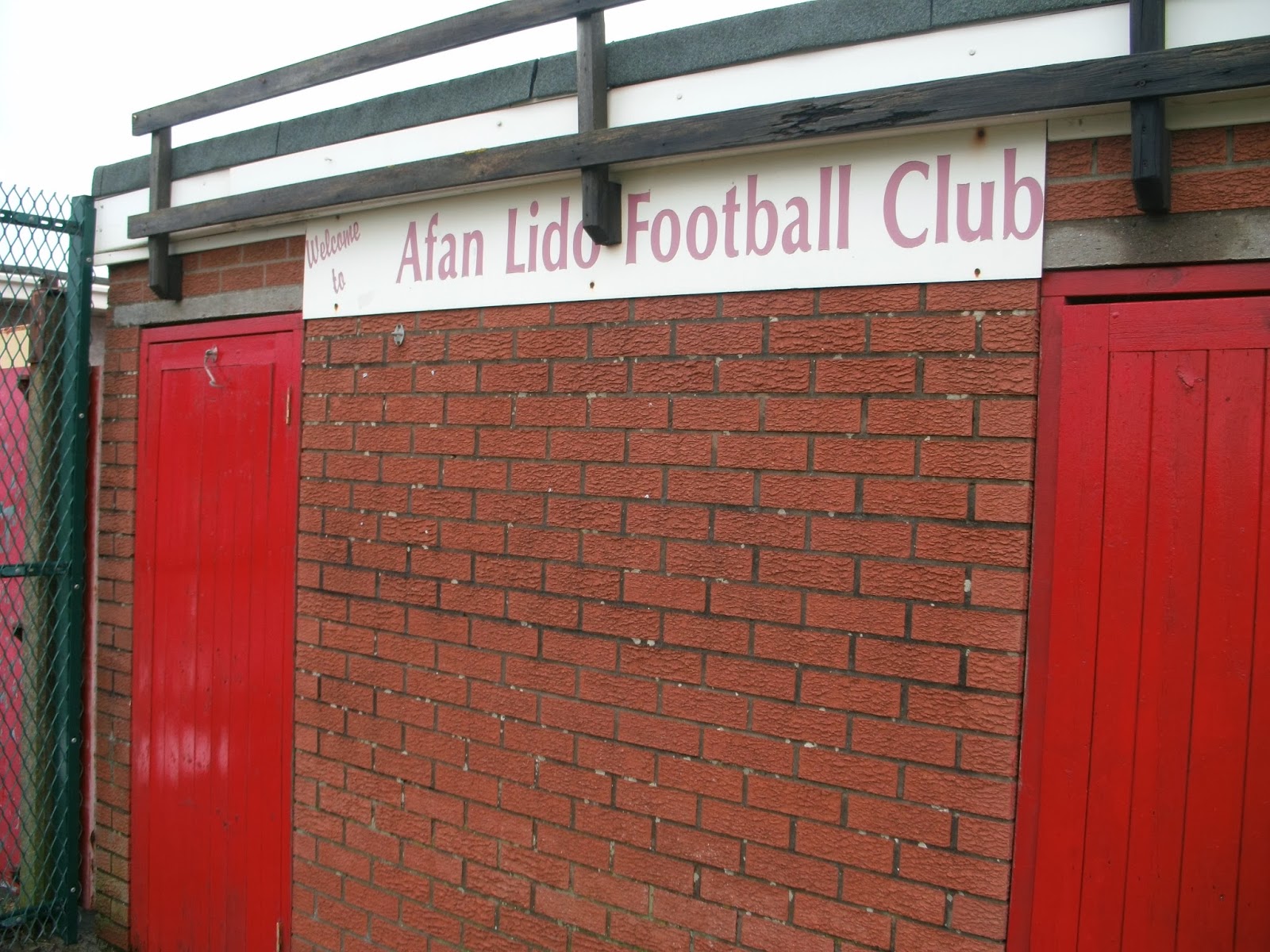 Afan Lido were not having the best of seasons and bottom of the league going into this match. Opponents Bala Town, having a bit better time of it, sat just short of mid table. An even first period saw the home side take the lead with a spectacular shot. The visitors equalized shortly before half time and a close encounter  looked on the cards for the rest of the match. However two quick goals immediately after the break saw Bala take a firm grip on the match eventually winning 6-1. Those early second half goals had a devastating effect of the home side, who failed to match their earlier form. 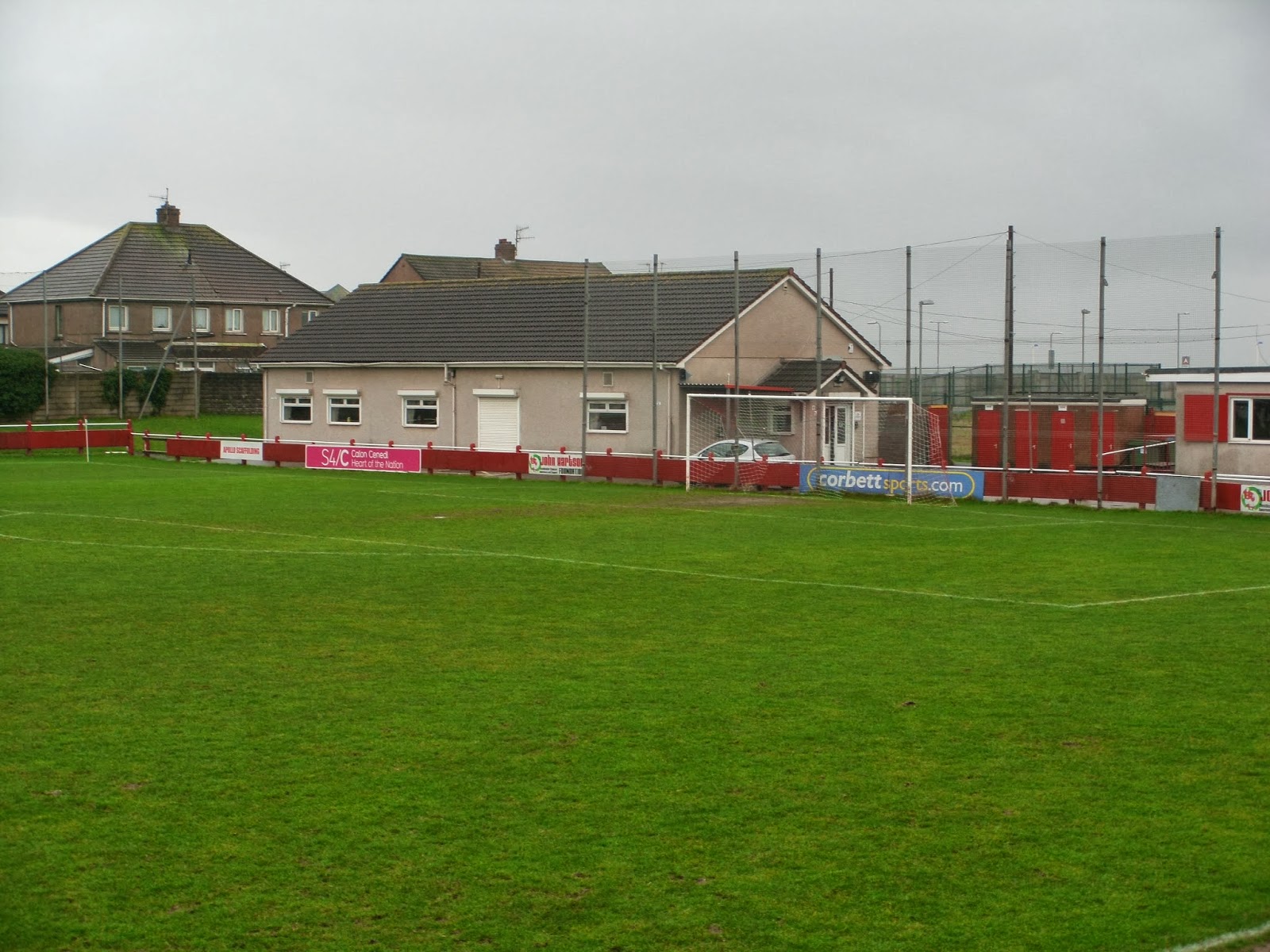 This was my first exposure to the Welsh Premier League and the standard of play was good. The people running Afan Lido FC are extremely friendly and took the trouble to chat to this foreign visitor. Walking back to the railway station, the imposing sight of the famous steelworks in the dusk was impressive. It was getting colder by this time and the warm train to Swansea, where I was staying ahead of the following day’s Swansea v Spurs match, was most welcome. 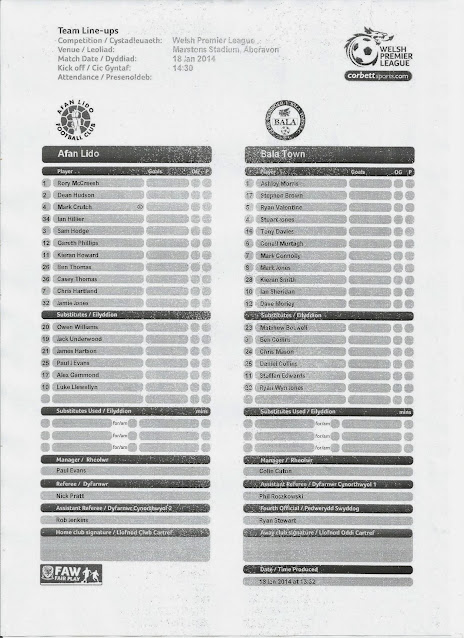 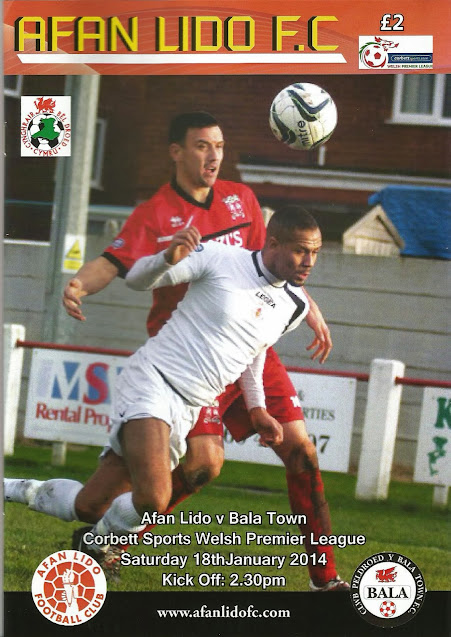