Although there were Iron Age and Roman settlements in the area covered by the town, Rotherham was not founded until the early Middle Ages. Its name is from Old English hām 'homestead, estate', meaning 'homestead on the river Rother'. It established itself as a key Saxon market town, lying on a Roman road near a forded part of the River Don. The region had been exploited for iron since Roman times, but it was coal that first brought the Industrial Revolution to Rotherham. Mining of coal was the driving force behind the improvements to navigation on the River Don, which eventually formed the Sheffield and South Yorkshire Navigation system of navigable inland waterways. 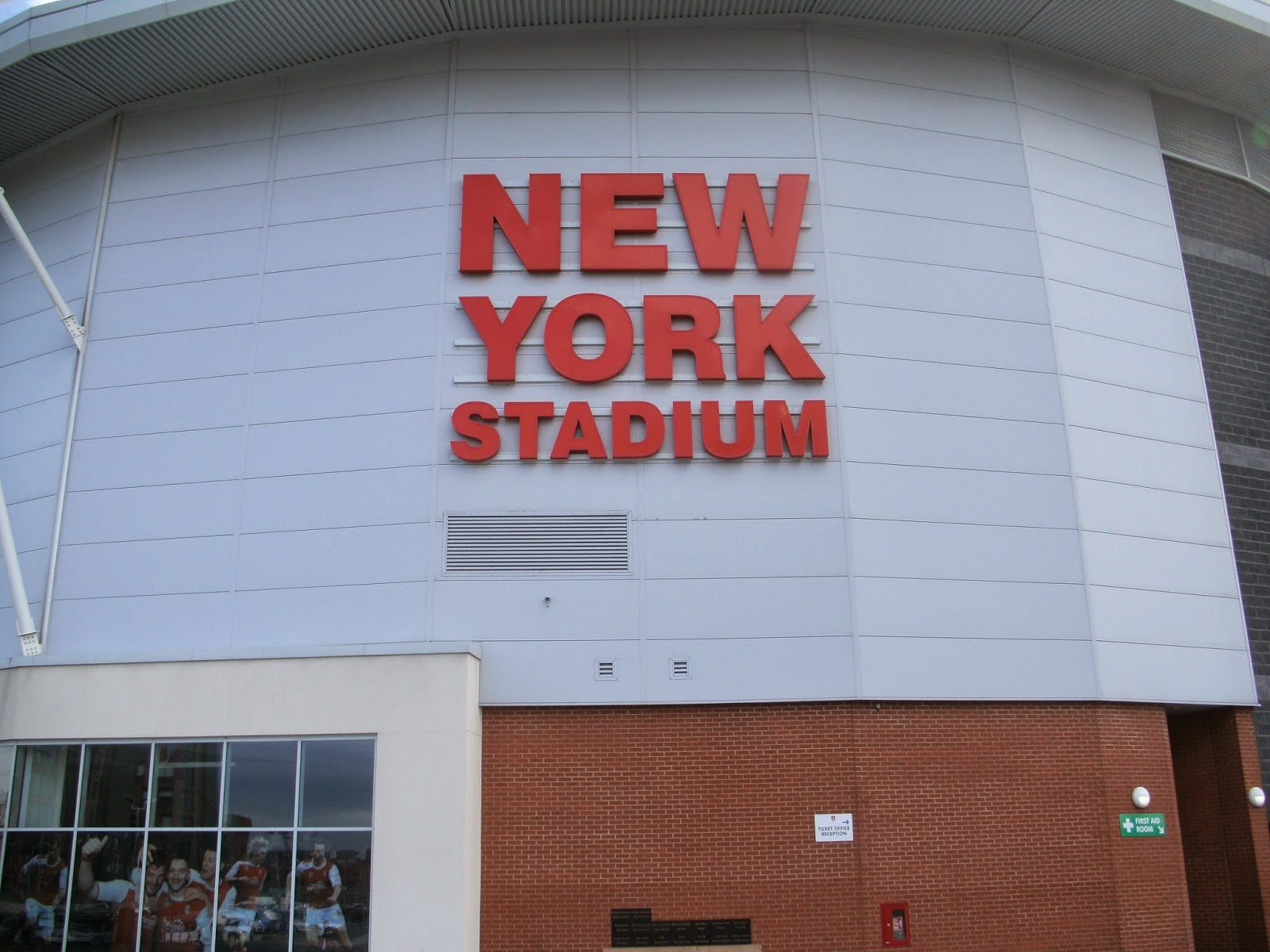 This Pieman had witnessed home fixtures for Rotherham United at both their former Millmoor home and their subsequent temporary home at the Don Valley Stadium. The matches were 28 years apart, but coincidentally, for both the opposition was Bristol Rovers. Today's match also marked the re-completion of 92 league grounds for the Pieman. Rotherham United announced their intention to construct a new community stadium when they moved away from Millmoor to the Don Valley Stadium in May 2008. In January 2010 the club purchased the former site of the Guest and Chrimes Foundry to be used for the new stadium. The name of the stadium was announced as the New York Stadium on 19 December 2011. The reason for the name is that the area of land that the stadium lies upon is called New York. Construction started in June 2011 and the stadium was officially opened on 12 March 2012. 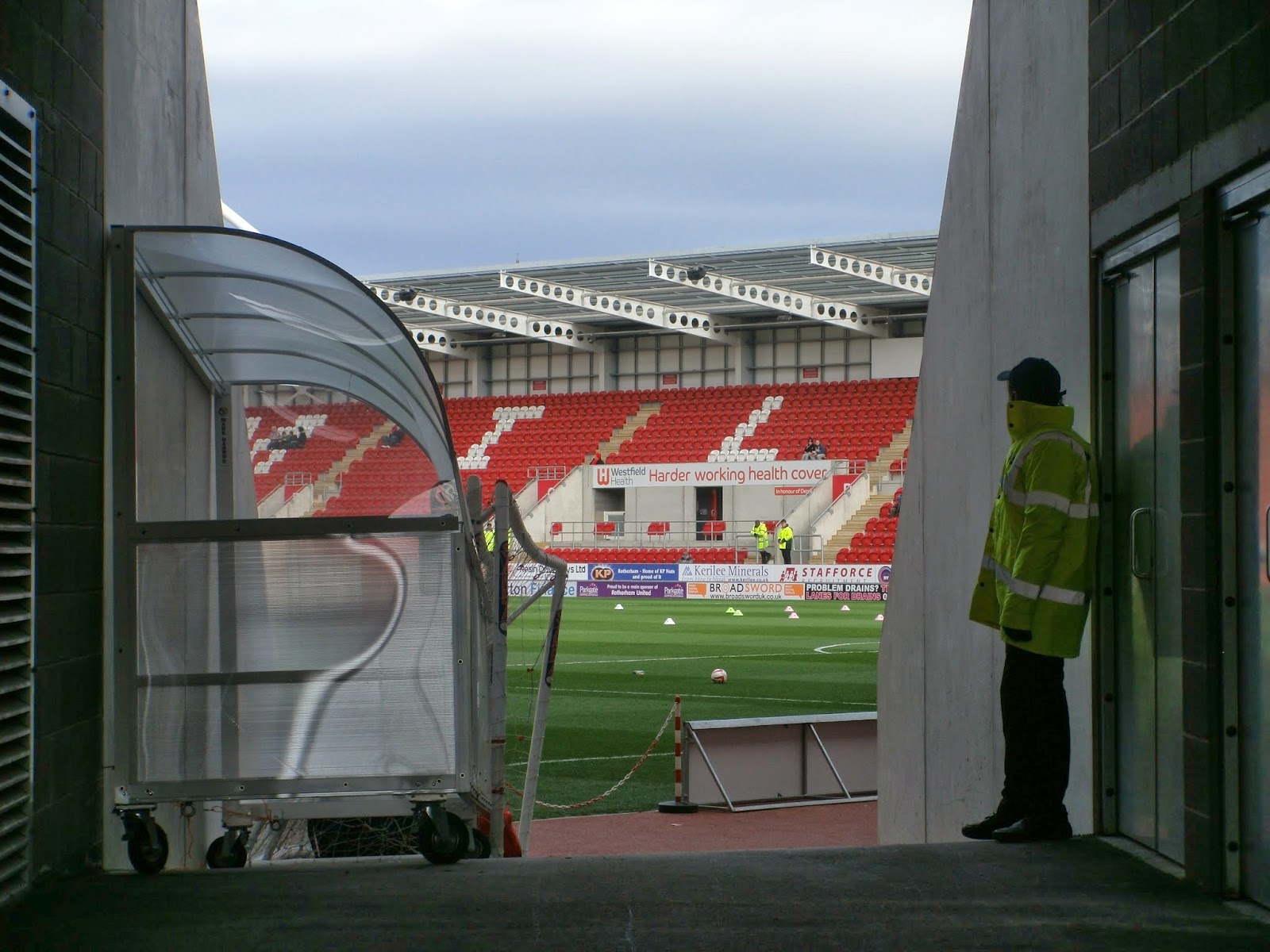 My train journey from London Kings Cross involved changing at Doncaster. The onward journey from there took around 25 minutes following the course of the River Don. On arrival at Rotherham, a refreshment stop was made at the Rhinoceros (one of three Wetherspoon establishments in town). A superb dish of steak and kidney pudding, chips and peas was devoured and washed down by a cup of tea. From the railway station it takes a little over 5 minutes to walk to the stadium. In fact the railway line (in the Sheffield direction) passes the venue. 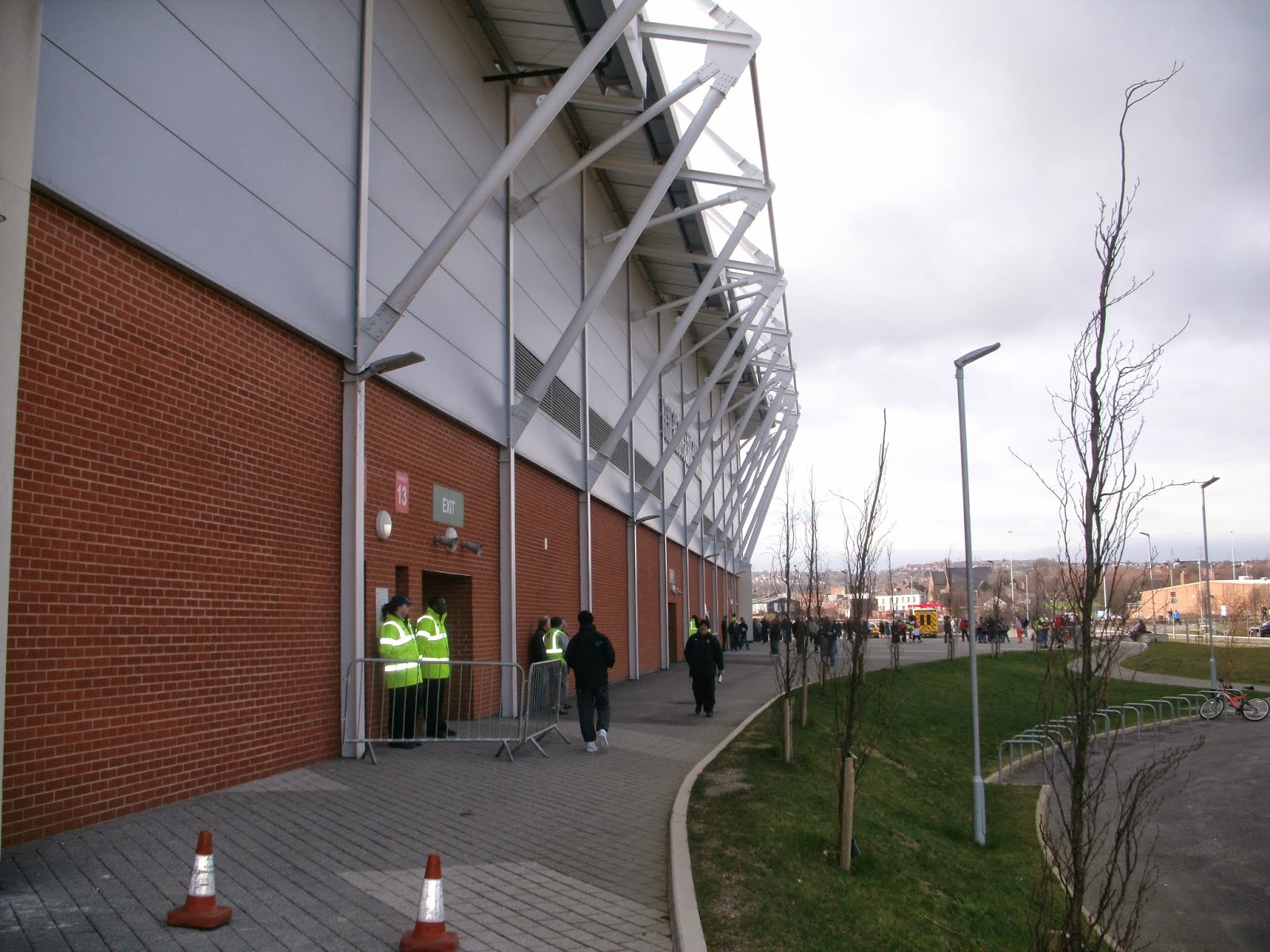 From the stadium, the floodlights and some of the exterior of Rotherham’s former home, Millmoor, are visible. The New York stadium is an all seated venue. The stadium has a 12,021 capacity and this is roughly broken down by the two end stands each holding 2,000 and the two side stands each holding 4,000. This Pieman sat in the North Stand. This area is the home ‘kop’ area. It is also the nearest part of the ground to the railway station! 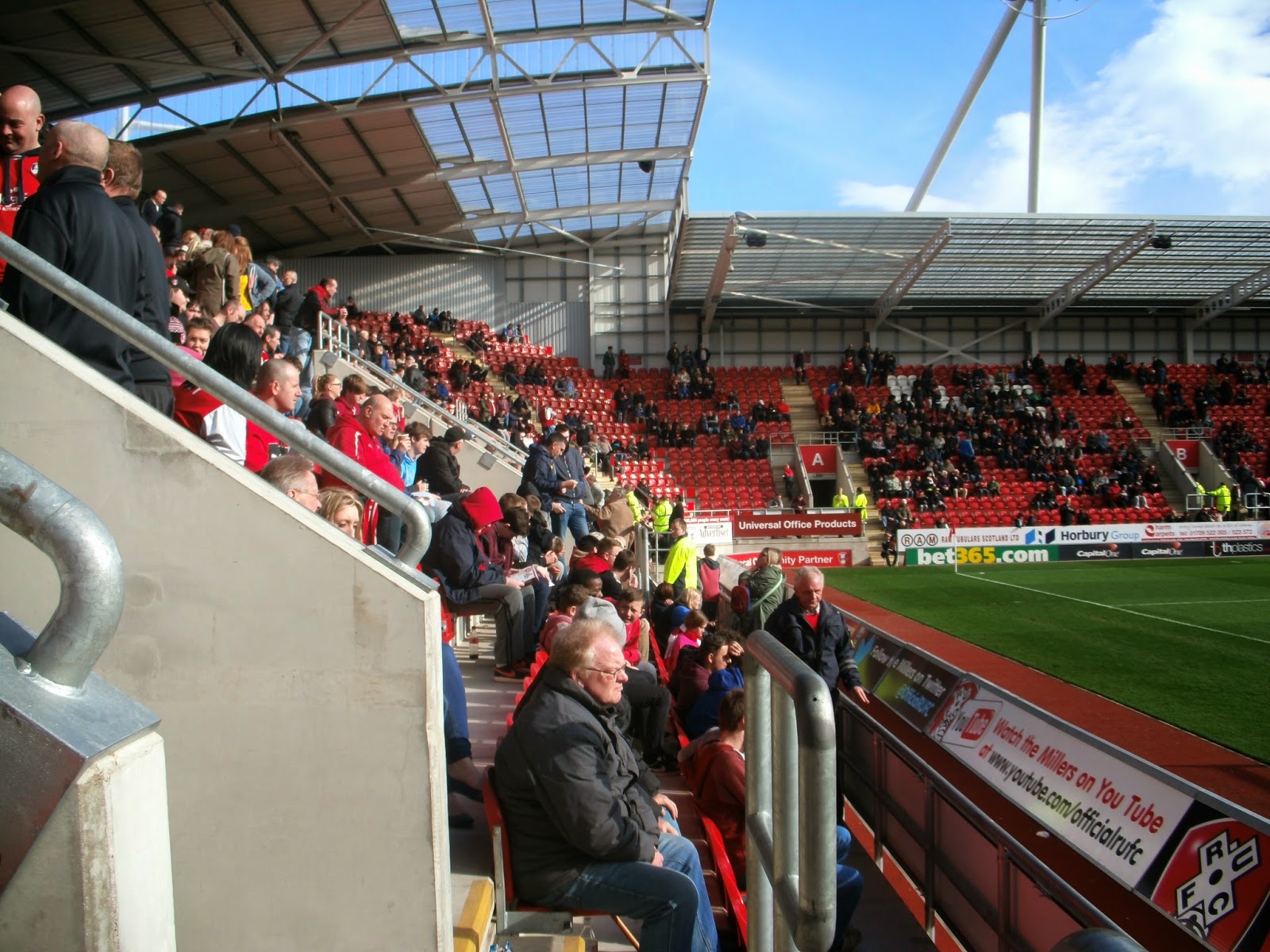 The home side occupied a place in the play-off positions whereas visiting Walsall were just outside these places. It was Walsall that asserted themselves better and I was particularly impressed with the quality of their passing. Walsall took the lead with a fine goal from Milan Lalkovic when his shot from the edge of the box went in off the right hand post. For the majority of the match it looked as if this goal would settle the match. The 73rd minute sending off of Walsall's Ben Purkiss did little to change this view. However with two minutes remaining, Nicky Adams levelled for the home side. A point each was probably just about right. 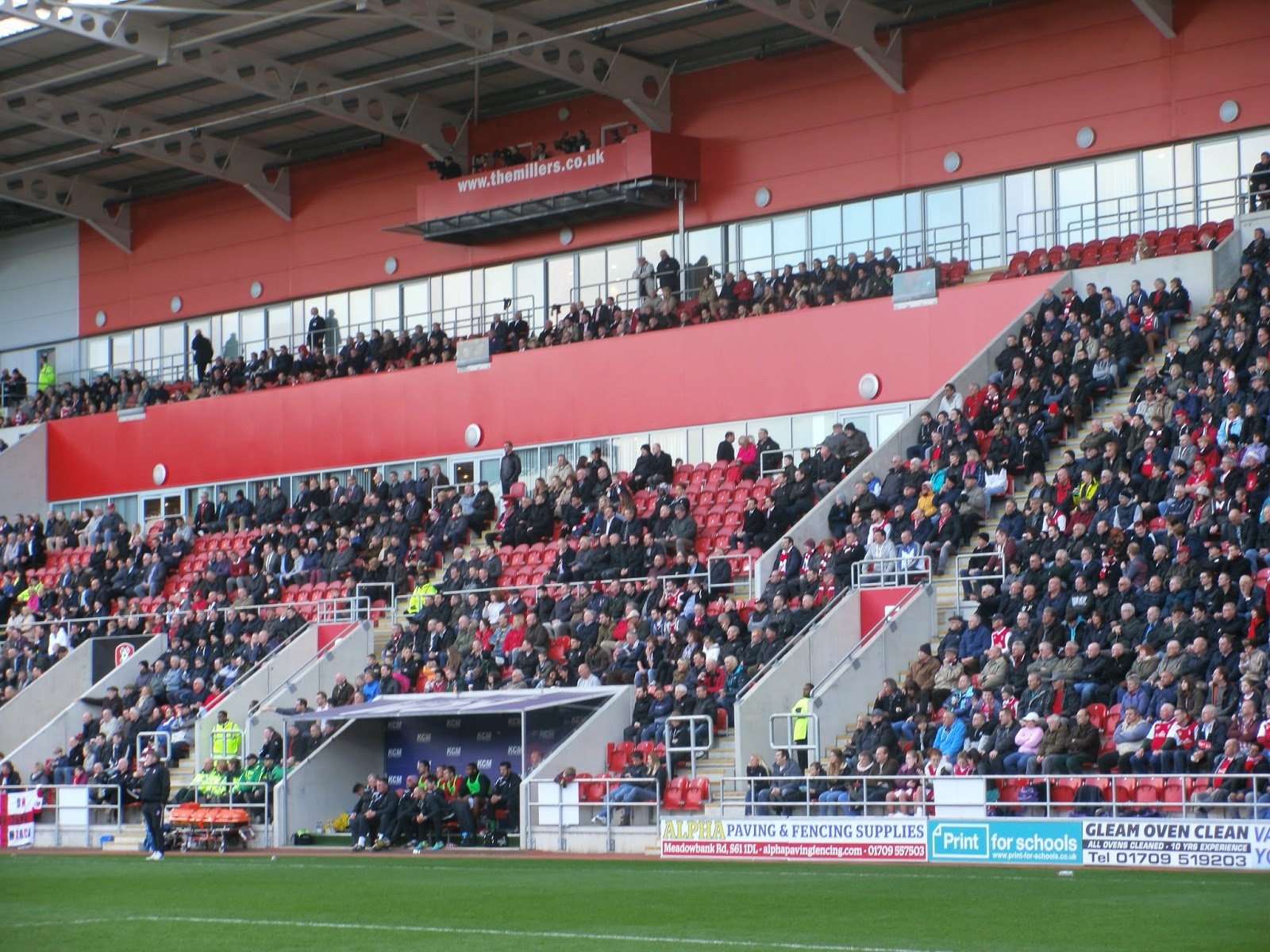 The New York Stadium is an easy venue to visit. Train services between Sheffield and Doncaster are regular. There are plenty of refreshment opportunities in the town centre, which is only a few minutes walk away. This Pieman is glad to be back on “92” but with two teams promoted to the League each season and new stadiums being built – how long will this last? 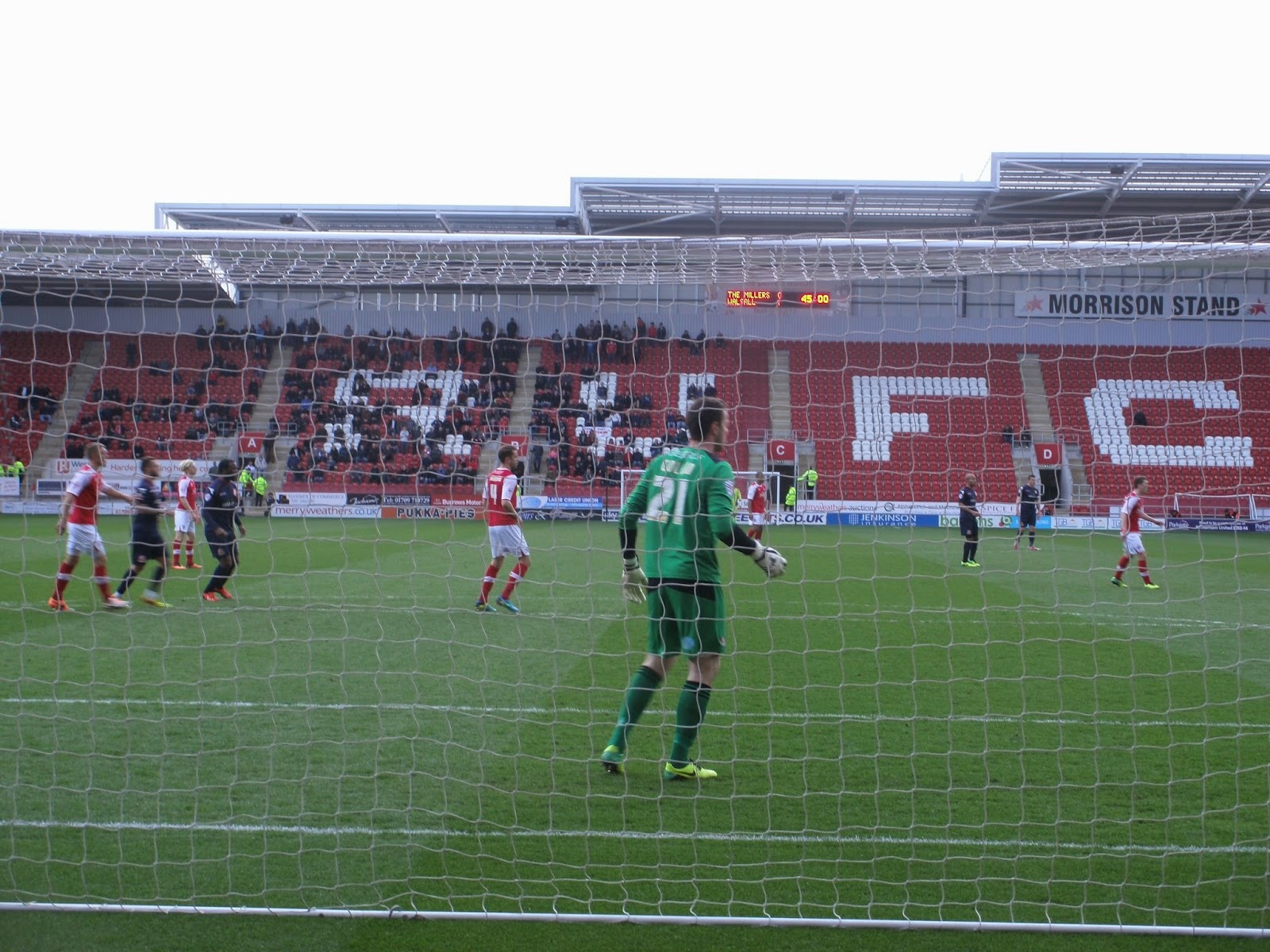 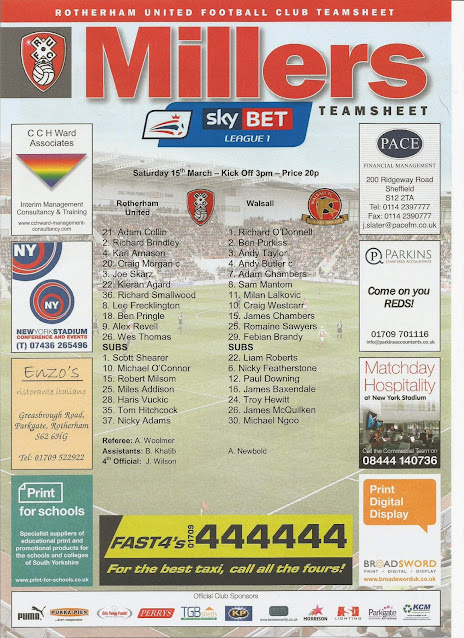 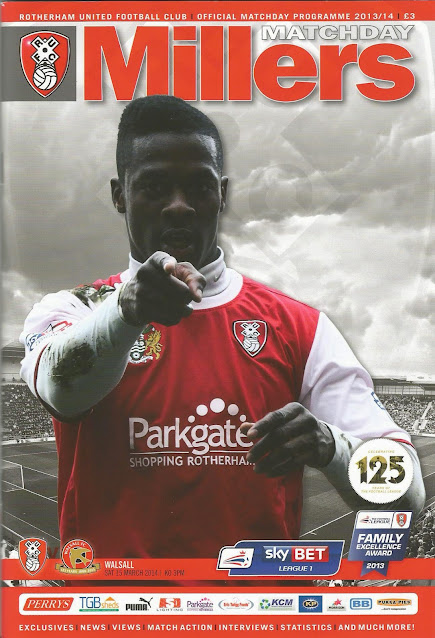