Brackley is a town in South Northamptonshire. It is about 19 miles from Oxford and 22 miles from Northampton. Historically a market town based on the wool and lace trade; it was built on the intersecting trade routes between London, Birmingham and the English Midlands and between Cambridge and Oxford. Brackley has connections with Formula 1 as it is close to Silverstone and home to Mercedes AMG. The town was the site of an important meeting between the barons and representatives of the King in 1215. King John and the barons were to have signed Magna Carta at Brackley Castle, but they eventually did so at Runnymede. 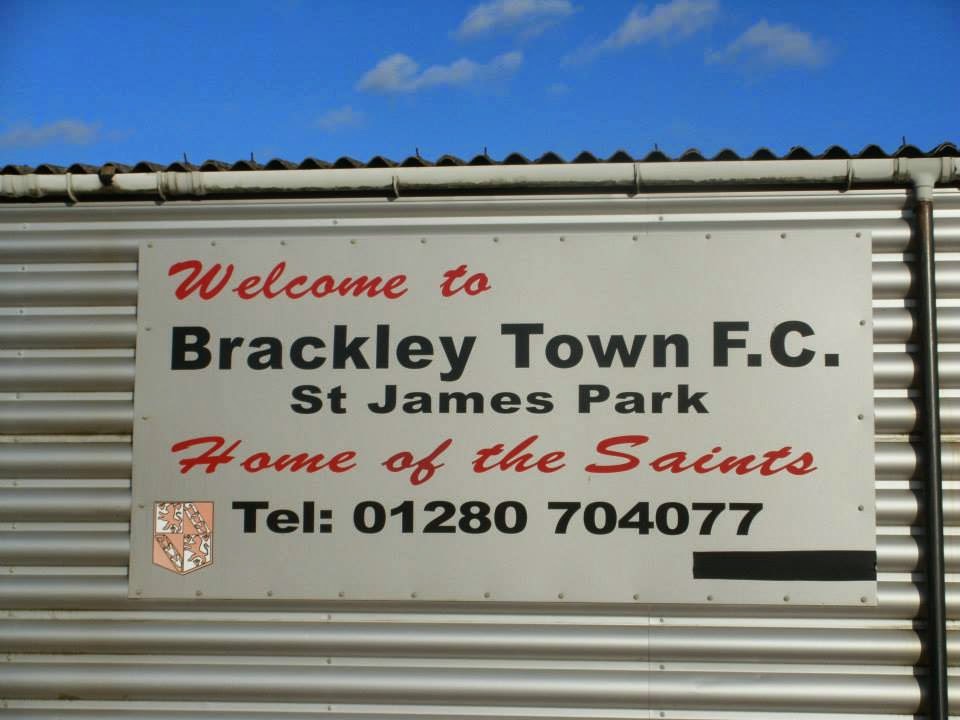 Brackley Town FC was formed in 1890 and were initially a prominent side in the area, but fell away, with most of the period before World War II being spent in the Oxfordshire Senior Football League. In 1974 they moved back to the North Bucks League and also moved to their current St James Park ground in Churchill Way. A small clubhouse and changing rooms were built and by 1977 the club had stepped up to the Hellenic League. They stayed in Division One until 1983 when they switched to the United Counties League, where they won the Division One title at the first attempt. Gradually progressing through the leagues, the club gained promotion to the Football Conference North in 2012. 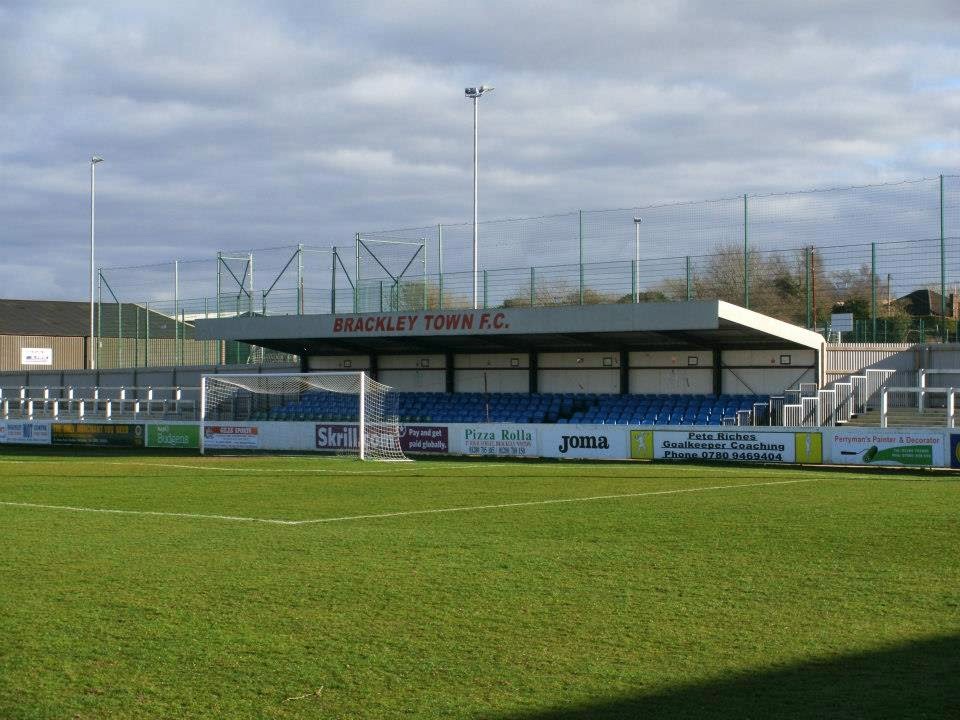 A mid afternoon departure enabled this Pieman to reach Brackley early. This was due to being offered a lift and facilitated some daylight photographs of St James Park. The rise of the club to Conference North has seen many ground improvements necessary to match grading requirements. There is covered seating along one side and behind one goal. Also behind this goal is some impressive terracing complete with crush barriers. The opposite end of the ground boasts another covered area for standing spectators. The clubhouse building has a licensed bar (Sharp’s Doom Bar on handpump) and a very good refreshment kiosk selling the usual drinks and snacks. 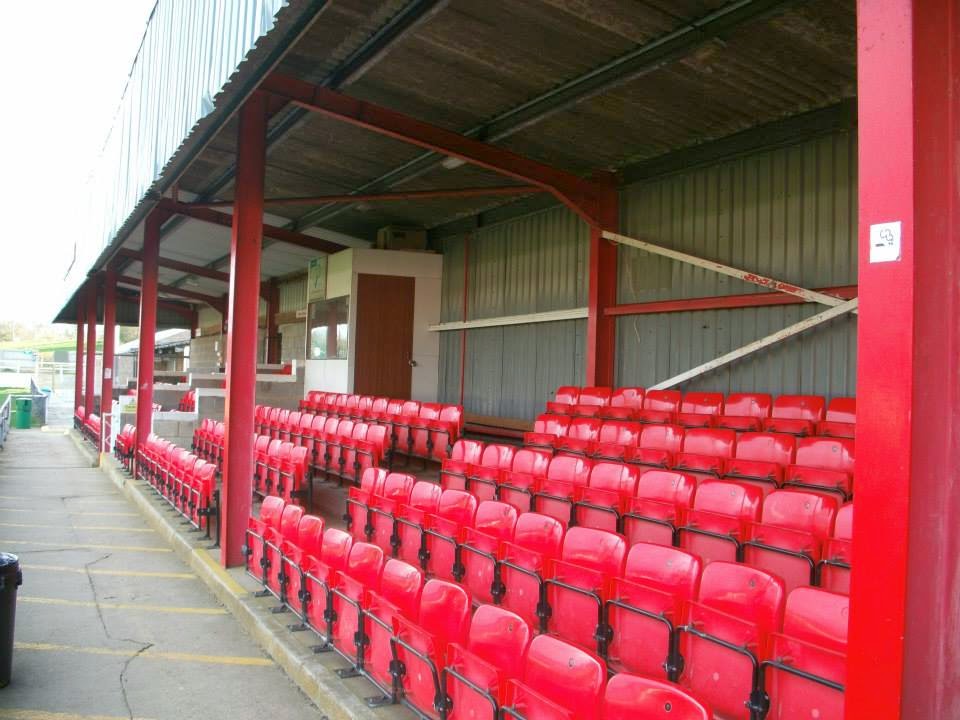 With time to spare before the match, our party headed for the nearby High Street in search of refreshment. There are plenty of options available. We opted to sample the delights of Cincinnati Joe's Diner near the Market Place. We were not disappointed and came away rather full! Burgers and Hot Dogs served with Fries and Onion Rings meant that we had no capacity to enjoy the tempting dessert menu! 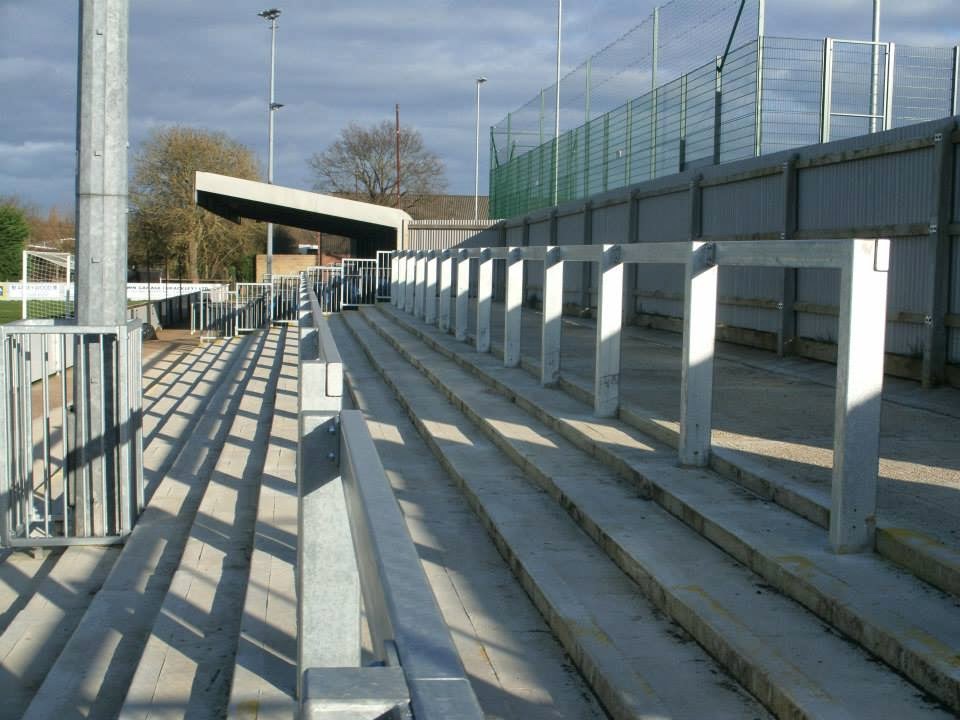 The match pitted Brackley Town, having a tremendous season and pushing for a play-off place, against Gloucester City, struggling this season and desperate to avoid relegation. Interestingly, the home side’s form had dipped recently whereas the visitors had suddenly started to get some good results. As a neutral, I was keen to see how these teams would fare against each other as we reach what many describe as the business end of the season. 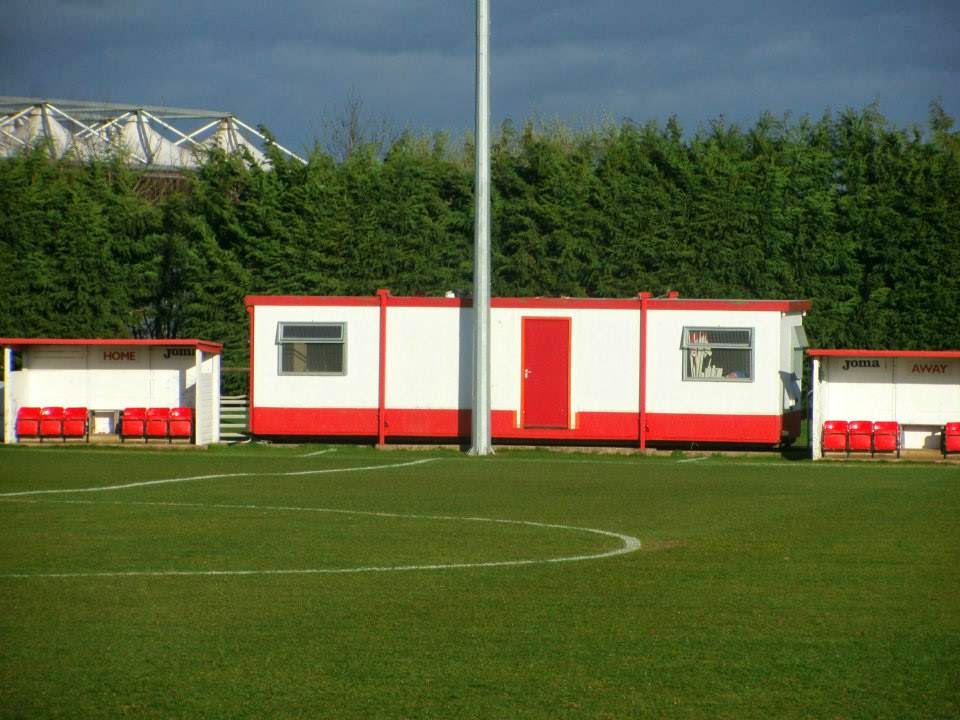 After a frustrating first period the match livened up considerably in the second half. It was the visitors who were more assertive and were just that bit more lively than their hosts. Gloucester took the lead after 56 minutes through Jake Gosling.  Izak Reid levelled for Brackley with a curling shot in after 78 minutes but the home fans were to be frustrated a minute later when Charlie Griffin powered home a header against the team he played for earlier this season. The points were sealed in the closing minutes when a free kick from Lewis Hogg eluded everyone as it sailed into the far corner of the net. 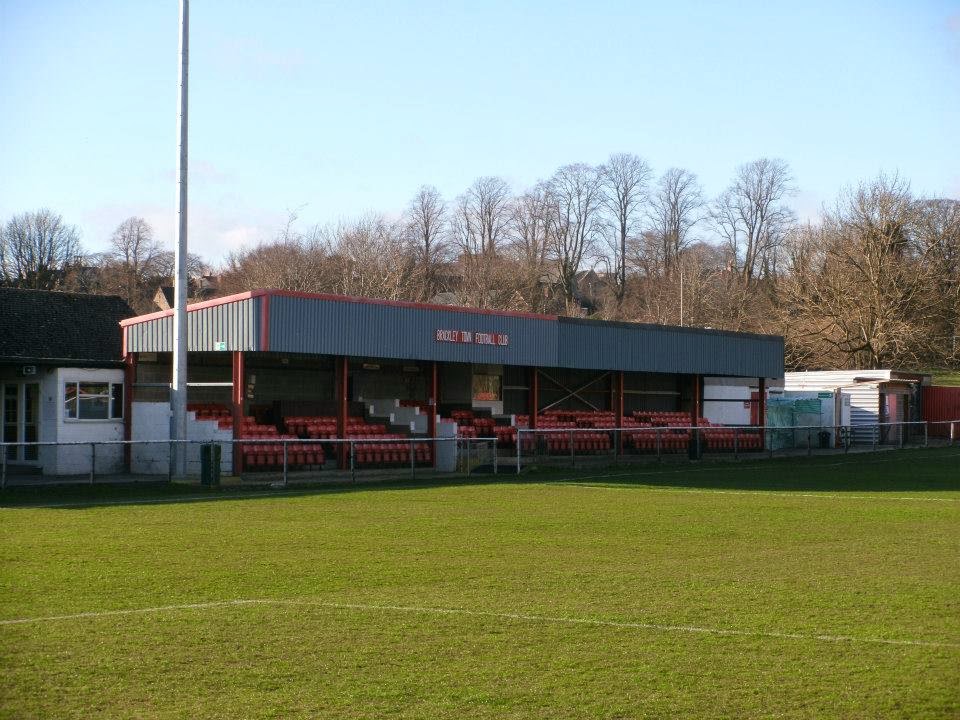 An enjoyable jaunt to a place not blessed by the best of public transport links. Brackley is served by buses, although I suspect a Saturday afternoon would lend itself better if attempting this option. There was a friendly atmosphere about the place and I believe the club and support really appreciate, without taking for granted, the amazing progress the club has made in recent seasons. Well worth a visit! 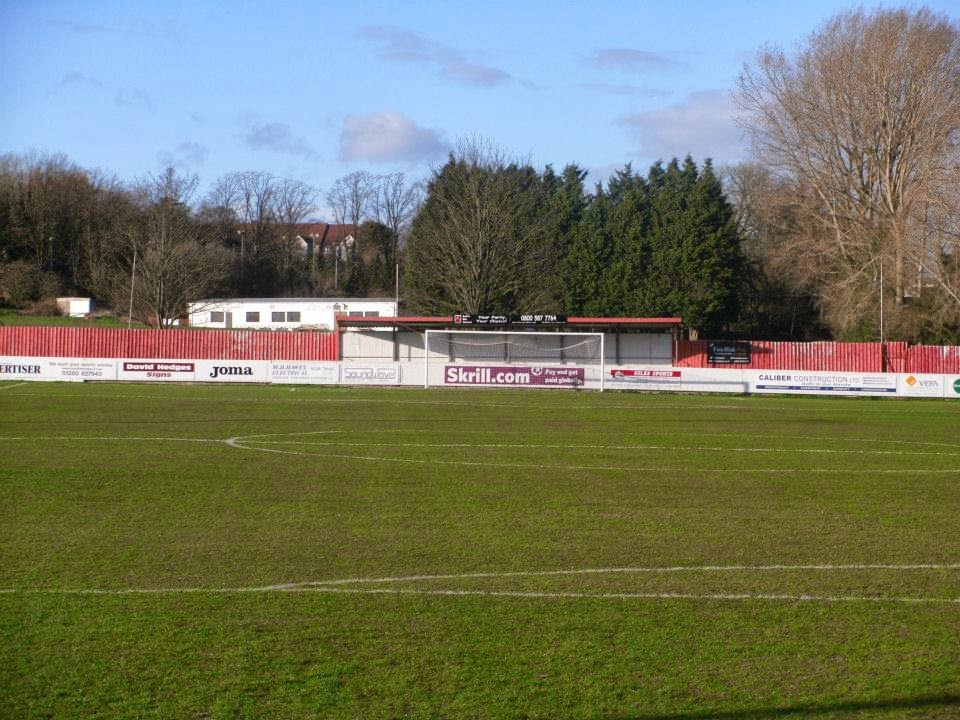 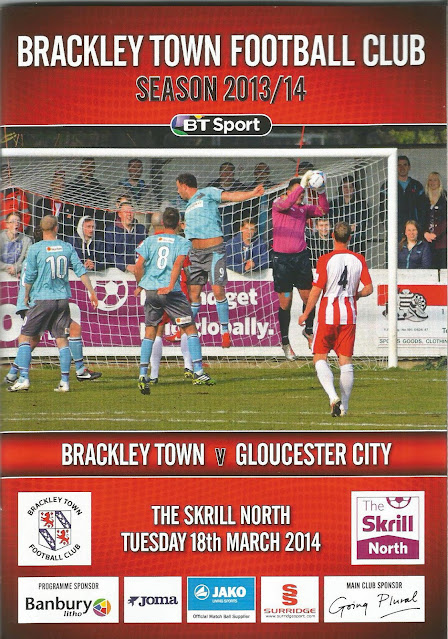