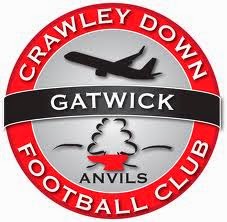 Crawley Down is a village in the Mid Sussex district of West Sussex. There is one church, one school, and a number of social groups. It lies seven miles from Gatwick Airport. Crawley Down means 'the hill near the pasture where the crows gather.' As a village it did not exist until late in the 19th century; before that the name referred to a rectangular stretch of uncultivated common land, surrounded by fields and woods. The road from Lingfield to Turners Hill formed the western boundary of the common, with Bowers Place and Sandhill Lane forming the eastern edge. Nearest railway stations are Three Bridges and East Grinstead. Crawley Down lies in the northeast corner of West Sussex, just one mile from the border with Surrey. Crawley Down has a King George's Field in memorial to King George V. Until 1967 the village was served by Grange Road railway station on the Three Bridges to Tunbridge Wells Central Line which closed as a result of the Beeching Axe in 1967. The old track bed has been revitalised as a linear Country Park called the Worth Way, which now offers a haven for wildlife and valued trail for walkers, cyclists and horse riders. 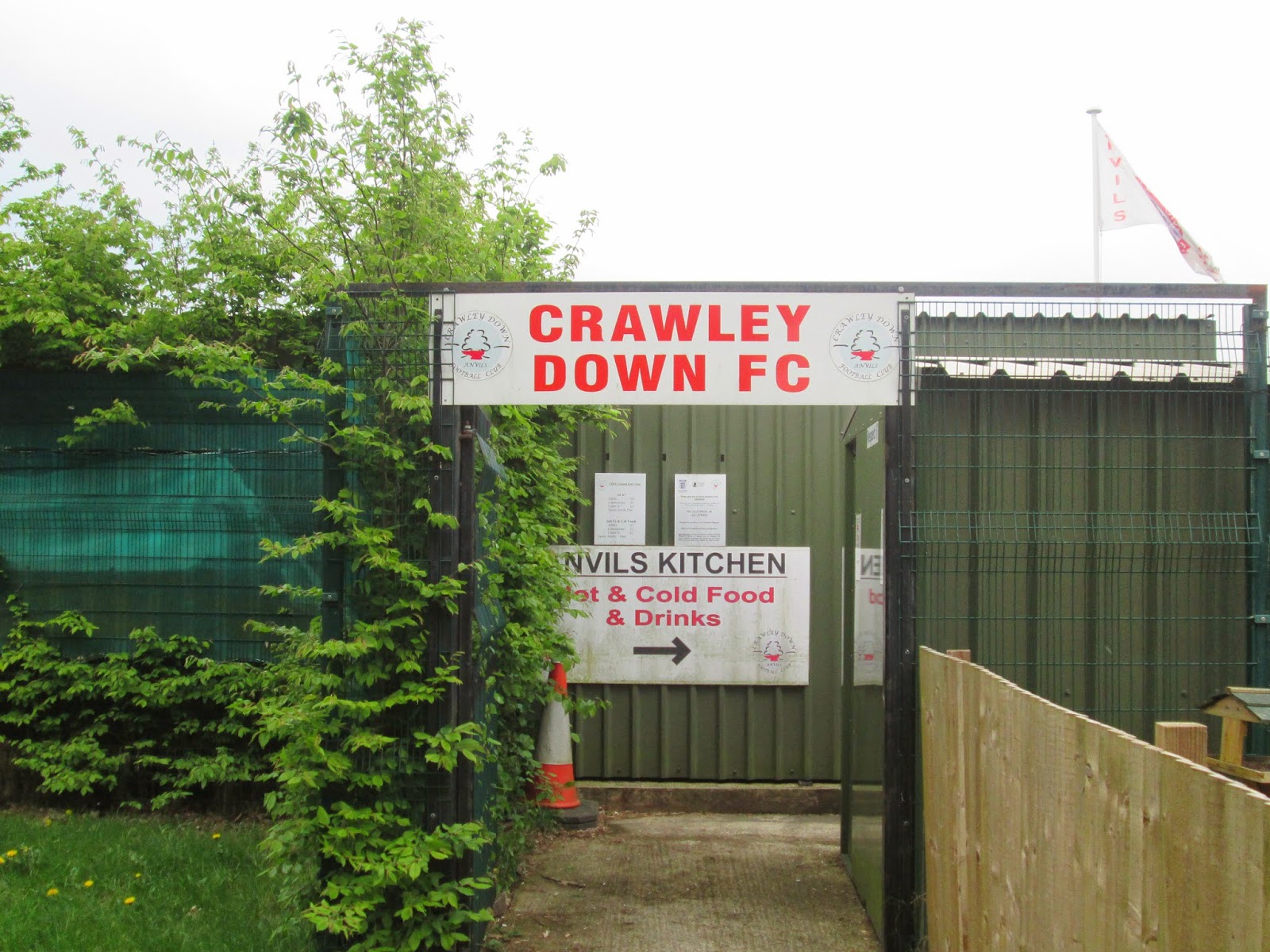 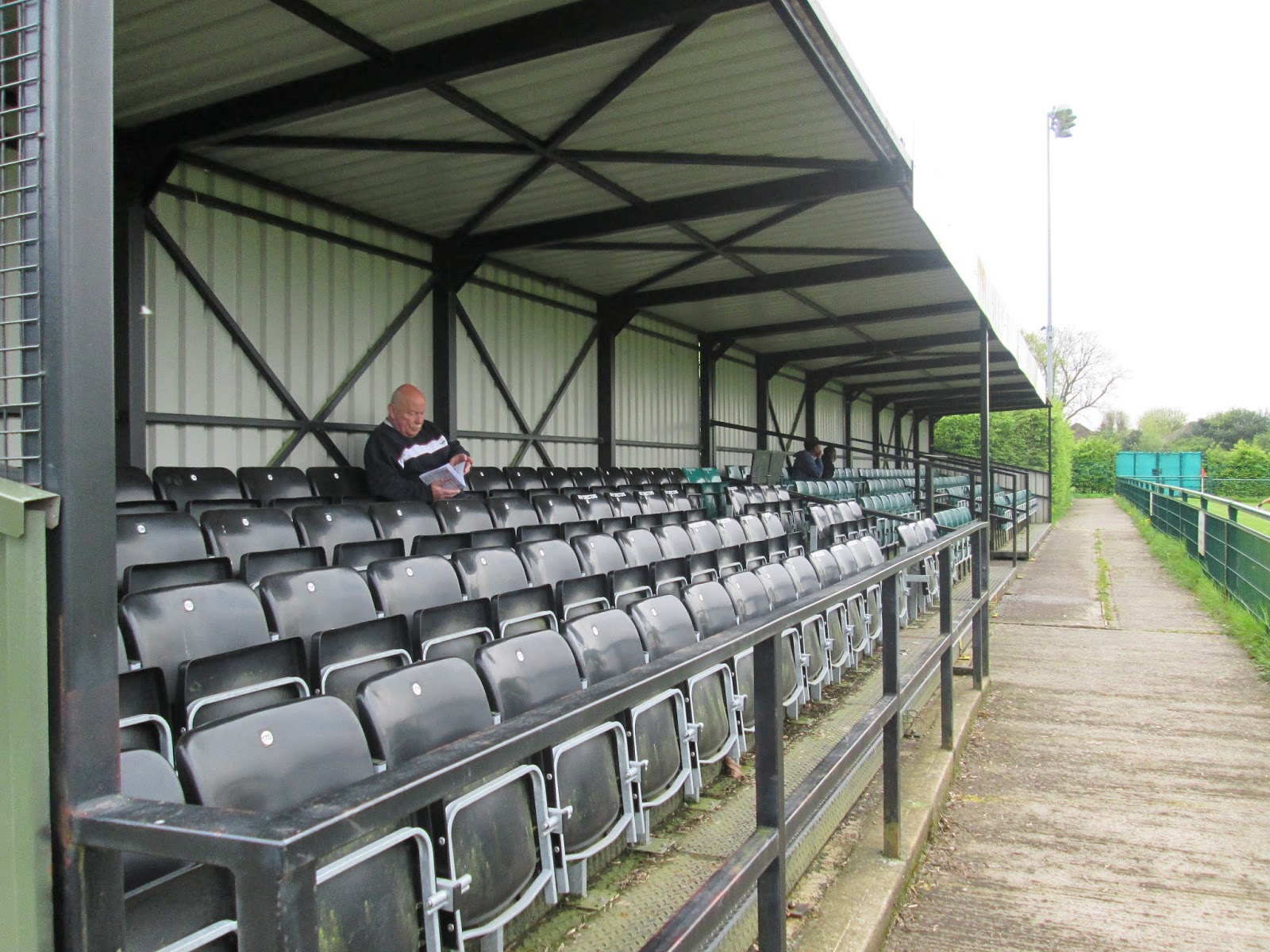 The Haven Sportsfield is an extremely smart venue. The rise of the club from county level to the Isthmian League has seen investment in the facilities, in order to reach the required standard. There is a covered seated stand along one side of the pitch and this is complimented by a small covered terraced area behind one of the goals. A refreshment trailer is on hand providing the usual favourites. 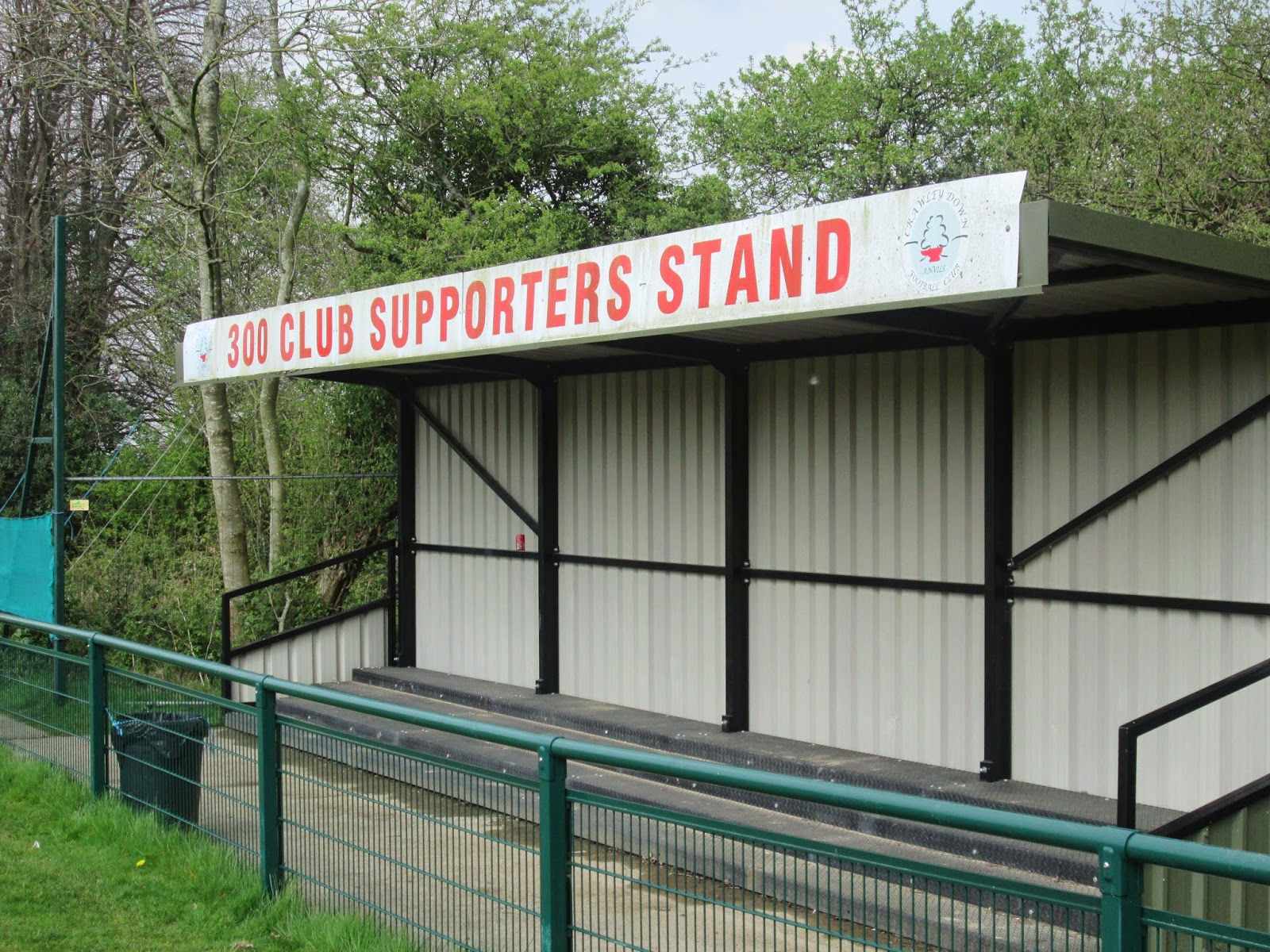 The pitch is surrounded by a smart perimeter rail and a concrete walkway. The dugouts are on the opposite side of the pitch to the seated stand. The changing facilities are housed in the main sports complex adjacent to the ground. 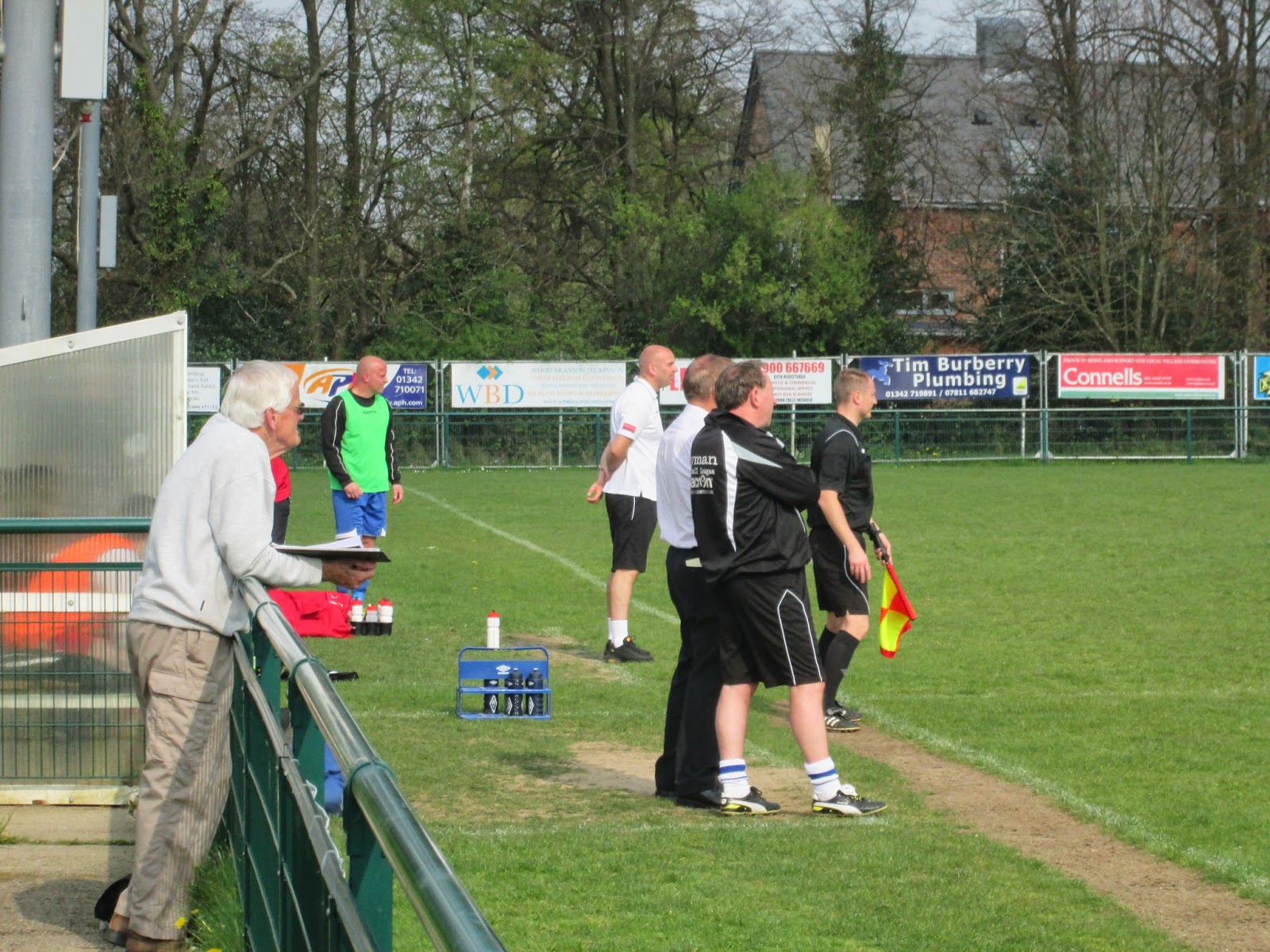 This match saw already relegated Crawley Down host Hythe Town who were sitting comfortably in mid table. What was always likely to be an uphill struggle for the home team became worse early in the match when a player was sent off for a blatant off the ball kick on an opponent. Although not sure, the Pieman believes there must have been some provocation for this act as the incident came out of the blue. 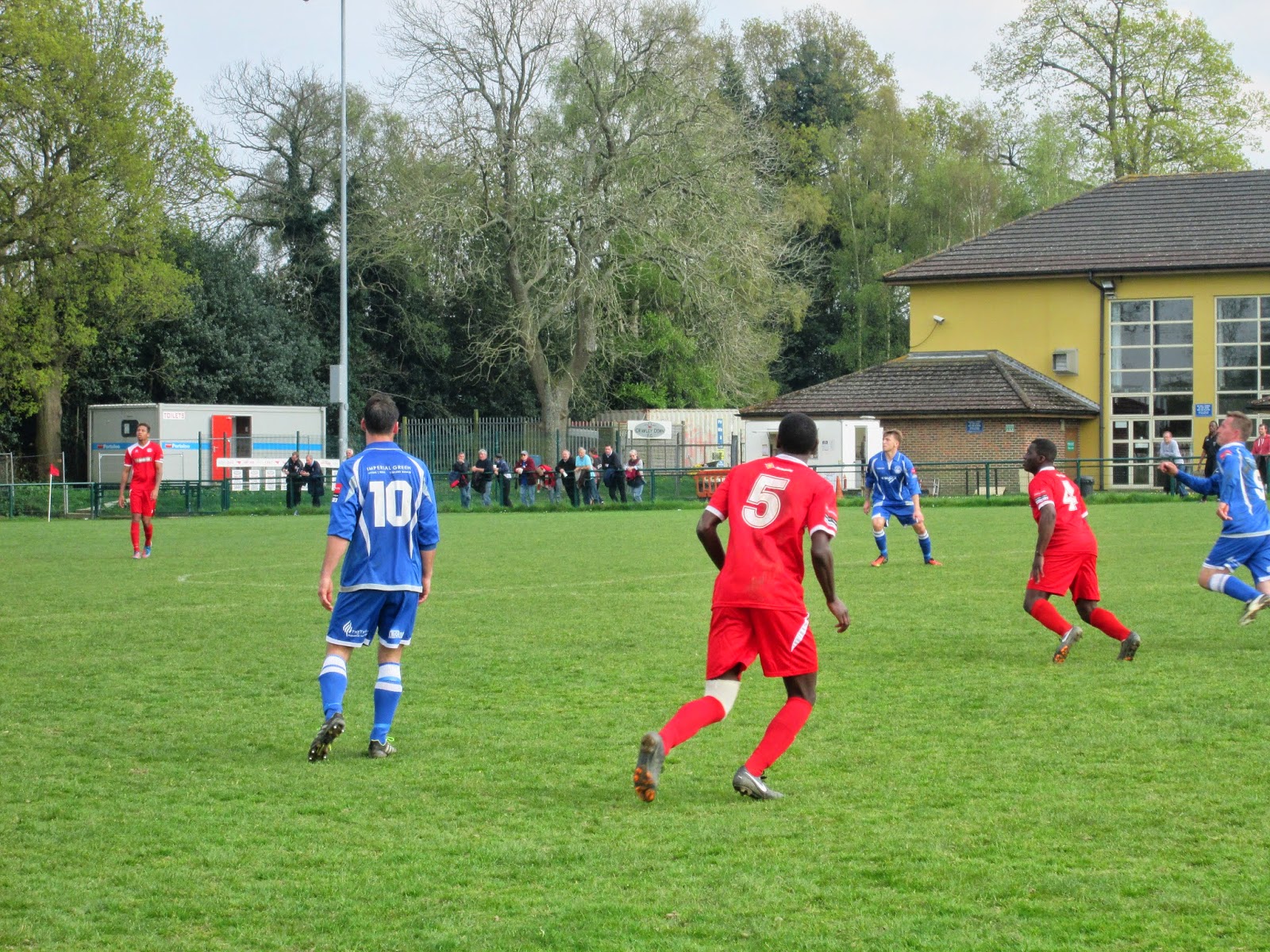 However, the referee had been left with no option. This was not the case a short while later when a Hythe player committed what this Pieman considered to be a worse (potential leg breaker) challenge in full view of the referee. By only showing a yellow card to the offender, the official highlighted the inconstant standards often seen in the game. Yes, the sending off was justified but this “studs up” challenge deserved the same outcome. 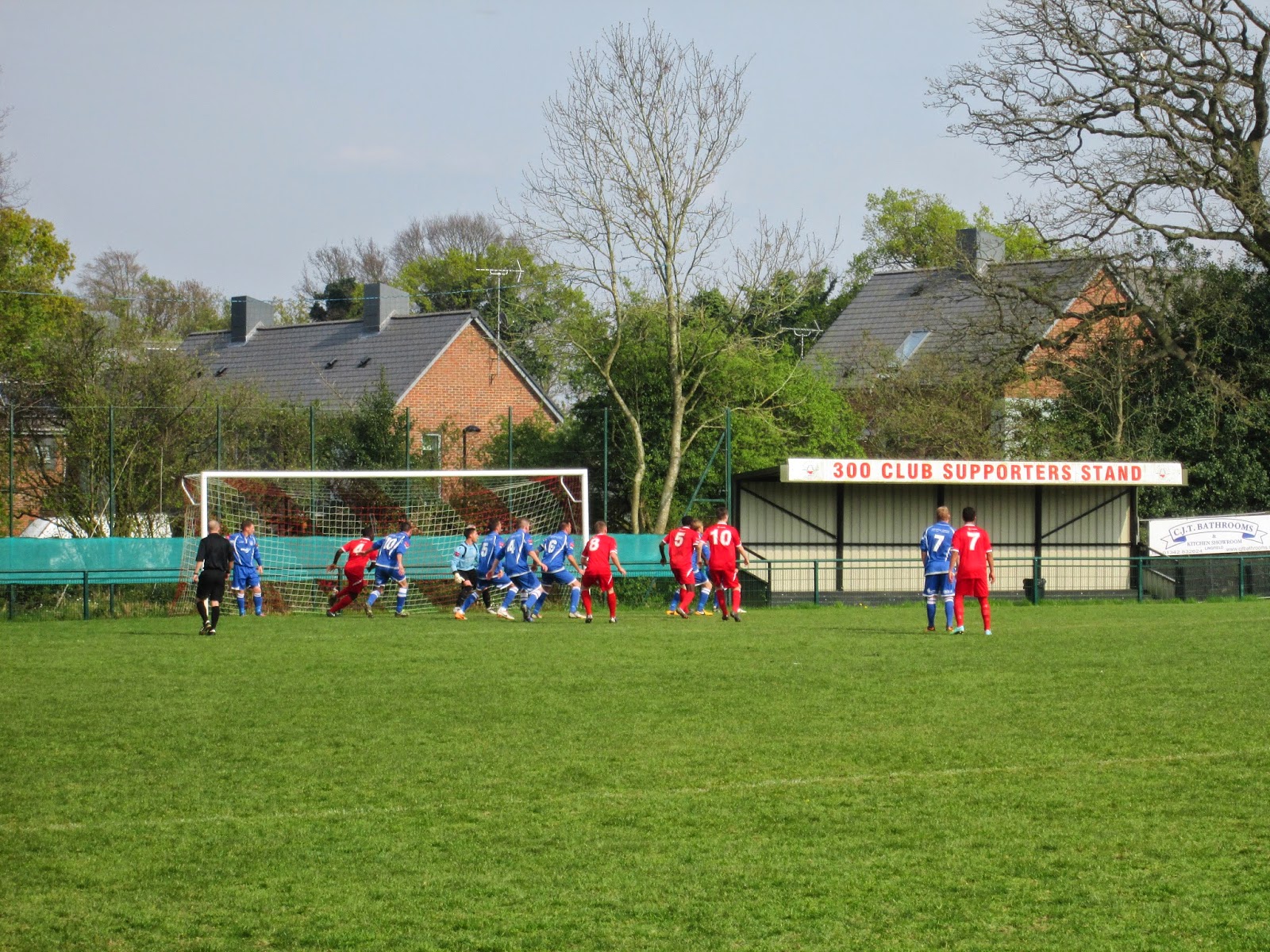 As the match progressed the dominance of the Kent side intensified. The 0-6 defeat typified the miserable season that the Sussex team has experienced. Despite this, a number of their fans/officials waited for Hythe to leave the field after the match and congratulated them. A really nice touch that speaks volumes for this club. This Pieman wishes them well for next season. 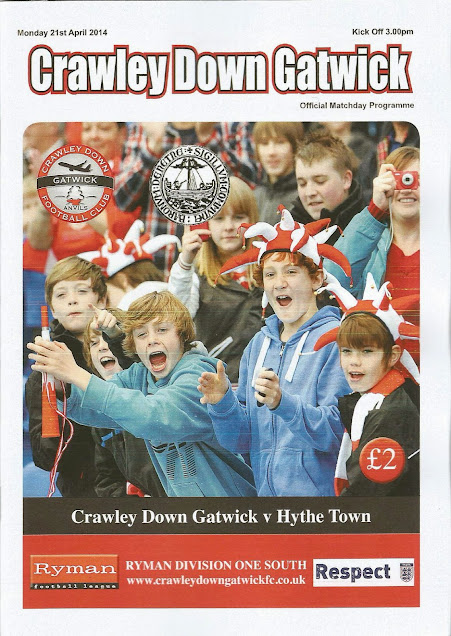