Rochester is a town and former city in the unitary authority of Medway in Kent. It is at the lowest bridging point of the River Medway about 30 miles from London. The town was for many years the favourite of Charles Dickens, who lived nearby at Gads Hill Place, Higham, and who based many of his novels in the area. Rochester has produced two martyrs: St John Fisher, executed by Henry VIII because he refused to sanction the divorce of Catherine of Aragon; and Nicholas Ridley, executed by Queen Mary as an English Reformation martyr. The town is home to a number of important historic buildings, the most prominent of which are the Guildhall, the Corn Exchange, Restoration House, Eastgate House, Rochester Castle and Rochester Cathedral. Many of the buildings in the town centre date from the 18th century or as early as the 14th century. The chapel of St. Bartholomew's Hospital dates from the hospital's founding in 1078. 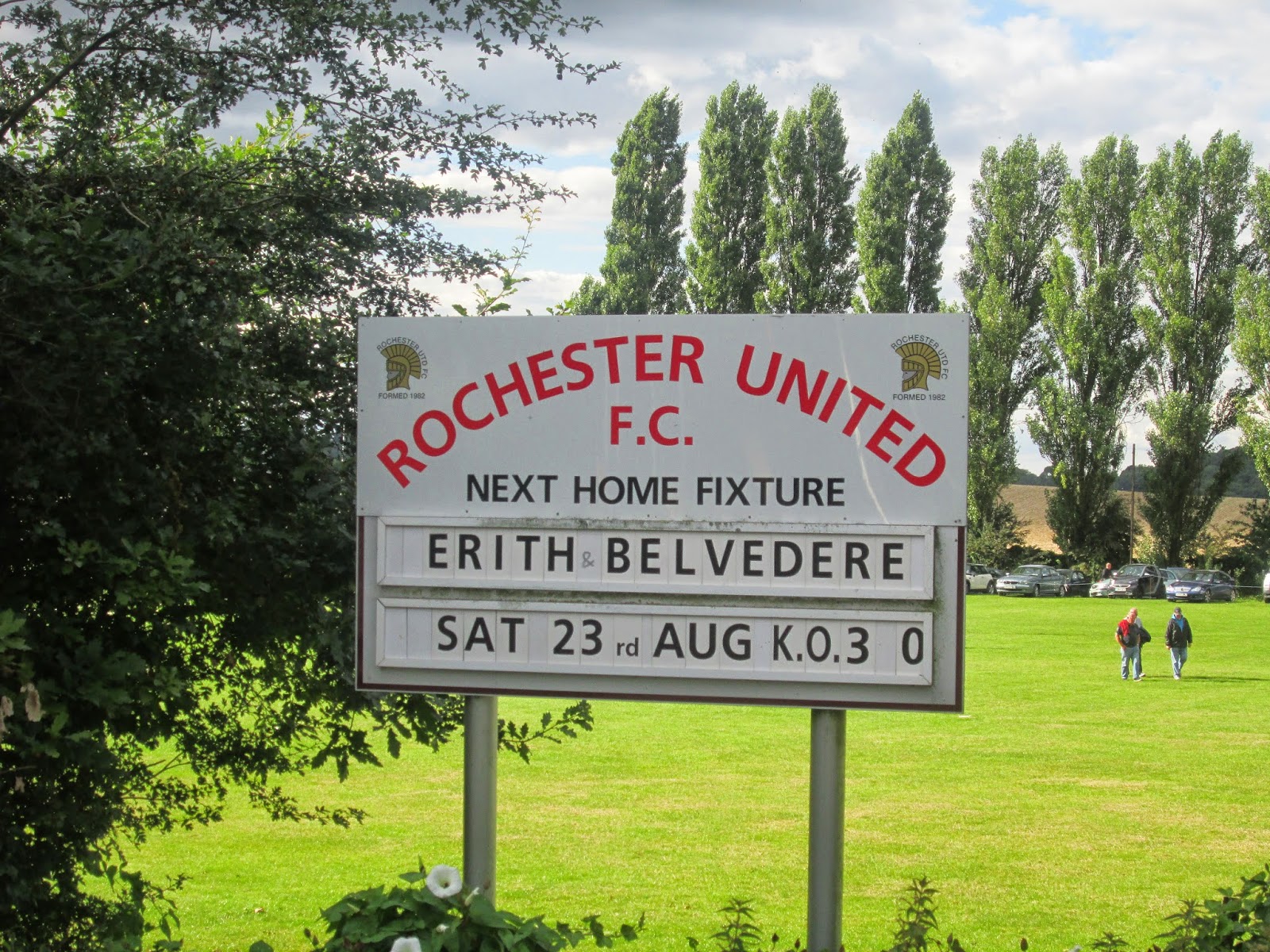 Rochester United FC was founded in 1982 as Templars and joined the Sunday Medway Football League. There they changed their name to Bly Spartans and played for 15 years before being promoted to the Senior Division. In 1997, the club successfully applied to join the Rochester and District Football League Division One. The following season they won the title and were promoted to the Premier Division. They were accepted into the Kent County Football League in 2000, being placed into the Division Three West. After two successive promotions as runners-up the club was in Division One West by 2003. In the 2006–07 season they finished runners-up, and the following season, after being transferred to Division One East, won the title as well as two cup competitions and were promoted to the Premier Division. The club achieved Chartered Status in 2009 and installed floodlights in 2010, leading to their successful application to become founder members of the Kent Invicta League. In 2012, they became the inaugural champions of the Kent Invicta League and gained promotion to the Kent League (now Southern Counties Eastern League). In May 2012 the club announced that they had sought permission to rename themselves Rochester United from the start of the 2012–13 season. 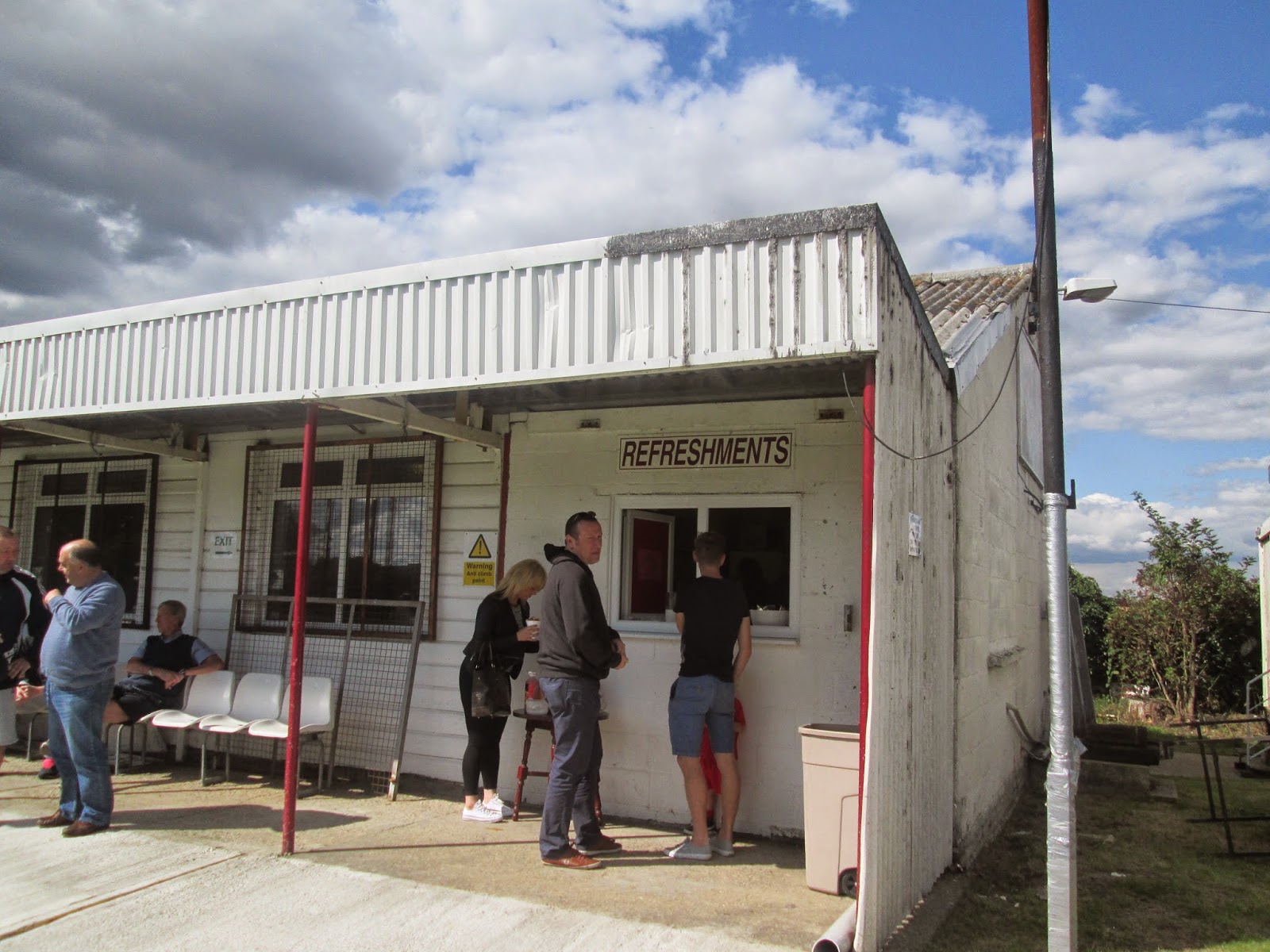 The journey to Rochester involved a trip around the M25 where traffic congestion prior to the Dartford Crossing did put the Pieman’s attendance at this Southern Counties East League match in doubt. However, once over the bridge and £2 paid, the remainder of the journey to Rochester United Sports Ground, the home of Rochester Town FC, was swift and with ten minutes to spare we were removing bollards to secure a parking space! 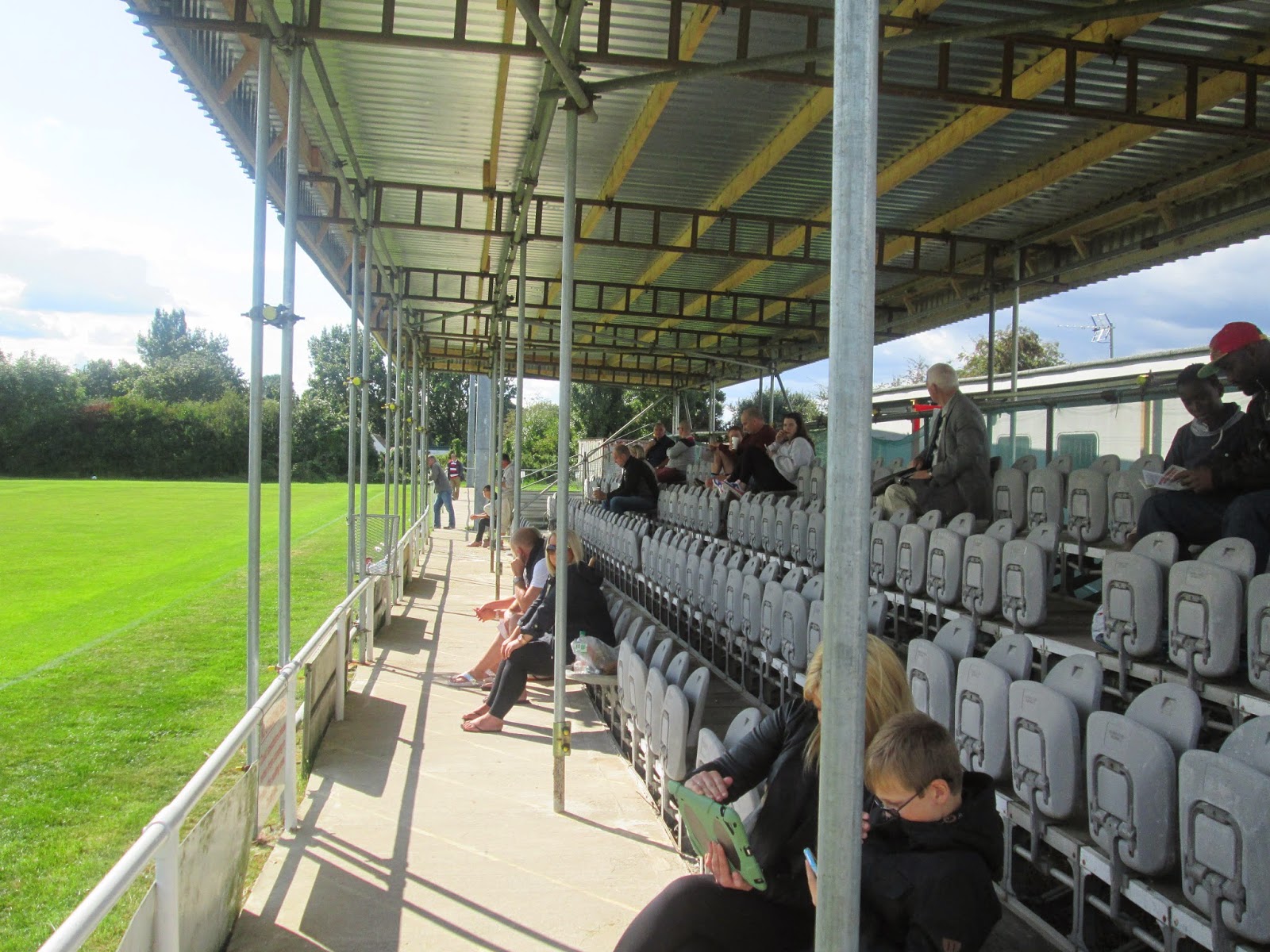 According to signs there is still building work taking place at this venue but it is more than suitable for this level of football, with a large seated stand along the same side of the pitch as the clubhouse and associated buildings. It was good to be able to grab a cup of tea from the hatch on arrival. I noticed that more solid refreshment in the form of chip butties were available at £1:50. 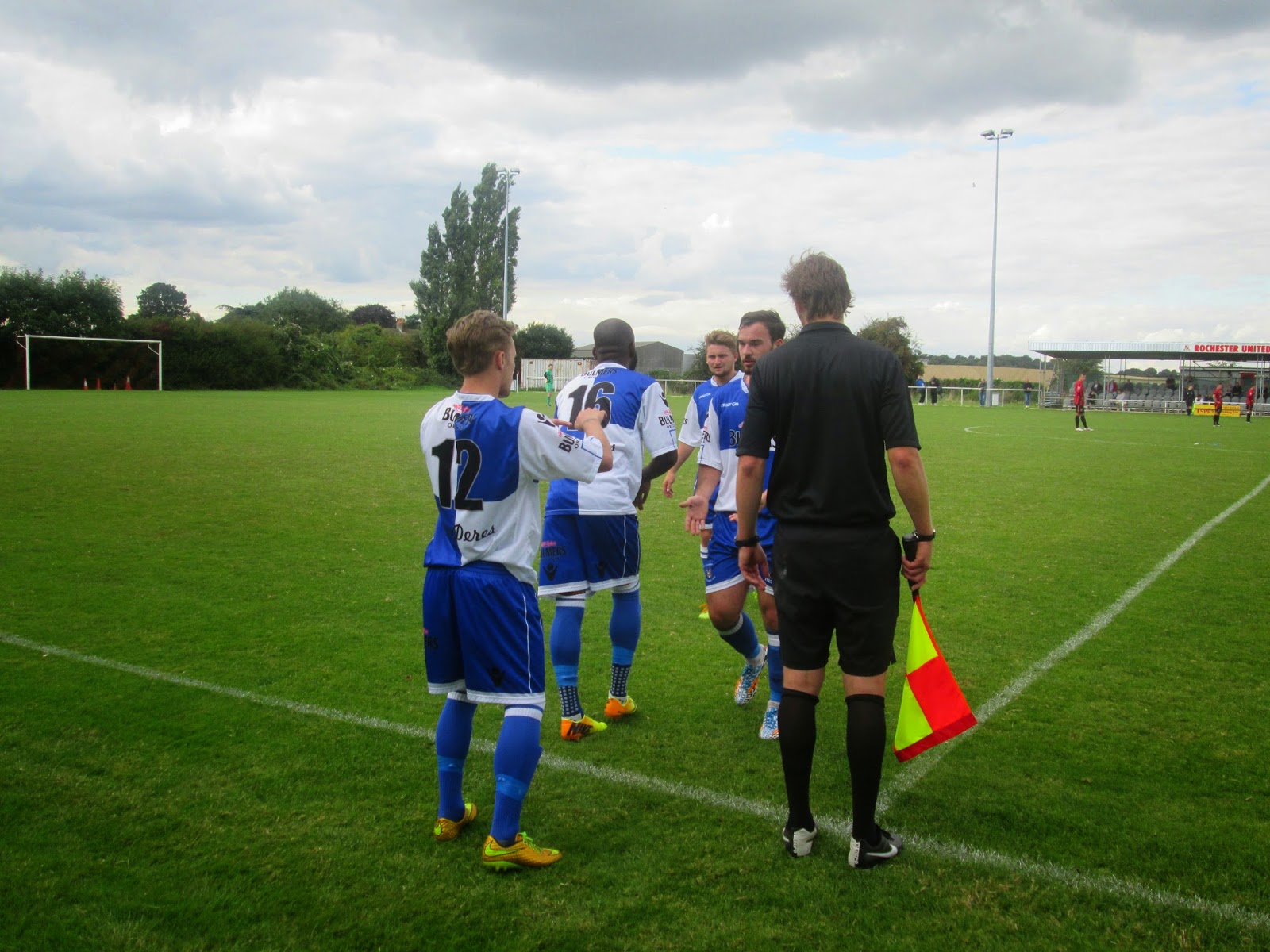 On a pleasant late August Saturday afternoon, this Pieman opted to view proceedings from the opposite side of the pitch. Near the half way line between the respective team benches. Visitors Erith & Belvedere were already top of the league, having made a great start following relegation from the Isthmian League last season. Their quick passing and movement along with their smart ‘Blackburn Rovers’ outfits was impressive and at the break they were 1-0 up. 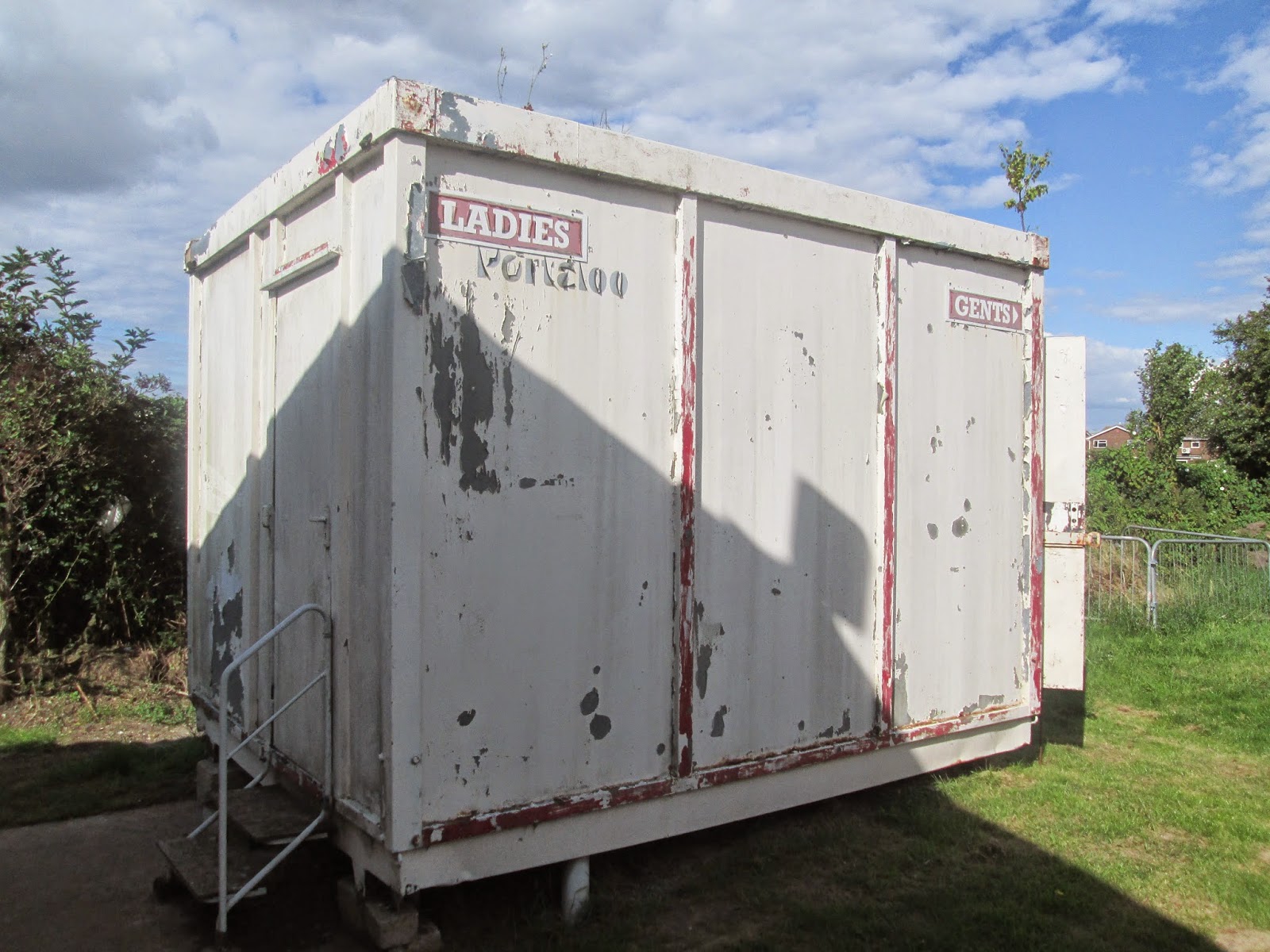 The home side had also played reasonably well but as a neutral I did not see how the continual swearing from both pitch and dug out was helping their cause. This worsened in the second half as the visitors began to take a firm grip on the match. The second goal was a superb free kick following a thuggish challenge by the foul-mouthed Rochester captain – he was later booked for another offence and really should have been red-carded. A third Erith goal following a neat turn in the box was deserved and it will be interesting to watch their progress this season. 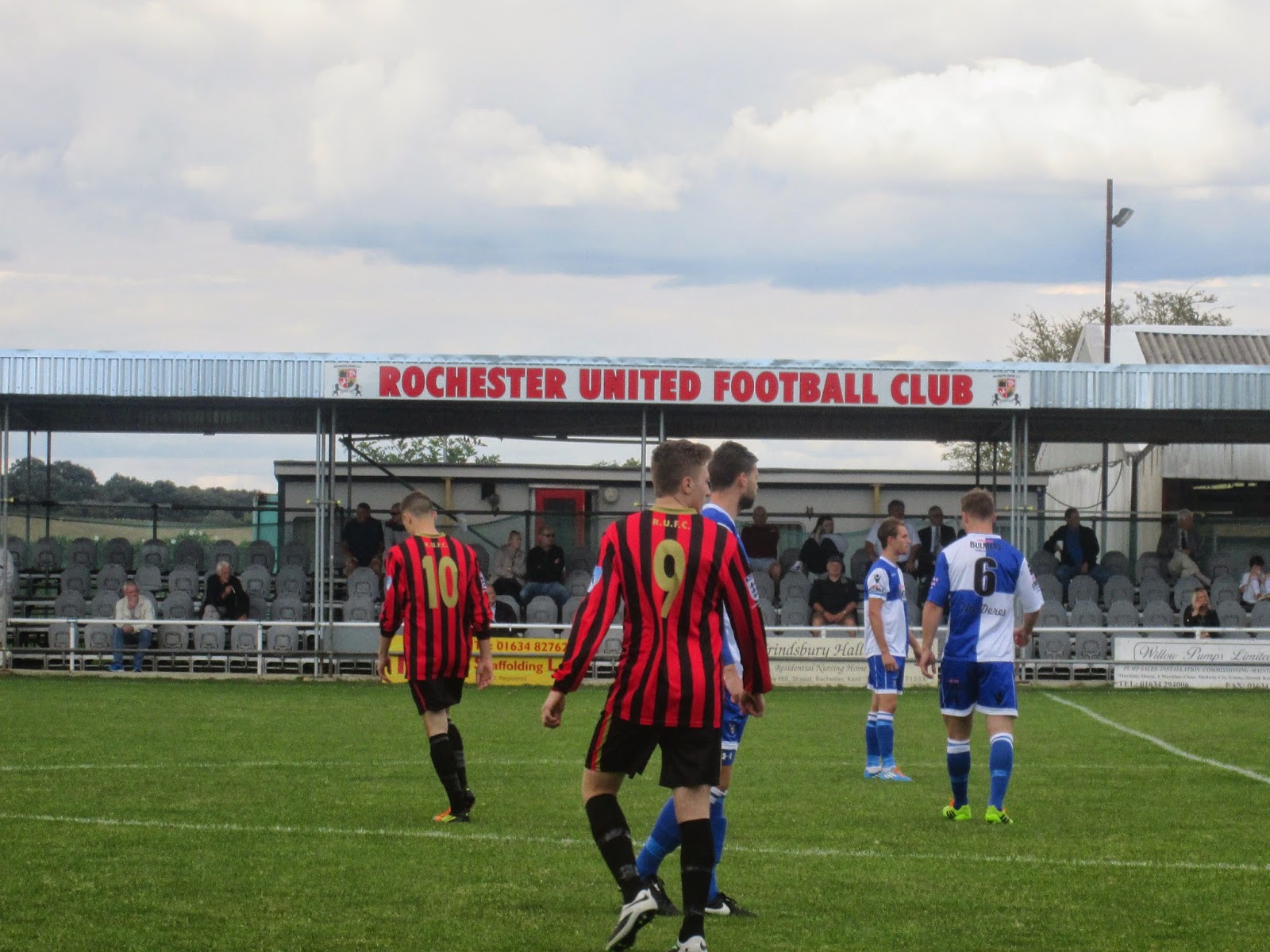 I believe Rochester United to be a friendly club and hope that the antics of their captain and ‘frustrated’ manager’s language are not typical of the set up. A better side beat them, it happens to us all – get on with it! The journey home was problem free along a better-behaved M25 – this time! 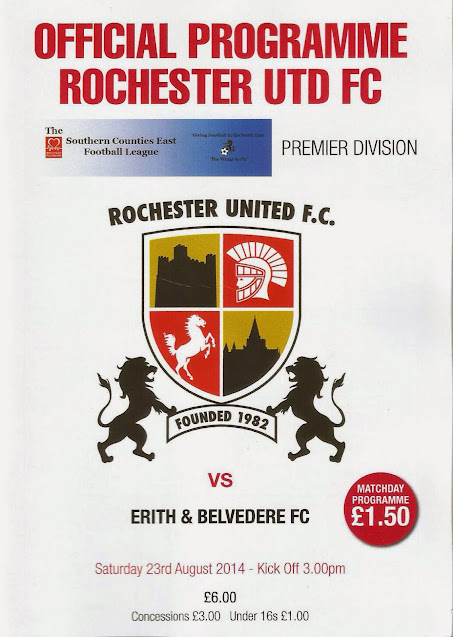