Uckfield is a town in the Wealden District of East Sussex. The town is on the River Uck, one of the tributaries of the River Ouse, on the southern edge of the Weald. The town was originally called Uccafield. Uccafield derives from the Celtic word for 'High' or 'Height' - Uchafedd, this in turn coming from the Indo European 'Uchch'ya'. When the Anglo Saxons heard this word they changed the 'fedd' part to something they understood - 'Feld' from which 'field' derives. Uckfield was the last place Lord Lucan was seen, at Grants Hill House, the home of his friends Ian and Susan Maxwell-Scott. Uckfield is connected to London Bridge station by Southern rail services on its Oxted Line via East Croydon. Until 1969 the rail link continued to Lewes; after it was closed Uckfield became the terminus; the station building was rebuilt in 1991 to avoid the necessity of a level crossing. The Wealden Line Campaign hopes to reopen the closed section to Lewes. 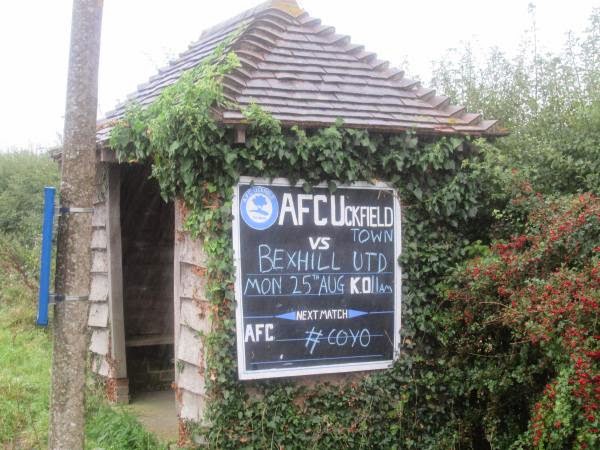 It was announced in July 2014 that AFC Uckfield Town would take its place in Division Two of the Sussex County Football League for the forthcoming 2014/15 season after the merger of AFC Uckfield (previously Wealden FC) and Uckfield Town FC. The respective press release was worded as follows "The merger provides a promising future for football in Uckfield, with the newly-formed club hoping to attract support in the local community from the East Sussex town. The club promises to be pushing forward both on and off the pitch, with promotion to the top flight of the Sussex County League an aim for the front side." Accordingly the merger of the town's two senior clubs was viewed as the way forward and it will be interesting to watch developments. 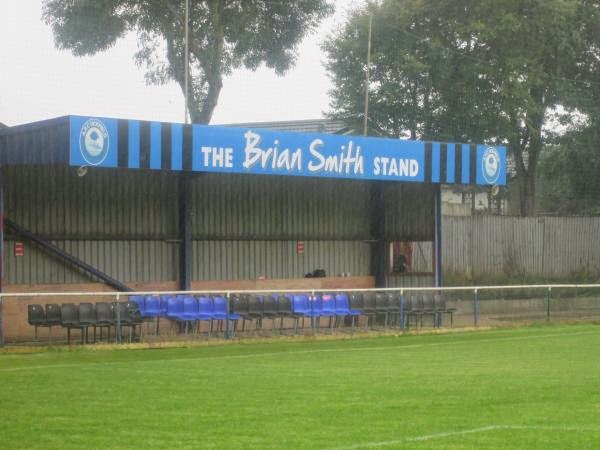 An August bank holiday double was the order of the day. However, the traditional English holiday weather was trying hard to be a hindrance as it started to rain as soon as I left home for the short walk to get my lift. A trouble free journey around the M25 and over the Dartford Crossing enabled us to reach The Oaks, the home of AFC Uckfield Town. 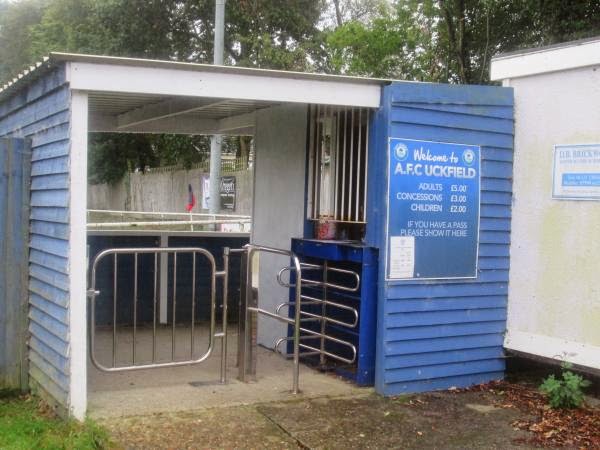 The home side was playing Bexhill United in the Sussex County League, Division Two. The heavy rain did not appear to have put this fixture in doubt. It will have helped being so early in the season, as in the winter months it might have been different. There was just one corner of the playing area that was holding a bit of standing water as I toured the ground taking photographs prior to the match and this was minimal. 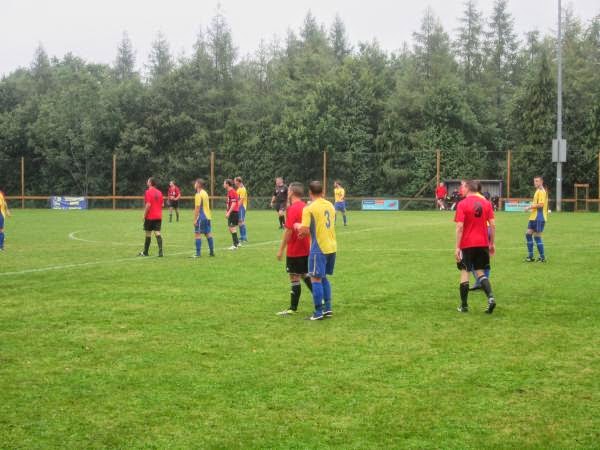 As you enter the site along a narrow lane, the clubhouse building is immediately in front of you. The turnstile is to the right of the small car park. Covered spectator accommodation in the form of two seated stands is available along a one side of the pitch and behind both sets of seats are areas where standing is possible under the same cover. On the opposite side of the pitch are the dugouts but it is not possible to view the action from this area due to the close proximity to the wooded area immediately next to the ground. It is possible to view from behind the goals, weather permitting! 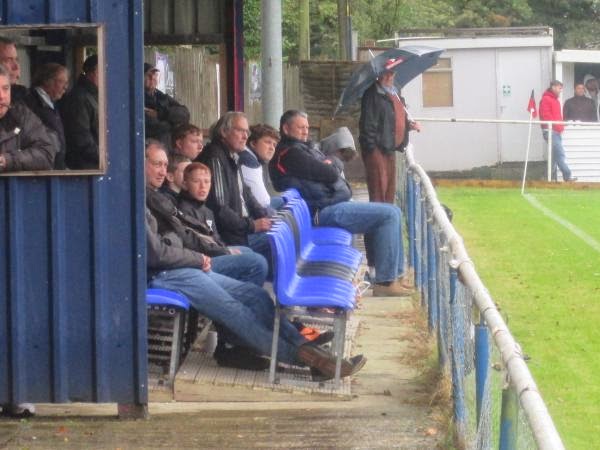 Refreshments (hot and cold food) are available in the clubhouse and it is possible to bring mugs of tea in to the ground. We opted to stand behind a set of seats taking full advantage of the cover. The match took a while to liven up but both sides coped well with the conditions all considered. At half time a fellow spectator commented "for a 0-0 this has got 0-0 written all over it" and he wasn't wrong. Despite the best efforts of the players in the second period, which improved as a spectacle, 0-0 it was! 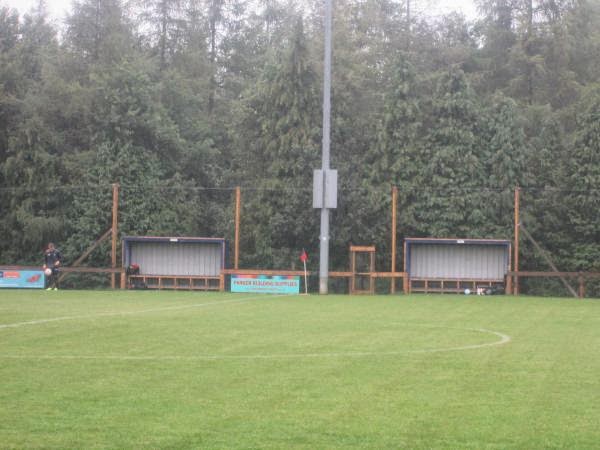 I liked this venue, the officials are friendly and helpful and there is a good feeling about the place. Uckfield railway station is probably between 30 – 40 minutes walk away and this would be a pleasant stroll on a fine day! 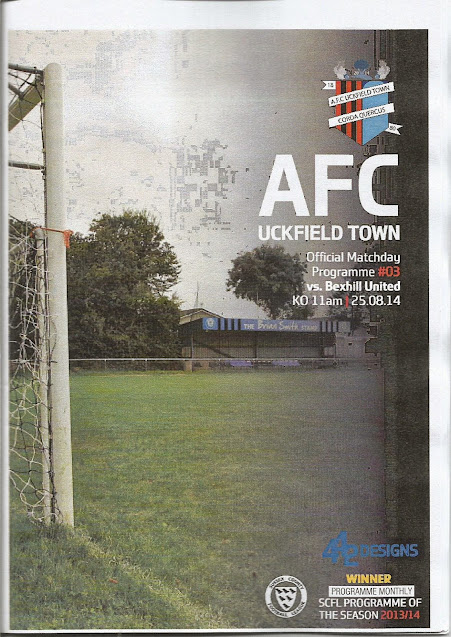