Crowborough is a town in the Wealden district of East Sussex. It is situated on the Weald and at the edge of Ashdown Forest, in the High Weald Area of Outstanding National Beauty 7 miles south-west of Royal Tunbridge Wells and 35 miles south of London. Sir Arthur Conan Doyle (1859–1930), the author of the Sherlock Holmes novels and short stories, lived at Windlesham Manor in Crowborough for the last 23 years of his life. He moved to Crowborough from Surrey in 1907 when he married his second wife, whose family lived next door at Little Windlesham. Windlesham Manor is now a retirement home. Crowborough was part of the parish of Rotherfield until the 1880's, it was recorded as Crowbergh in the late fourteenth century. It was first recorded as Crowboro Hill in Speeds map of sussex 1610. The original Crowbergh is probably derived from Crow beorg (meaning crow's hill). 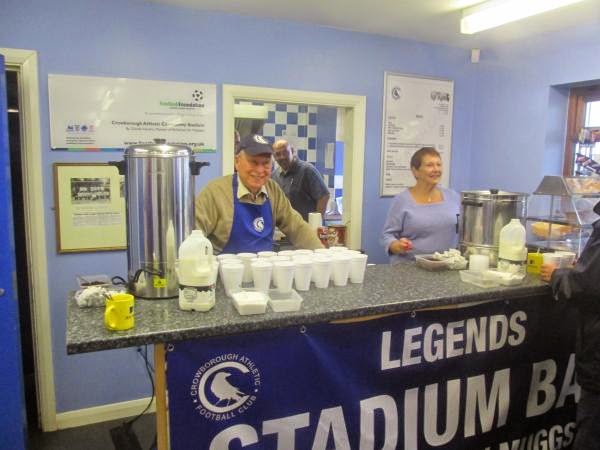 The club was formed in 1894 and started playing in the local Tunbridge Wells leagues. In the early 1950s the club moved to its present home of Alderbrook Recreation Ground (now Crowborough Community Stadium). They joined the Sussex County League in 1974, starting in division two, spending ten seasons in the division before being relegated to division three at the end of the 1983–84 season. The club won promotion back to Division Two in the 1986–87 season. They stayed in that division until they gained further promotion, as Champions, to Division One in the 1992–93 season. That season also saw the club make its debut in its first national FA competition, the FA Vase, however this debut only lasted one game as they lost to West Wickham 1–0. Two seasons later the club then made its debut in the FA Cup, but like the FA Vase, this lasted only one game, losing 9–0 to Corinthian of Kent. In 2008 the Sussex County League Division One Championship resulted in the club earning promotion to the Isthmian League Division One South. Their time in this league was short only lasting a single season finishing bottom of the league and being relegated back to Division One of the Sussex County League. 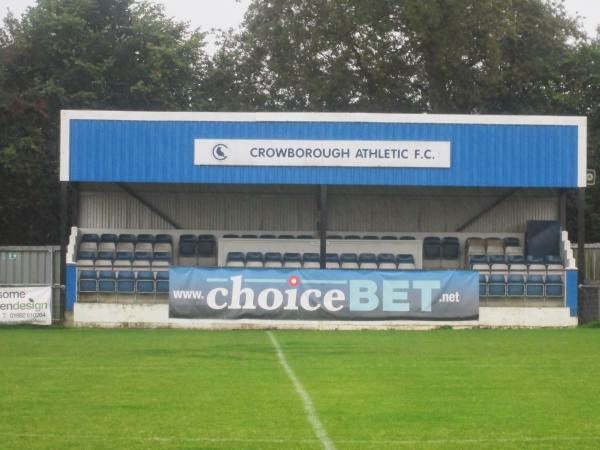 Moving on from Uckfield, the venue for the first match of our bank holiday 'double', it was a relatively short drive to Crowborough. We soon located the ground and the fact that stewards were directing cars into the car park indicated that this match had also survived the constant rain. We took the opportunity to adjourn for a pub lunch where this Pieman enjoyed an excellent pint of Harveys Sussex Best Bitter. This superbly balanced bitter with a prominent hop character was winner of the Champion Best Bitter of Britain title at CAMRA’s Great British Beers Festival in 2005 and 2006. 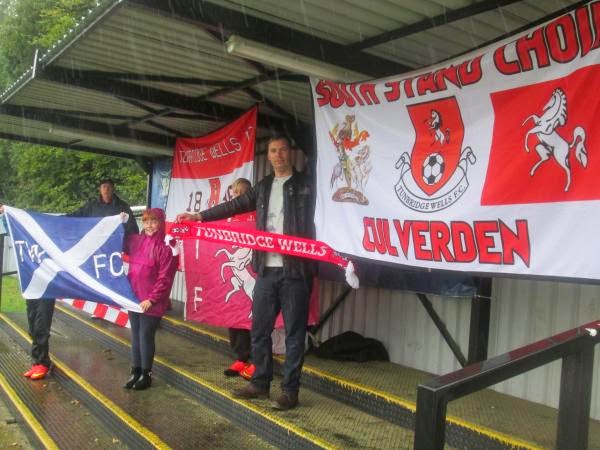 We returned to the ground with plenty of time to spare before the 3pm kick off. Immediately I was struck by how many volunteers were at work for the club in various capacities. It really is a community based club as the name of the stadium suggests. 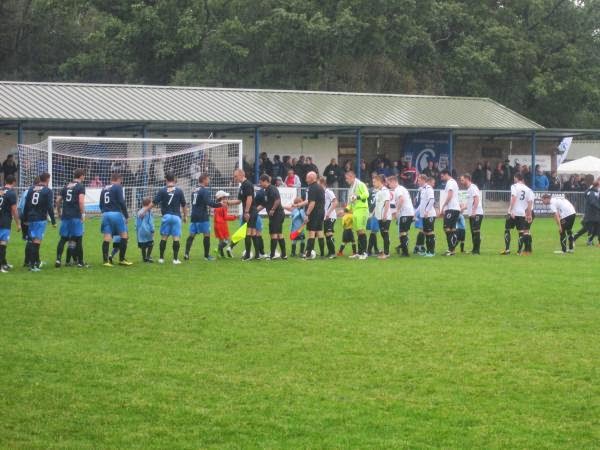 Along one side of the pitch are three stands. The centre stand appears to be the original structure and is a smart 4 row covered seated stand. To the right of this structure is another covered seated area, again with 4 rows of seats. To the left is another covered area, this time for standing spectators. This was the area populated by the majority of the visiting Tunbridge Wells fans. Behind the goal at the clubhouse end of the ground is a good variety of facilities, snack bar, licensed bar and another covered terraced area. 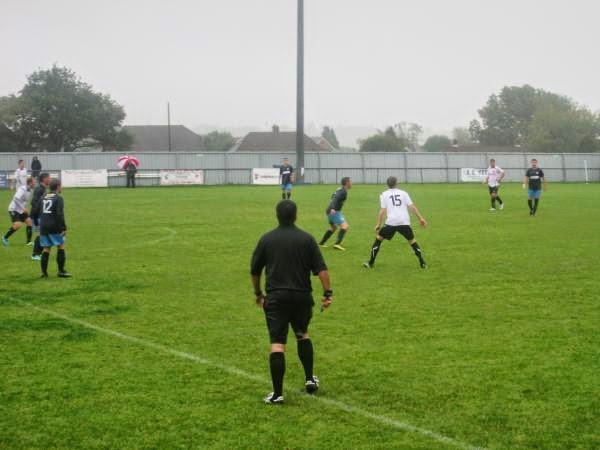 Apart from the dugouts opposite the main stand there are no other structures but to be fair those already mentioned are more than adequate for this level of football. The club has invested well and this Pieman certainly benefited from 90 minutes in the dry! 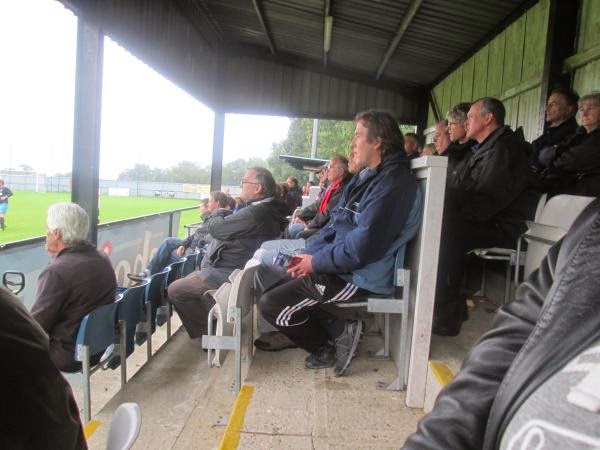 Our match at Uckfield in the morning failed to produce a goal. Therefore it was a great surprise that Crowborough Athletic took the lead in this match after just 35 seconds when Roberts put over an inch perfect cross for Treleaven to head in from six yards out. The score was levelled when Spackman flicked on a long throw in to enable Cass to equalise after 41 minutes. Tunbridge Wells went 2-1 up in the 57th minute when Davis powered an unstoppable header in to the net from 8 yards out following good work by Beecroft. Considering the very wet conditions, this match was entertaining. The drive home was good and it was nice to reflect on a day when football beat the weather! 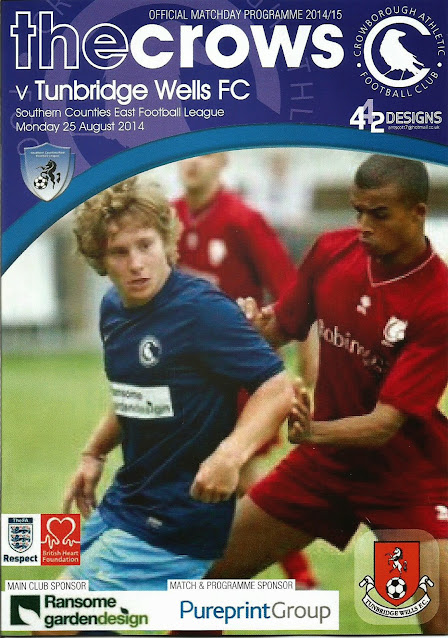