Nuneaton is located 9 miles north of Coventry, 20 miles east of Birmingham and 103 miles north-west of London. The River Anker runs through the town. Nuneaton's name came from a 12th-century Benedictine nunnery (parts of which still survive) around which much of the town grew. Prior to this it was a settlement known as 'Etone', which translates literally as 'water-town'. Nuneaton was listed in the Doomsday Book as a small hamlet. Nuneaton grew gradually from the 17th century onwards, due to its position at the centre of the Warwickshire coalfields. At the time of the first national census in 1801 Nuneaton was already one of the largest towns in Warwickshire, with a population of 5,000. During the Industrial Revolution in the 19th century, Nuneaton developed a large textile industry. Other industries which developed in the town included brick and tile making and brewing. Author George Eliot, who was born on a farm on the Arbury Estate just outside Nuneaton in 1819 and lived in the town for much of her early life. In her novel Scenes of Clerical Life (1858), "Milby" is the thinly disguised market town of Nuneaton. 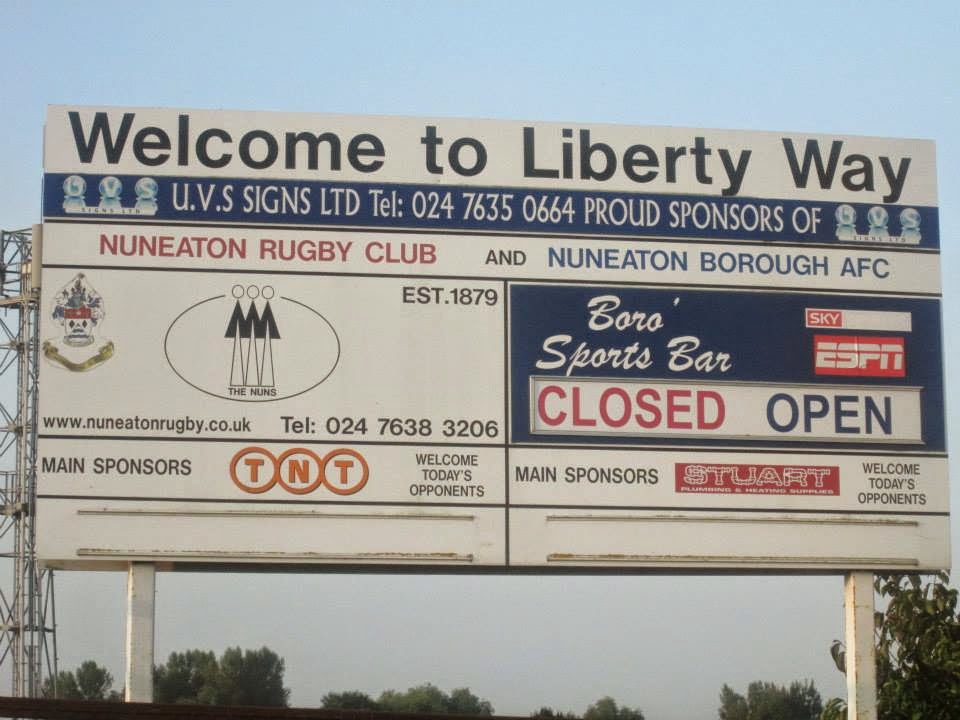 Nuneaton Borough moved into their new purpose built ground, Liberty Way, in time for the 2007–08 season. The ground is shared with Nuneaton Rugby Club. The ground was built in three phases by local building firm Ian Neale Construction and was completed in 2007. In 2008 the new directors of Nuneaton Borough FC soon found they had inherited excessive debts despite the sale of Manor Park to property developers. The new club reverted to its former name of Nuneaton Town and were demoted two divisions from Conference North to Southern League Division One. The club underwent complete restructuring with facilities being upgraded and revamped for the supporters. Following the demotion to the Southern League Midlands Division the club gained promotion following a 1–0 play-off final victory over Chasetown at Liberty Way. The 2011/12 season was to see Nuneaton gain promotion back to the Conference Premier for the first time in 10 years. After maintaining a high league position throughout the season Boro' were dealt a blow as the season entered its final few weeks when an administration error led to a 6 point deduction. This seemed to spur the team on and a final day 3–2 victory at Blyth Spartans ensured their play-off place. 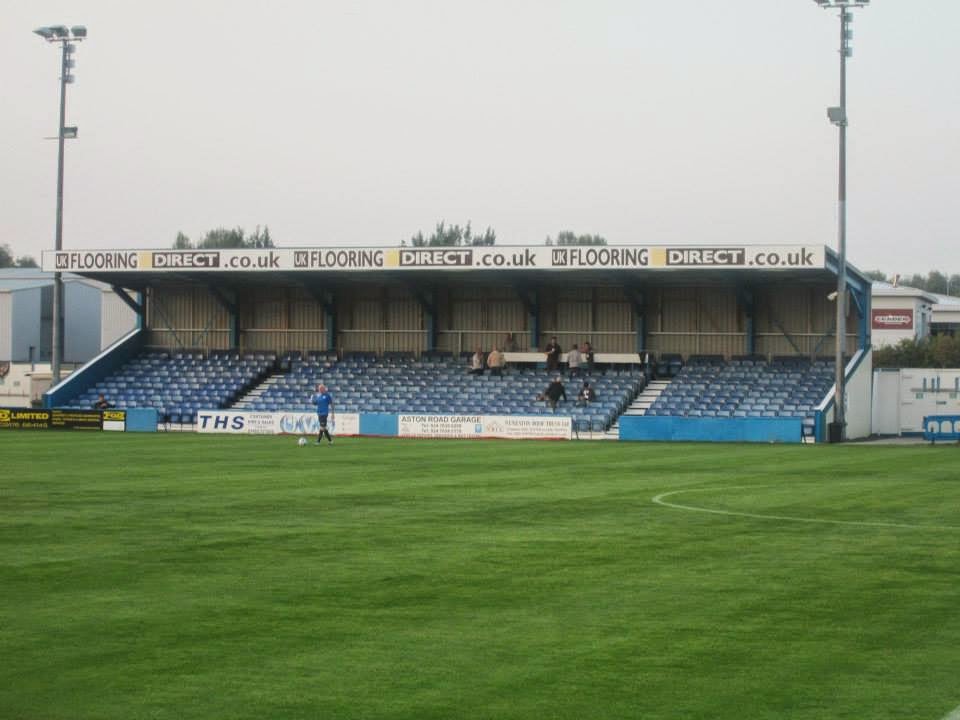 On arrival at Nuneaton it was time for a refreshment break at The William White (Wetherspoon). The pub bears the real name of Larry Grayson who lived in Nuneaton for a number of years. This Pieman enjoyed a fine pint of Rutland Beast (5.3%) from the Grainstore Brewery to accompany his late lunch. This ale is strong yet exceptionally balanced. Dark earthy brown in colour, its' fantastic flavours blend together to produce a mind blowing great beer. 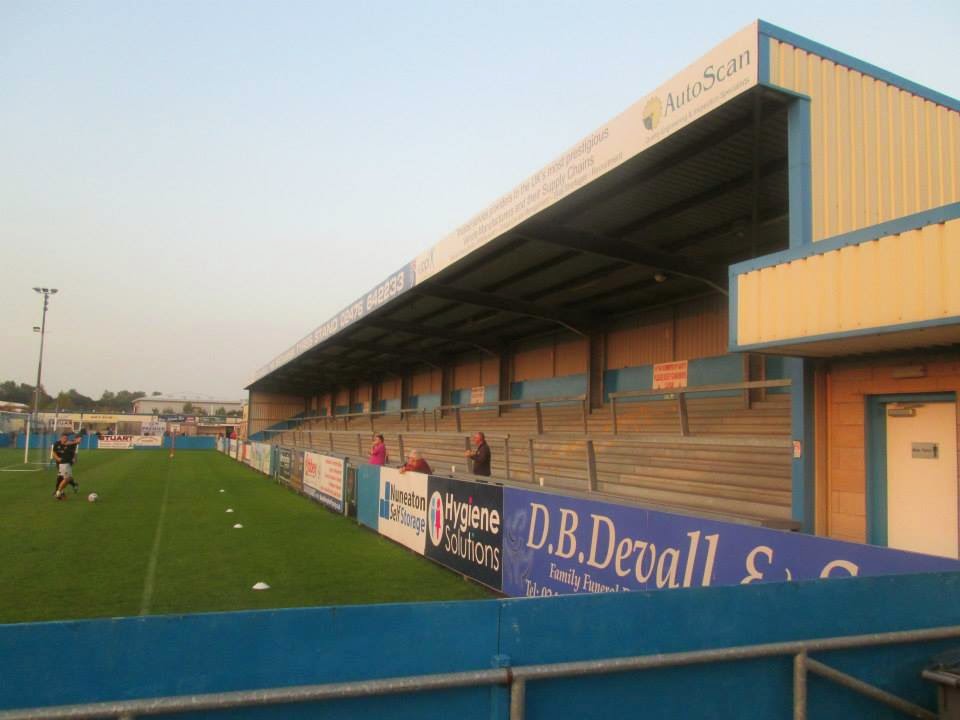 Liberty Way is around half an hour walk from the town centre. The ground has a very new appearance and clearly the club has done a lot to get the venue up to the standard enjoyed. Both ends contain covered terracing and although segregation was not enforced for this particular match, one of these ends would be given over to visiting support where necessary. On this occasion the non-league tradition of swapping ends at half time took place. In the second period, many of the home supporters took to the terracing on the larger of the two ends and this was a great sight. 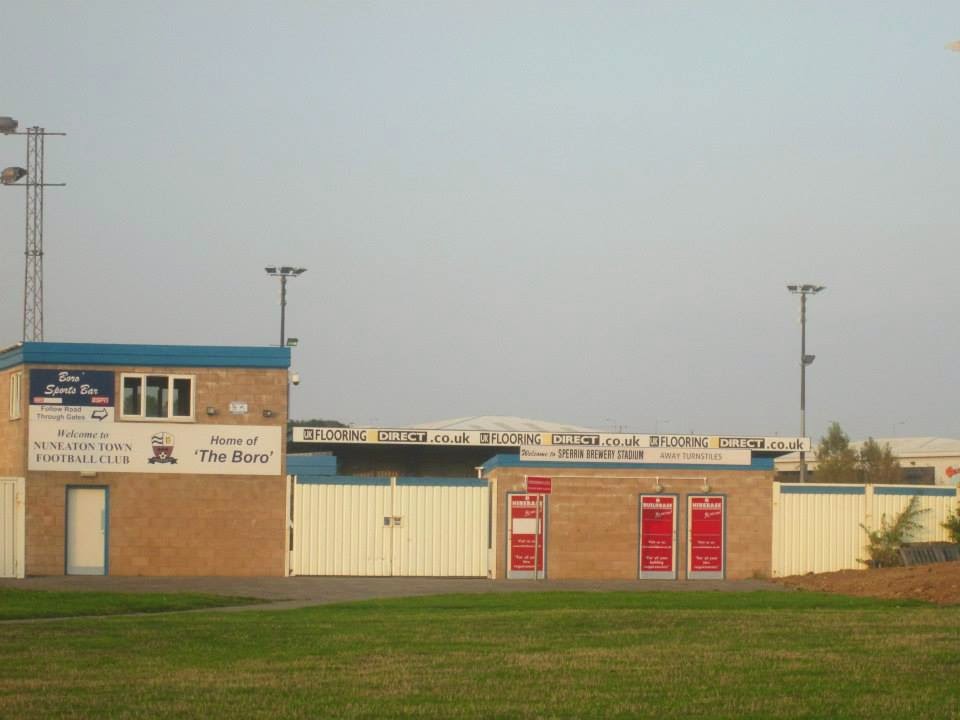 Along one side of the ground is uncovered terracing which backs on to the rugby club building. This is a great vantage point to watch the action in good weather, as was the case on this occasion when the Pieman stood near the half way line. On the opposite side of the pitch is the main stand which is covered. In addition the club offices, corporate hospitality area and the main bar are housed on this side with the club shop in the corner. In the bar this Pieman enjoyed Elgoods Cambridge Bitter (3.8 %). This mild brown bitter with a good balance of malt and hop character give a pleasing session drink.  The finest pale ale malt (made from Maris Otter barley) is blended with torrified wheat, invert sugar and a small amount of roast barley, to ensure consistent colour. 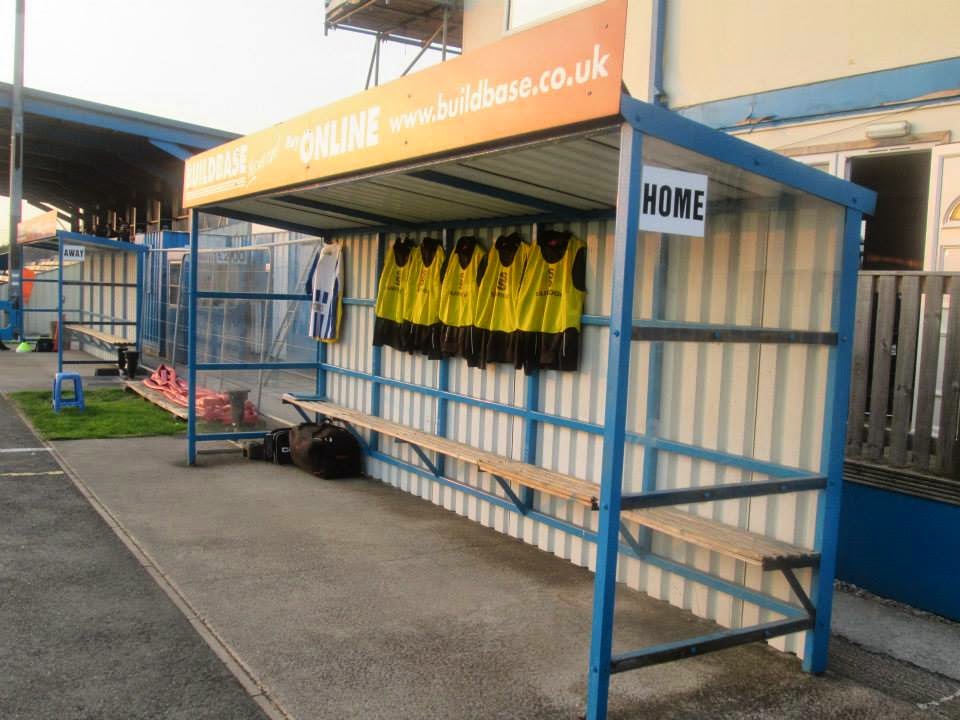 This was a very good match and on reflection a draw would have been a fitting outcome. Forest Green Rovers played extremely well and their quick movement and passing deserved greater reward. However, Nuneaton Town FC has been suffering this season but they certainly gave their supporters some good cheer with this narrow victory. I overheard fans expressing positive comments about the effort and commitment in this match – a great advert for the top tier of non-league football. 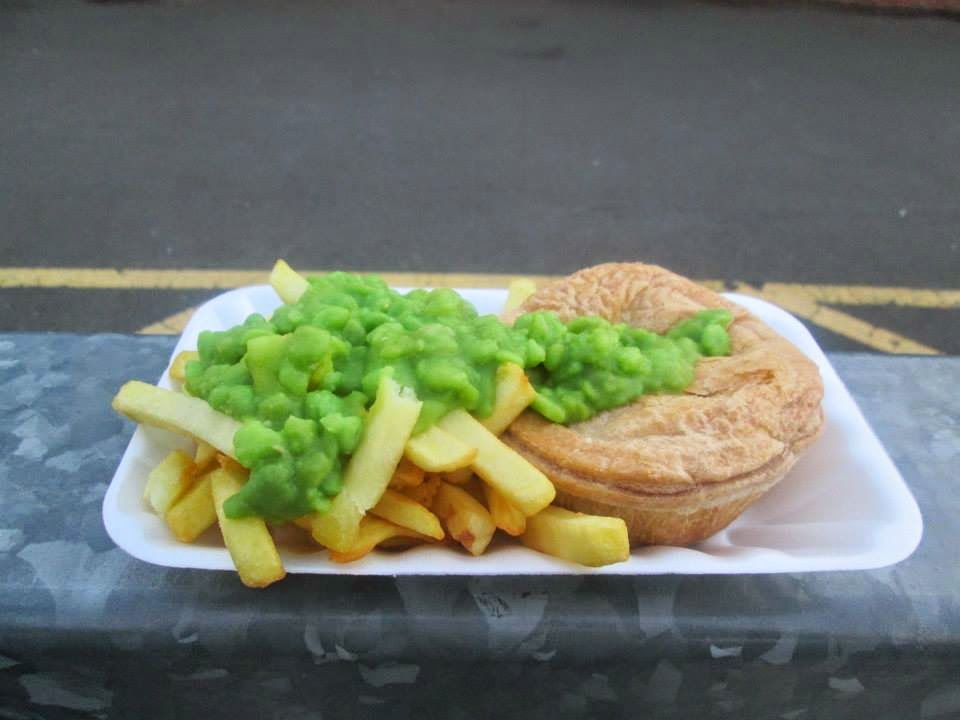 This would not be a proper report if I did not include a picture of my evening meal - I am obliged to inform readers that none of this went to waste! 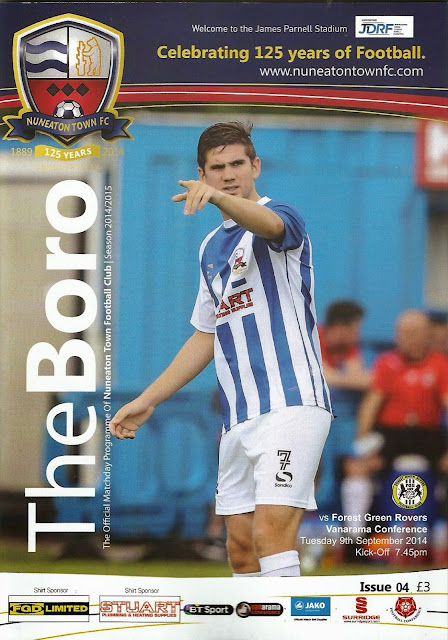