Belgrade is the capital and largest city of Serbia. Belgrade lies 116.75 metres above sea level and is located at the confluence of the Sava and Danube Rivers, where the Pannonian Plain meets the Balkans.The First World War began on 28 July 1914 when Austria-Hungary declared war on Serbia. Most of the subsequent Balkan offensives occurred near Belgrade. Austro-Hungarian monitors shelled Belgrade on 29 July 1914, and it was taken by the Austro-Hungarian Army under General Oskar Potiorek on 30 November. On 15 December, it was re-taken by Serbian troops under Marshal Radomir Putnik. After a prolonged battle, which destroyed much of the city, between 6 and 9 October 1915, Belgrade fell to German and Austro-Hungarian troops commanded by Field Marshal August von Mackensen on 9 October 1915. The city was liberated by Serbian and French troops on 1 November 1918, under the command of Marshal Louis Franchet d'Espérey of France and Crown Prince Alexander of Serbia. Belgrade is home to ethnic groups from all over the former Yugoslavia. Many people came to the city as economic migrants from smaller towns and the countryside, while hundreds of thousands arrived as refugees from Croatia, Bosnia-Herzegovina and Kosovo, as a result of the Yugoslav wars of the 1990s. Between 10,000 and 20,000 Chinese are estimated to live in Belgrade; they began immigrating in the mid-1990s. Block 70 in New Belgrade is known colloquially as the Chinese quarter. Many Middle Easterners, mainly from Syria, Iran, Jordan and Iraq, arrived in order to pursue their studies during the 1970s and 1980s, and have remained in the city. 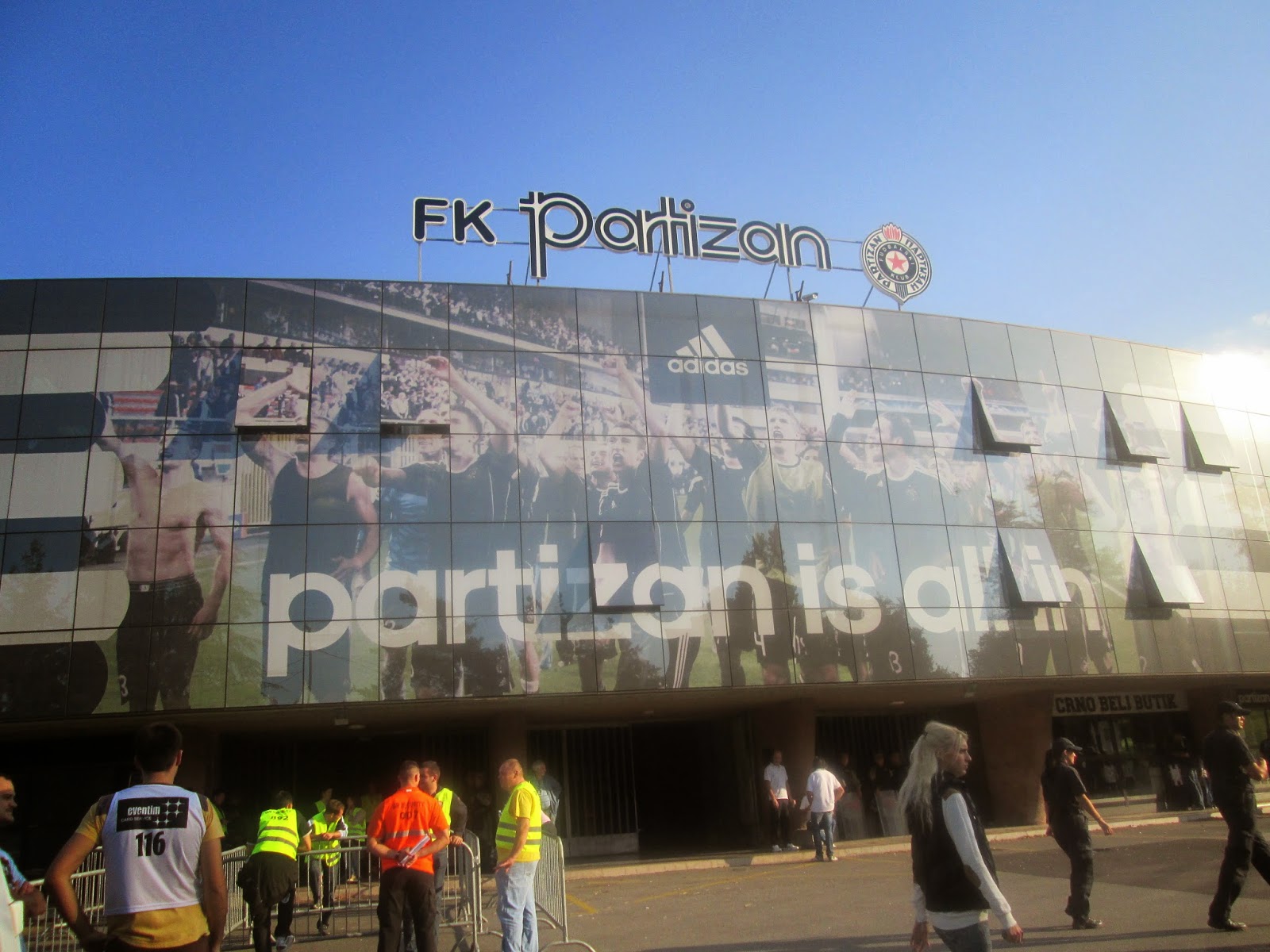 Fudbalski klub Partizan, commonly known as Partizan Belgrade or simply Partizan, is based in Belgrade, Serbia. It forms a major part of the Partizan Sports Association. The club plays in the Serbian SuperLiga and has spent its entire history in the top tier of Yugoslav and Serbian football. It is the second-most successful club in Serbia. Partizan was founded by young high officers of the Yugoslav People's Army (JNA) in 1945 in Belgrade, as part of the Yugoslav Sports Association Partizan. Their home ground is the Stadion Partizana in Belgrade, where they have played since 1949. 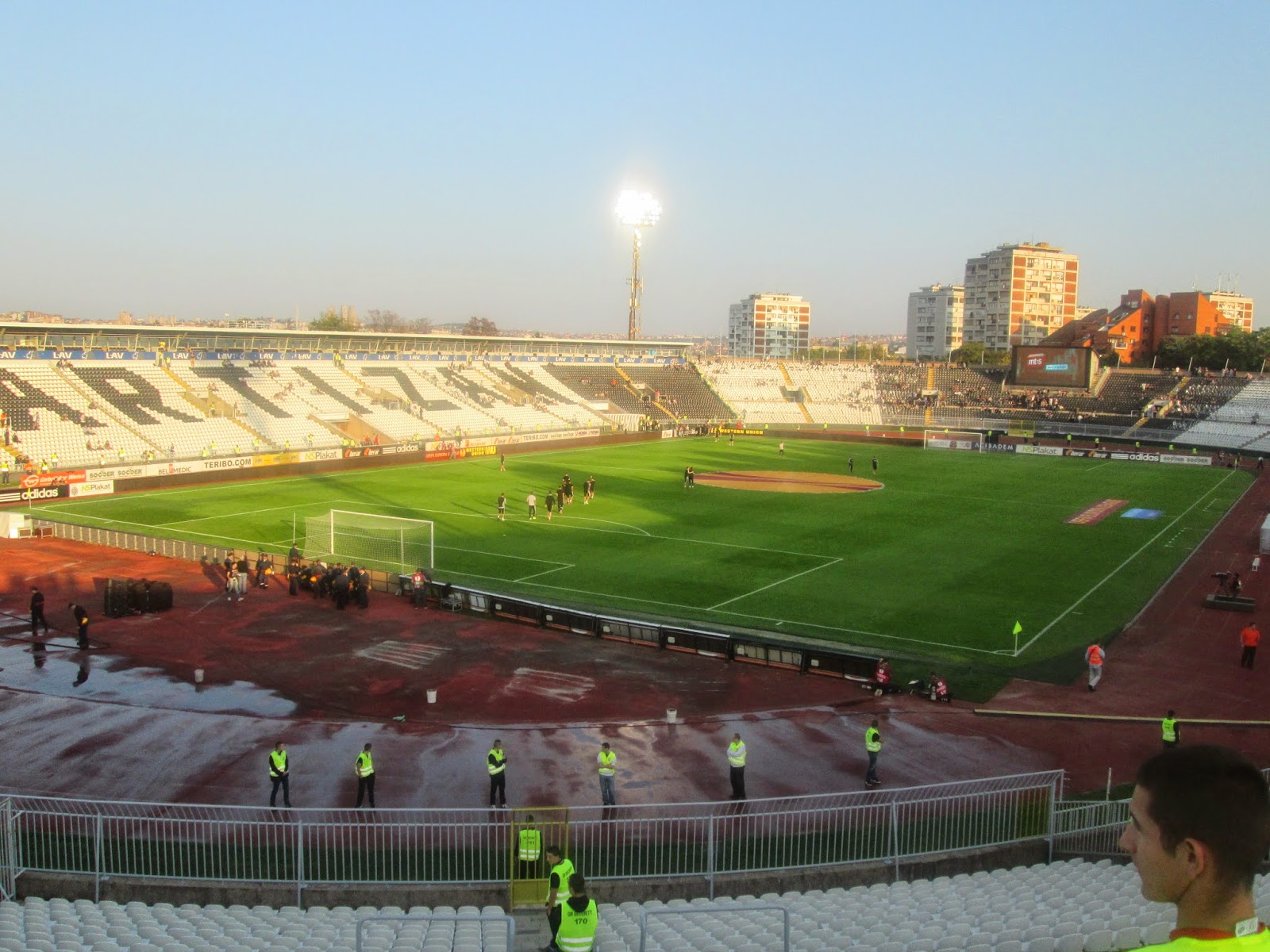 The Pieman’s first visit to Serbia was always going to be an interesting experience. On arrival at Belgrade, I made my way to the hotel I had booked. The location was a little way out of town but I decided to walk and take in the sights. Within a few hundred yards of the Danube the hotel looked good. However, on arrival I was informed that it was a little too close to the river and there had been some flooding. To address my situation the hotel arranged for me to stay at their sister hotel on the other side of the city and paid for a taxi. Ironically the new hotel was fifteen minutes walk from Stadion Partizana. 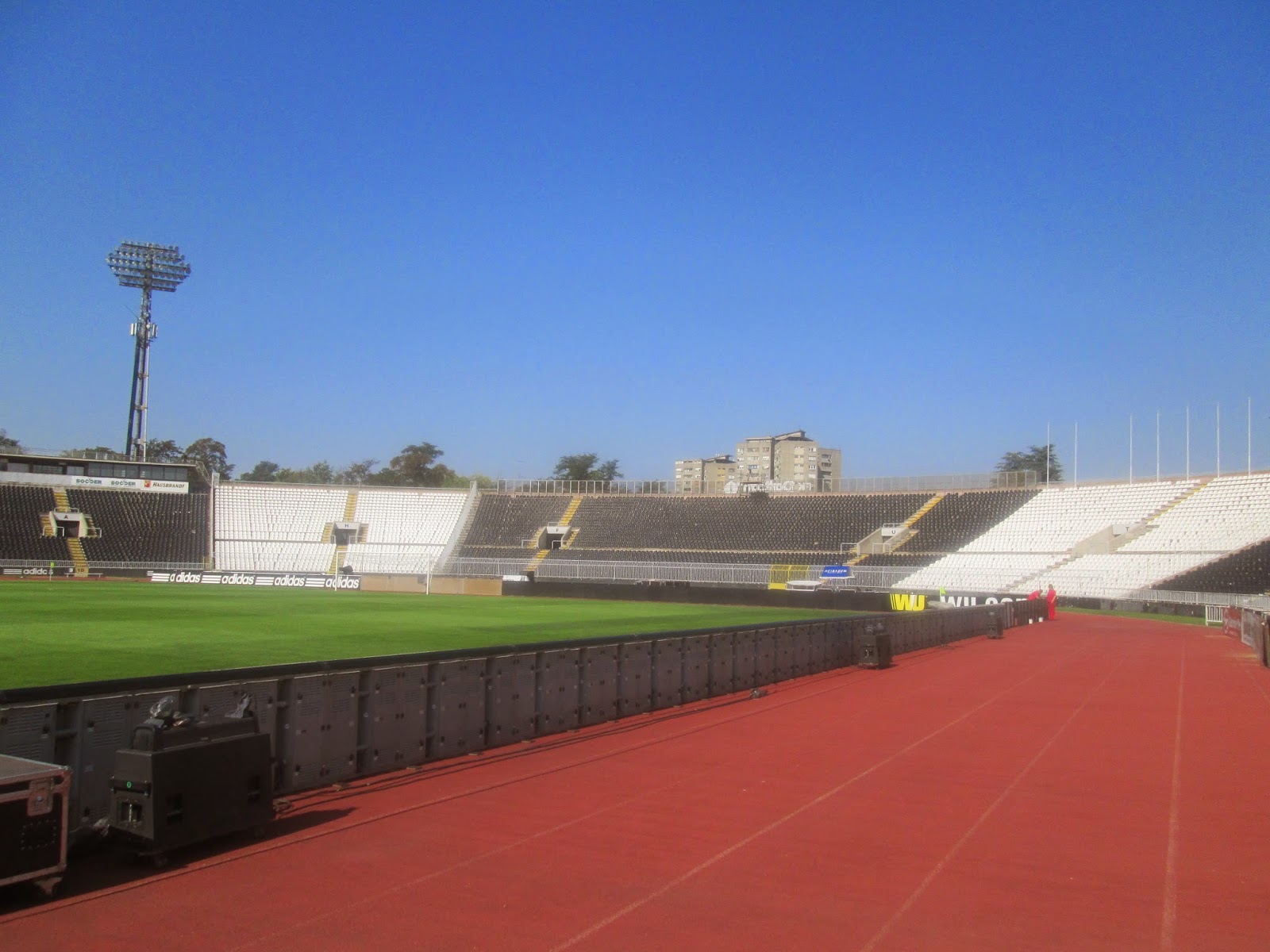 The evening prior to match day I ventured into the City Centre and after a glass of the local Lav beer, I bumped into Mr Throp – a like-minded gentleman with a passion for quality beer. We made our way to a branch of The Black Turtle, where we enjoyed a few glasses of their homebrew stout – this proved to be an exceptionally good choice in a city where bland lager type beers are the norm. I invested in a taxi to return to my hotel, an easy experience once I had asked the driver if he knew the area where there is a large metal giraffe in the middle of a roundabout! 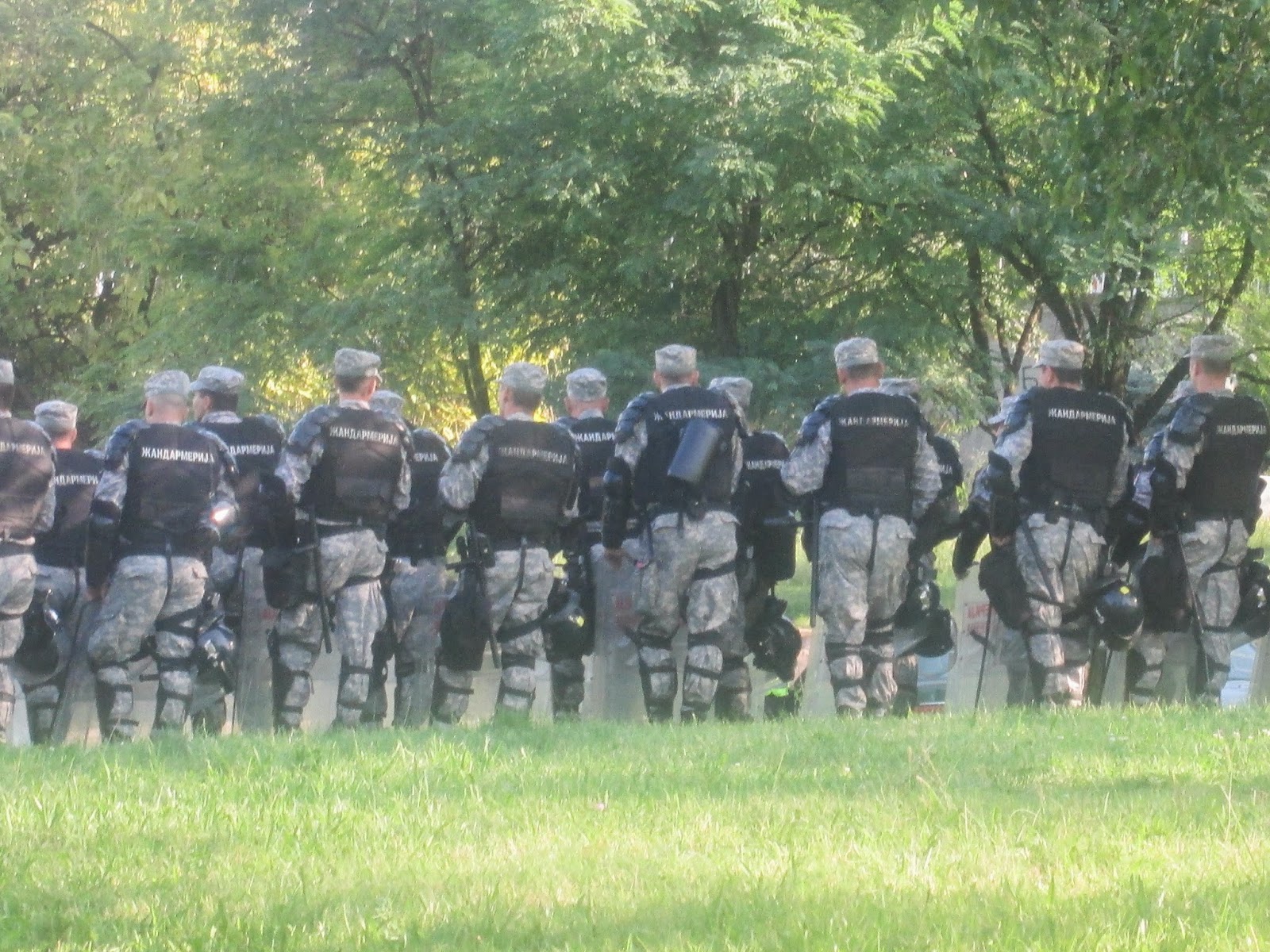 On the morning of the match, I ventured to the stadium, gaining access to take a few photographs and taking a tour of the cluttered but impressive trophy room. The stadium is an all seated venue and is mainly uncovered. The capacity is 32,710. From the city centre, trolleybus routes 40 and 41 run direct.


It has to be reported that the match was not one that will live in the memory. The most entertaining aspect was being able to watch and listen to the Partizan fans at the other end of the ground. I do wonder sometimes if these people watch the match but they certainly create an atmosphere! 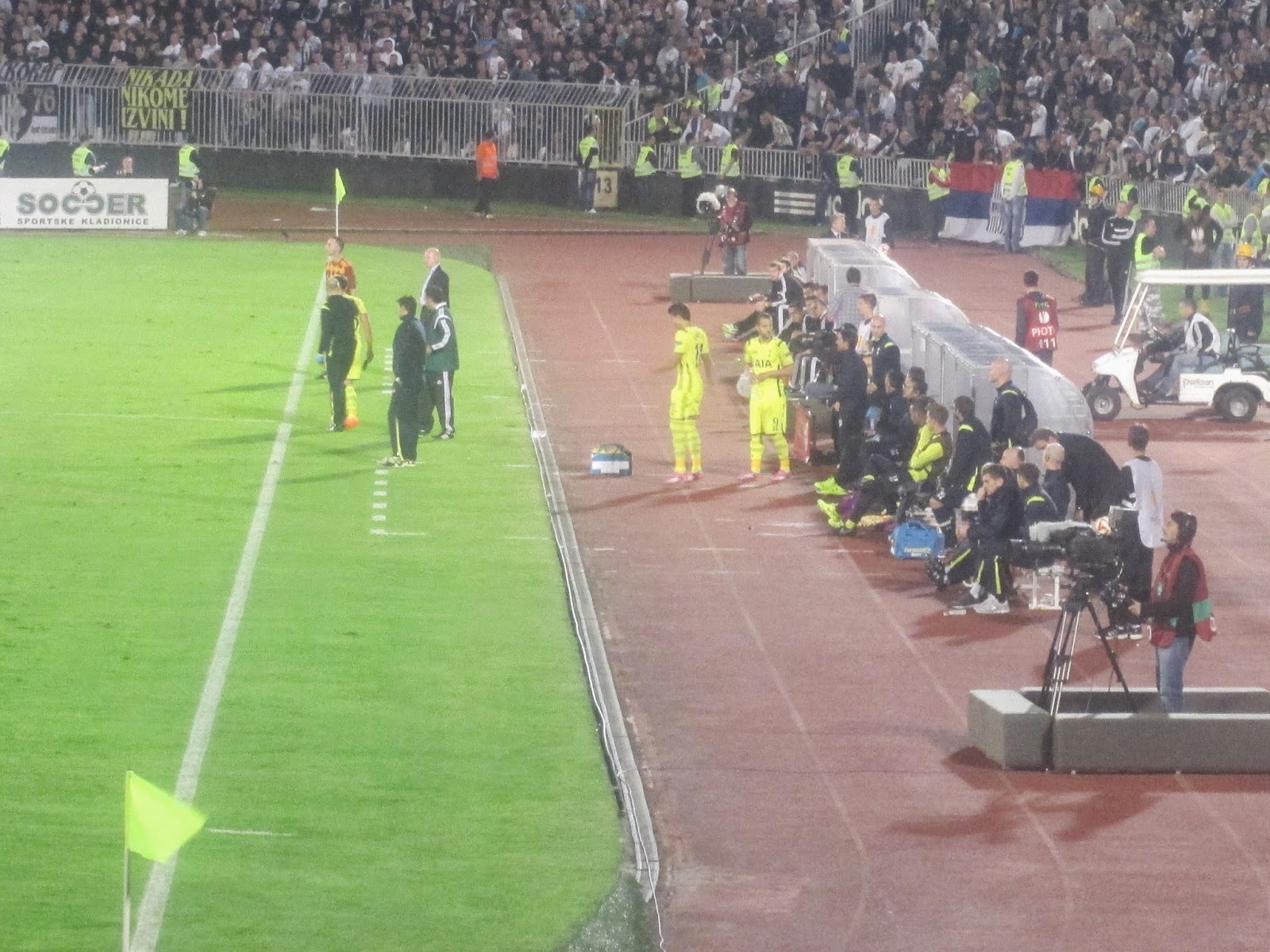 We were locked in the stadium for an hour after the match (not an unusual experience in European competition) whilst the home fans dispersed. So another Europa League Group Stage has kicked off for Spurs. It will be interesting to see what treats this disjointed competition has in store this time! 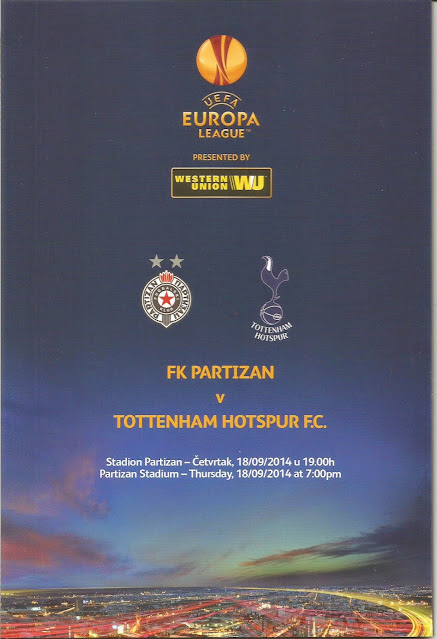 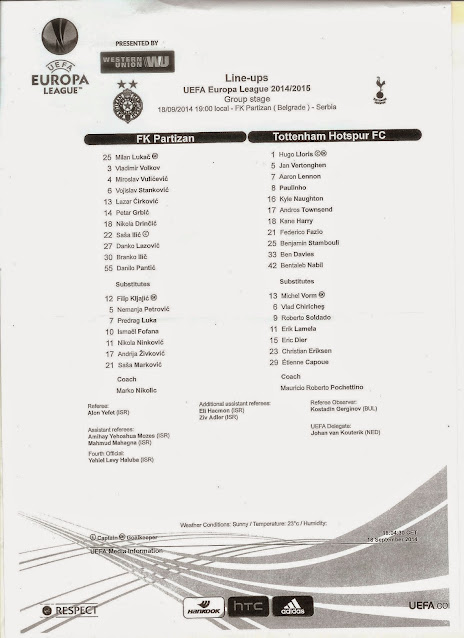 Admission: 800:00 dinar but given free by Tottenham Hotspur!
Programme: Folded Card - no cover price but selling for 300 dinar by the opportunist club shop!
Attendance: 20,000