Debenham is a large village and civil parish in Suffolk. In the 2001 census the population recorded was 1,728. In 2005 the population was estimated to have increased to 2,040 mainly as a result of the building of a new housing estate. The River Deben rises in the parish, and runs along a prolonged ford through the village, and claims to be the third longest ford in the United Kingdom. This large village has many shops including a supermarket, green grocers, butcher, bakers, florists, antiques, hardware, pottery and newsagents. There are two pubs, the Woolpack and the Angel, and several cafes. 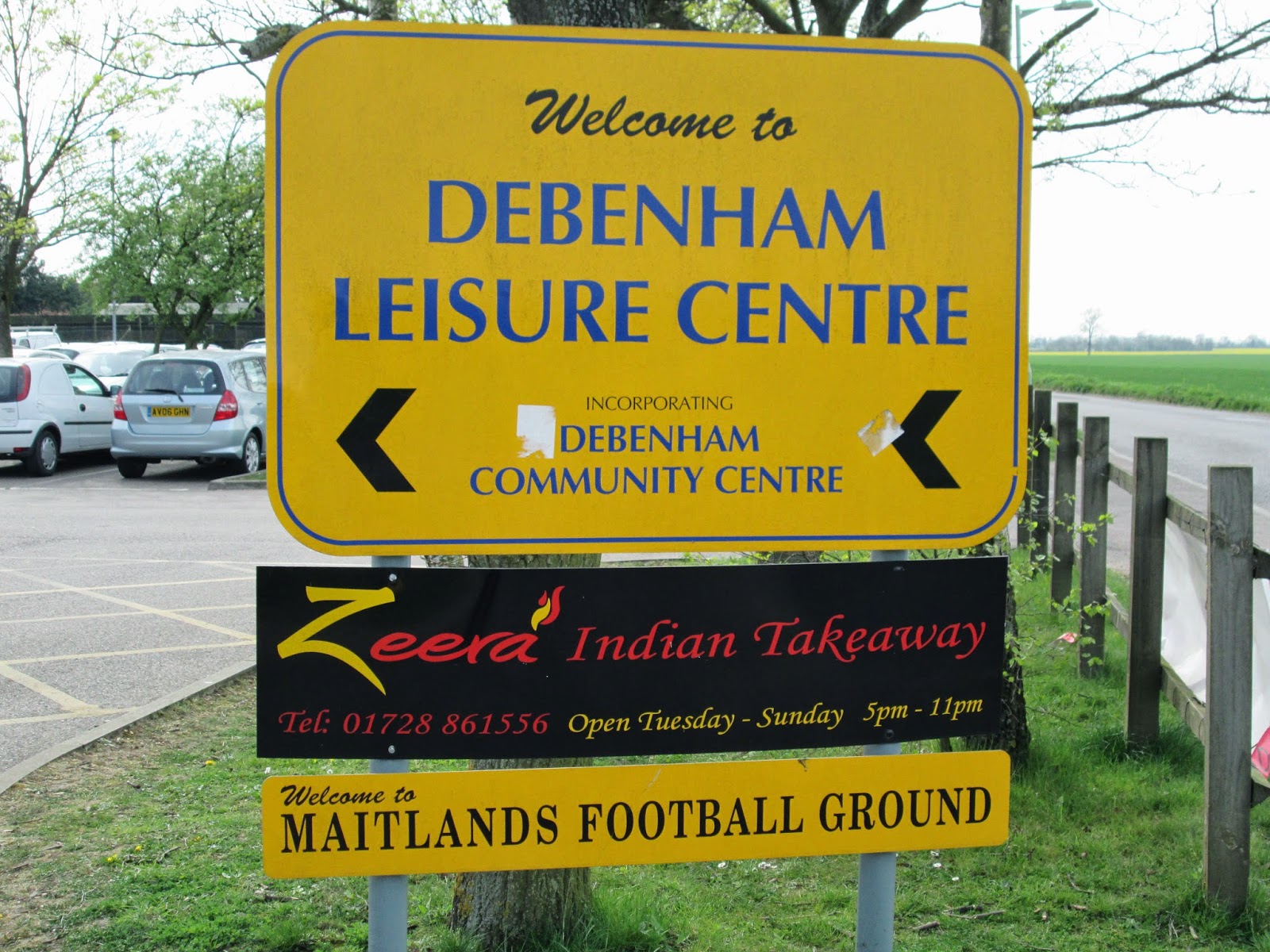 The football club was founded as Debenham Angels in 1991, and joined Division Seven of the Suffolk and Ipswich Football League. They were renamed AFC Debenham in 1994. After other promotions, they were promoted to Division One in 2001. After Mel Aldis was appointed manager in the summer of 2003, the club won Division One to earn promotion to the Senior Division. In their first season in the Senior Division Debenham finished runners-up to East Bergholt United, and were promoted to Division One of the Eastern Counties League. Upon moving up the club adopted their current name. 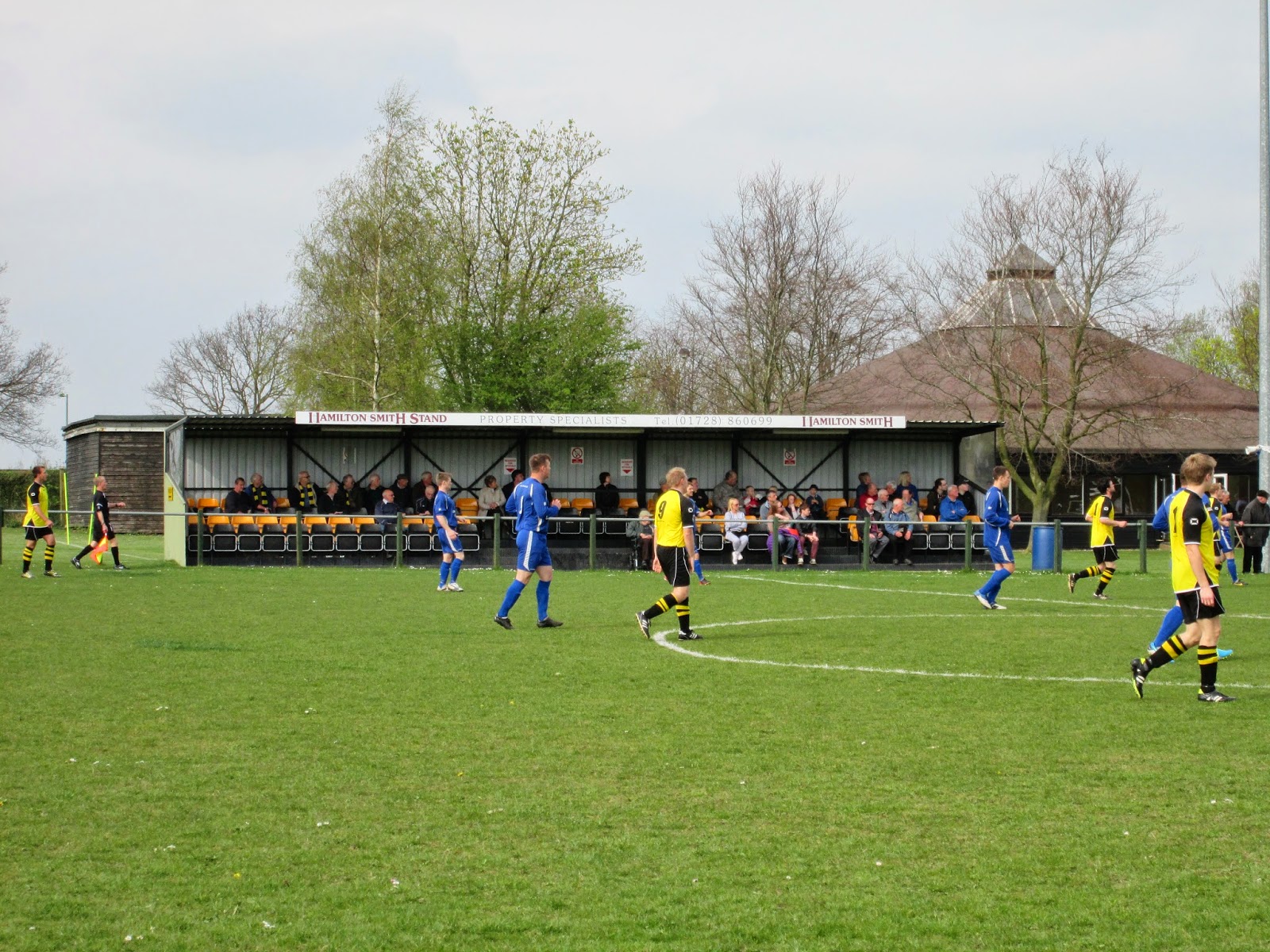 An opportunity to get out into rural Suffolk presented itself when I was offered a lift to Debenham Leisure Centre to take in their Eastern Counties League encounter with Ipswich Wanderers. It was certainly good to get the lift as Debenham is a bit off the beaten track and although served by buses, like with many rural locations, it might have been a struggle to achieve the logistics involved. 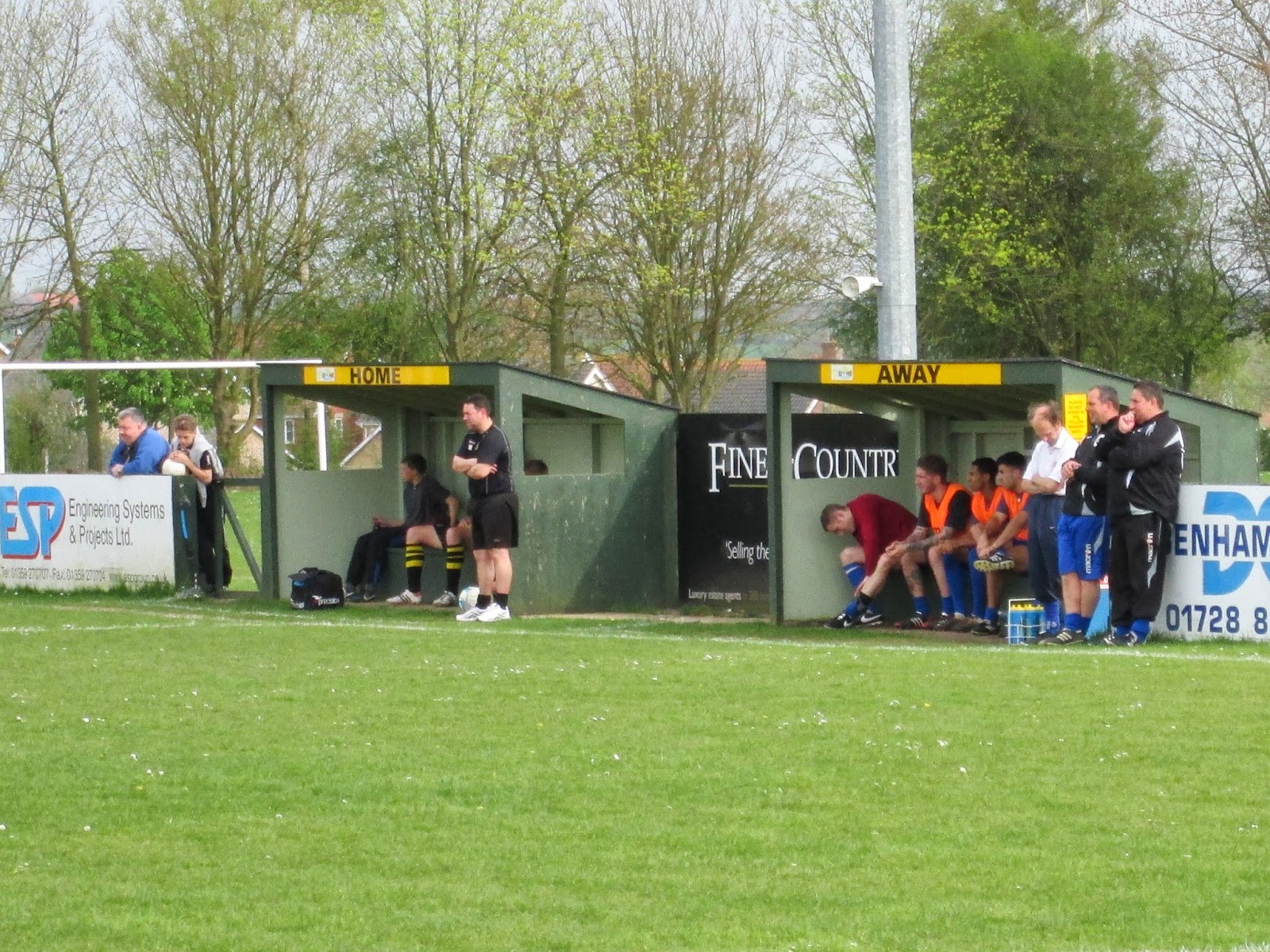 Maitlands Football Ground is located immediately behind the Leisure Centre building which is situated on the outskirts of the village. The ground only has one area of covered accommodation in the form of a seated stand, straddling the half way line. On the opposite side of the pitch are the dugouts. This smart, if basic, ground is complimented with hard standing around the full railed off perimeter. 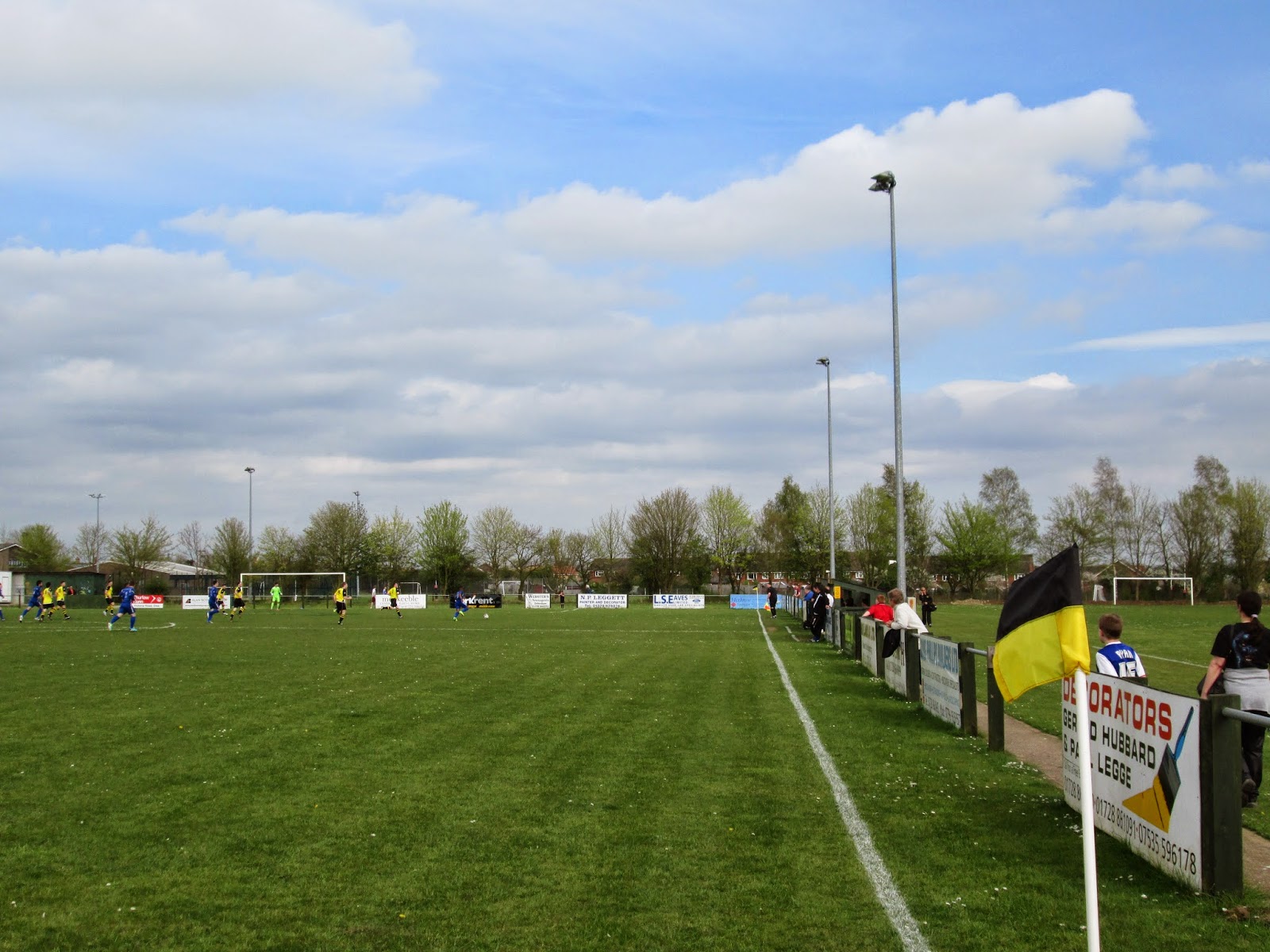 The home side, sitting comfortably in mid table played a visiting team in 5th position with an outside chance of promotion to the Premier Division still a possibility. The early exchanges on a windy afternoon were scrappy and both sides struggled to control the ball. As the half progressed, it was Ipswich that seized the initiative and really ought to have gone in at the break leading. 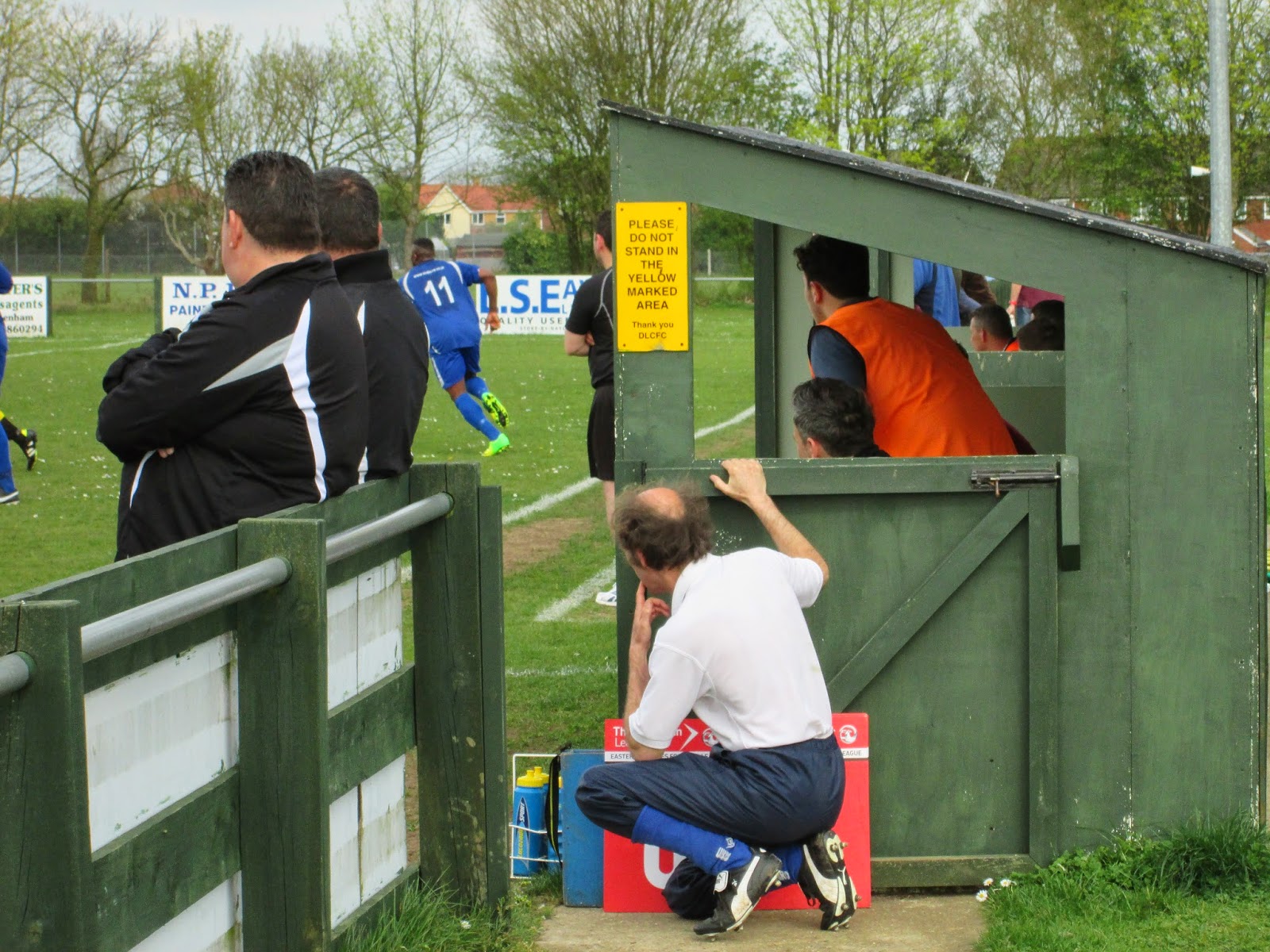 The second period saw the home side come into the game more and fashion a few chances. The match was developing into an even contest although Ipswich Wanderers always looked the likeliest to break the deadlock. However, with time ticking away a scoreless draw was looming. This would have been a disappointment for the visitors and they would have rued those earlier chances that went begging. 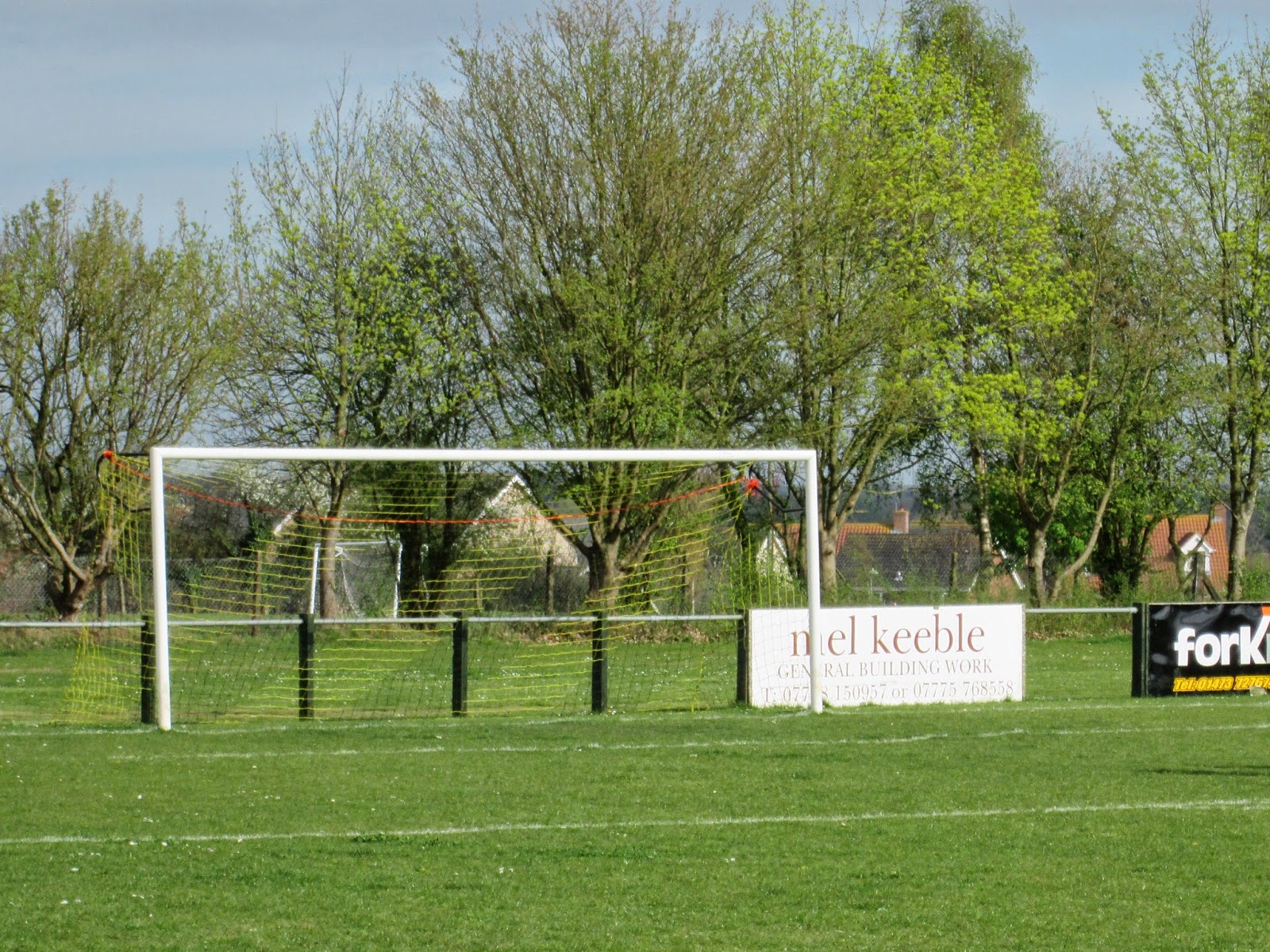 Just when everyone was resigned to the draw, Craig Jennings sealed the win for Ipswich Wanderers, scoring with a header in the 90th minute. This win saw the visitors move up to 4th place in the table with games in hand on the team immediately above them. Debenham is a nice place to visit and it was good to enjoy some sunshine too. The Eastern Counties League often provides attractive venues to visit and Maitlands is no exception. 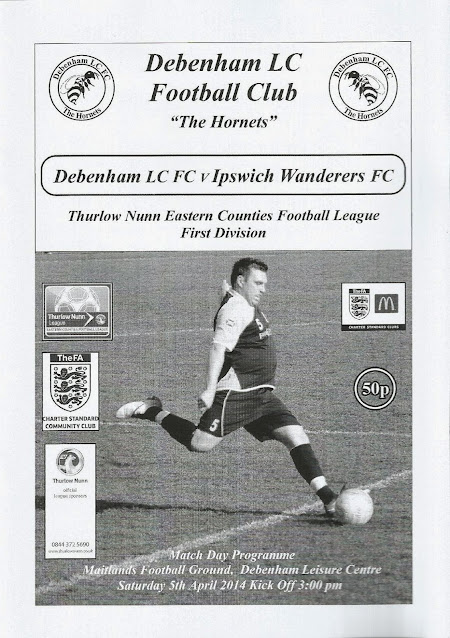