Peterborough is a cathedral city and unitary authority area in the East of England. Historically part of Northamptonshire, for ceremonial purposes it now falls within the county of Cambridgeshire. Situated 75 miles north of London, the city stands on the River Nene which flows into the North Sea approximately 30 miles to the north-east. Railway lines began operating locally during the 1840s, but it was the 1850 opening of the Great Northern Railway's main line from London to York that transformed Peterborough from a market town to an industrial centre. Lord Exeter had opposed the railway passing through Stamford, so Peterborough, situated between two main terminals at London and Doncaster, increasingly developed as a regional hub. Coupled with vast local clay deposits, the railway enabled large-scale brick-making and distribution to take place. The area was the UK's leading producer of bricks for much of the twentieth century. Brick-making had been a small seasonal craft since the early nineteenth century, but during the 1890s successful experiments at Fletton using the harder clays from a lower level had resulted in a much more efficient process. Following the Second World War, growth was limited until designation as a New Town in the 1960s. 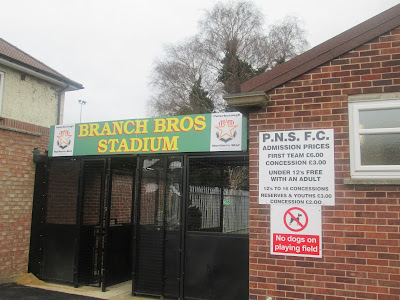 The football club was originally formed from two brickyards (Northam in Eye and Star in Peterborough) and was based in the village of Eye in the early 1900s, the club was initially named Northern Star, before adopting the name Eye United. They joined the Peterborough & District League and in the 1960s moved to Lindisfarne Road. They were promoted to the Premier Division in 1973. In 1982 the club won the Northants Junior Cup, the last from the United Counties League to do so. The club won the Premier Division three times at the end of the 1990s and start of the 2000s. In the 2000–01 season they won all 30 league matches, as well as the Peterborough Senior Cup and the Jack Hogg Charity Shield. The club moved to its current ground in the Dogsthorpe area of Peterborough in order to gain promotion to Division One of the United Counties League, which they achieved in 2003. The club reached the Quarter-finals of the FA Vase in the 2011–12 season. 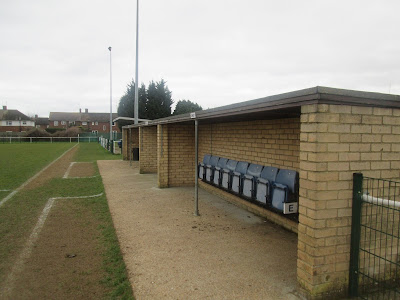 I was fortunate to be offered a lift to this match and the roads (M11, A14 and A1) behaved themselves on this Saturday afternoon. This enabled a journey time of 1 hour and 20 minutes from my pick up point between Cheshunt and Waltham Abbey. A hopping associate from the South Coast had warned me that this venue was not particularly good. However, on arrival at Chestnut Avenue (I prefer original names rather than sponsored titles for grounds) I could see that my view differed from his. 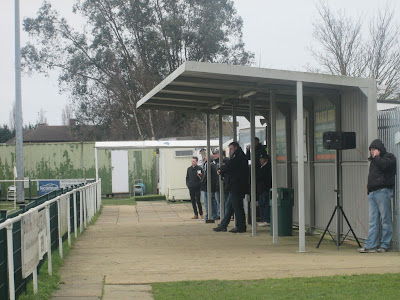 The ground is tidy in appearance, with two small covered seated stands either side of the half way line along one side of the pitch. These stands straddle a narrow brick built structure which incorporates the home and away benches with a separate area in the middle for the use of match officials. On the opposite side of the pitch, in the corner nearest the administration block is a small covered standing area. 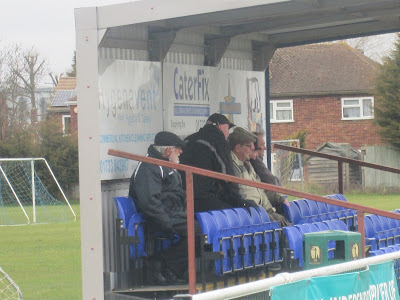 Behind the goal at this end is another covered standing area. This is adjacent to the main building which houses a licenced bar with TV and changing facilities. A refreshment trailer is situated at this end of the ground selling burgers, hot dogs, chips along with teas etc. The remaining end of the ground is open to the elements and backs on to housing. 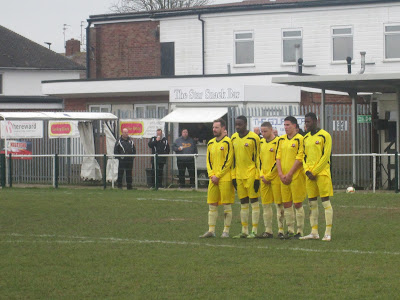 Visitors Leicester Nirvana are having a very good season and went into this match in second place behind leaders AFC Kempston Rovers. This match was a feisty affair with both teams being reduced to ten men following separate unrelated incidents. The first red card for the home side was for a second yellow card, possibly for comments made to the referee. Leicester Nirvana’s dismissal followed a reckless lunge. 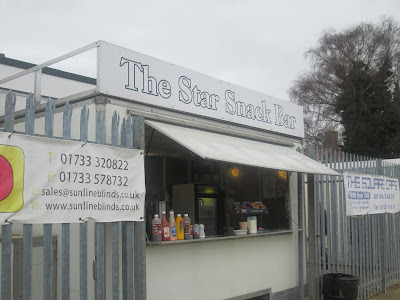 The home side produced a spirited performance in a match where they could have scored more goals. I was pleased when they grabbed a goal towards then end as their efforts deserved that. However, Leicester Nirvana are a good side and worthy challengers for the United Counties League title. As this match progressed they grew in stature and confidence. This result ensured they went top of the table.A good afternoon out and a decent match seen. The journey home was again trouble free. A different route this time following the route from Godmanchester down to Royston and then following the A10 to Cheshunt. 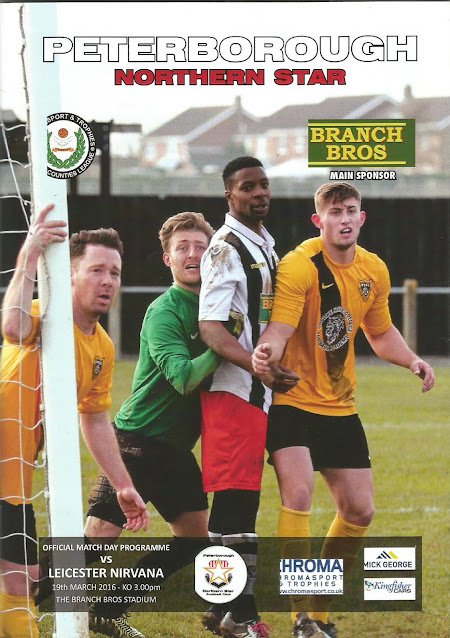