Barnehurst is a town and electoral ward in southeast London within the London Borough of Bexley. It lies north east of Bexleyheath, and 13 miles southeast of Charing Cross. The town came into being after the sale of land in 1881 to build the Bexleyheath loop line between Lewisham and Dartford. Barnehurst's name originates from the name of the railway station, which was so-named after Colonel Barne, who owned a local property, May Place House and was vice-chairman of the railway company. As in much of suburban London, Barnehurst railway station was opened to encourage building of houses. The Barnehurst Estate was built in 1926. In 1920 the area became part of the Crayford Urban District of Kent. In 1965, under the London Government Act 1963, the urban district was abolished and its area transferred to Greater London to form part of the present-day London Borough of Bexley. 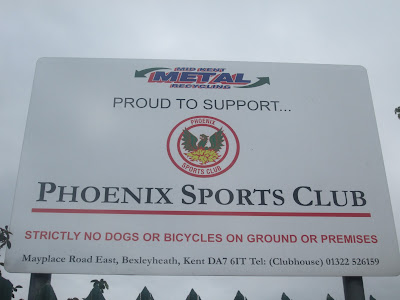 Phoenix Sports Football Club was formed in 1935 as St. Johns Welling, which later changed its name to Lakeside. After the Second World War the club was renamed Phoenix, as it was seen as rising from the ashes of the previous clubs amid the destruction of the Blitz. After entering the Sidcup League, Kent Amateur League, and the Dartford League, the club settled in the Kent County Football League Division One West, finishing runners up twice in the 1950s, and once in the 70s. The club entered the Spartan League in 1986–87 and competed there for six seasons. They then returned to the Kent County League Division One West, winning the challenge cup in 1993–94. They won the league in 1999–2000, gaining promotion to the Premier Division, however after two relegations they ended up in Division Two West.  They won Division Two West in 2004–05 and Division One West in 2007–08, regaining their Premier Division status. For the 2011–12 season the club was accepted into the Kent Invicta Football League at level 10 of the English football league system for the league's inaugural season. In 2012, they were runners-up in the Kent Invicta League. In the 2012–13 season, they went one better, winning the Kent Invicta League championship, gaining promotion to the Southern Counties East League. By winning this competition the club was promoted to the Isthmian League in 2015. 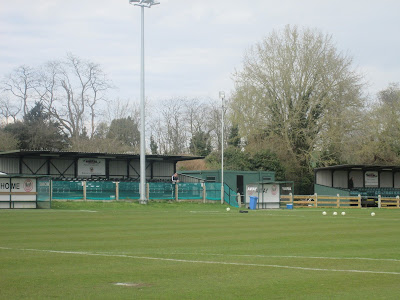 The journey to the Phoenix Sports Ground is relatively straightforward by public transport and I had already planned my route. This involved getting a train to Stratford, Docklands Light Railway to Lewisham, followed by another train to Barnehurst. This journey will have avoided Zone 1 reducing the cost on my oyster card. Despite this research, I was subsequently offered a lift and the adventure became the M25 and the Dartford Crossing which resulted in journeys of less than hour to and from Cheshunt. 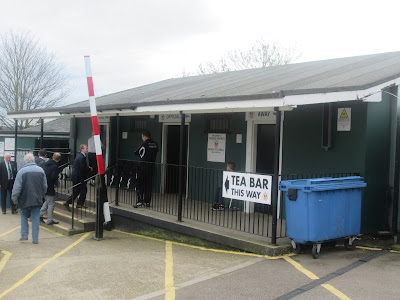 On arrival at the ground I took the opportunity to wander around taking photographs. In conversation with a club official, I was informed that if I had visited a couple of years previously, there would have been very little to see. However, the progress of the club and associated promotion to the Isthmian League has seen the required upgrade of the facilities. 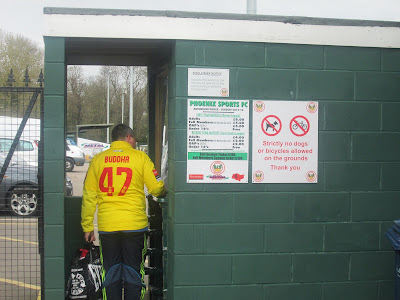 As you enter the ground, the main club buildings are situated on the right behind one of the goals. In the near corner are the changing rooms which resemble a cricket pavilion (possibly doubled up as that in a previous life). The clubhouse and bar is the next building you come to and further along from there is a covered flat standing area followed by the remaining structure which contains the refreshment facilities. The usual fare of hot and cold drinks, burgers, chips etc was on sale at reasonable prices. The pitch has a defined slope running from left to right as you enter the ground in the corner. 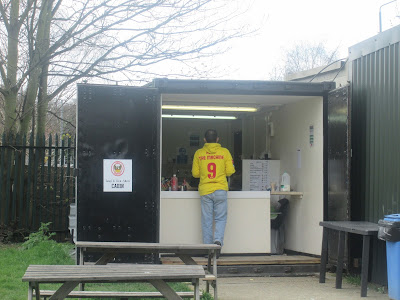 The left hand side has raised areas in the first half of the field which can afford a good view if standing. This side of the ground is also where you find the remaining spectator facilities in the form of two covered seated stands. The viewing from these areas, specifically that central to the pitch, is not particularly good and is obscured by a combination of dugouts and floodlight pylons. I suspect that sight of the playing area was not at the fore as a consideration when the club was hastily trying to comply with ground grading criteria. 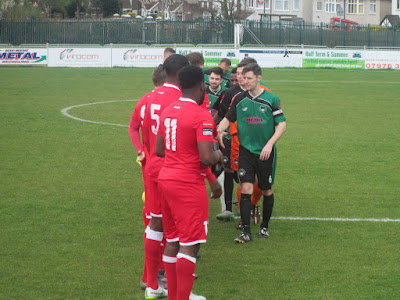 Visitors Harlow Town were in 2nd place going into this match. With leaders AFC Sudbury "out of sight", Harlow were keen to secure all three points on offer in their quest to claim home advantage in the play-off matches. All looked good when they took the lead shortly after the break. However, with possibly their only two direct attempts at goal, the home side led 2-1 with time running out for Harlow. In the end, a late equalizer spared their blushes and the match ended in a draw. 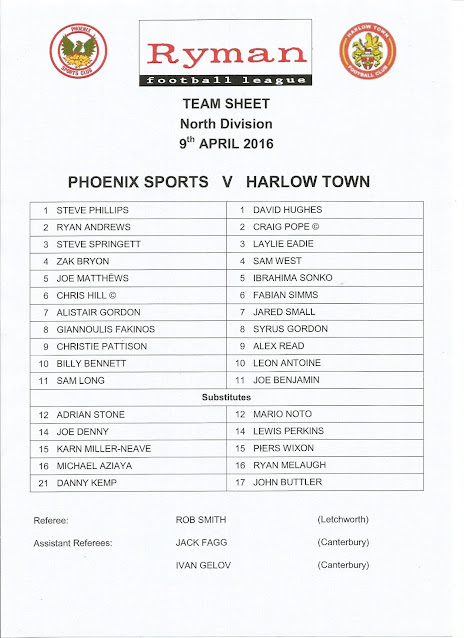 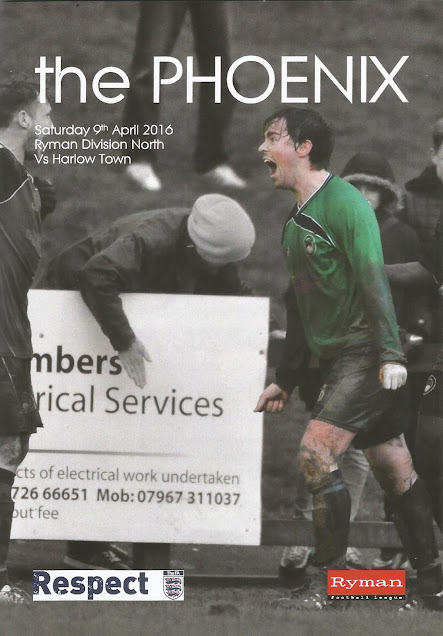