Bath is the largest city in the Somerset, England, known for its Roman-built baths. Bath is in the valley of the River Avon, 97 miles west of London and 11 miles south-east of Bristol. The city became a World Heritage Site in 1987. The city became a spa with the Latin name Aquæ Sulis ("the waters of Sulis") c. AD 60 when the Romans built baths and a temple in the valley of the River Avon, although hot springs were known even before then. Archaeological evidence shows that the site of the Roman baths' main spring may have been treated as a shrine by the Britons. Water bubbling up from the ground as geothermal springs originates as rain on the Mendip Hills. The rain percolates through limestone aquifers to a depth of between 9,000 to 14,000 ft where geothermal energy raises the water's temperature to between 64 and 96 °C. Under pressure, the heated water rises to the surface along fissures and faults in the limestone. Hot water at a temperature of 46 °C rises here at the rate of 257,364 gallons daily. 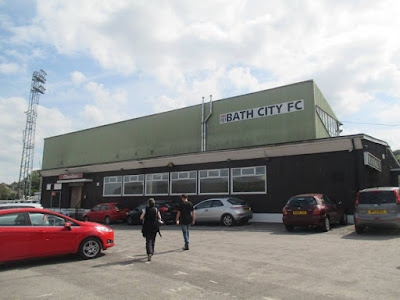 Most buildings in Bath are made from the local, golden-coloured Bath Stone, and many date from the 18th and 19th century. The dominant style of architecture in Central Bath is Georgian. The most spectacular of Bath's terraces is the Royal Crescent, built between 1767 and 1774 and designed by the younger John Wood. But all is not what it seems; while Wood designed the great curved façade of what appears to be about 30 houses with Ionic columns on a rusticated ground floor, that was the extent of his input. Each purchaser bought a certain length of the façade, and then employed their own architect to build a house to their own specifications behind it! 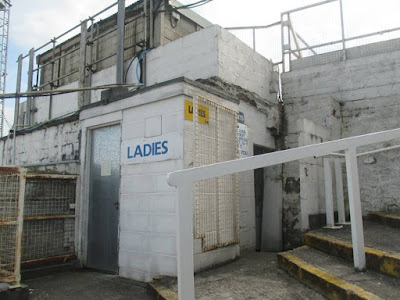 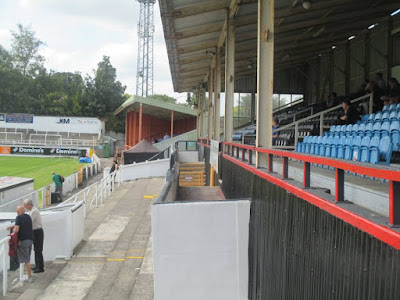 On a busy bank holiday weekend, the trains out of London Paddington were particularly busy as there was engineering work taking place to the west of Swindon. This meant that the services to Bristol Temple Meads were rammed. However, my train kept good time. On arrival at Bath I took the opportunity to have a wander around the centre before venturing out towards the ground. 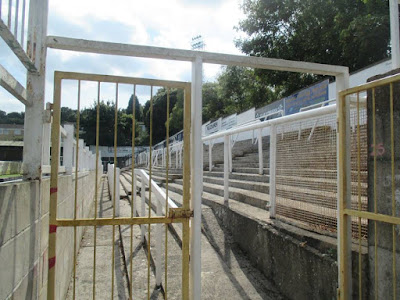 En route to Twerton Park,  I was pleased to visit the Royal Oak micro pub. At the bar I requested something dark and local. In return I received a pint of Sirius (4.5%) from Ralph's Ruin. Brewed on the premises so you can't get any more local than that!  A fine ale indeed!  Anyone with an interest in good beer and visiting Bath City FC will enjoy this pub, less than ten minutes’ walk from Twerton Park, on the main road. 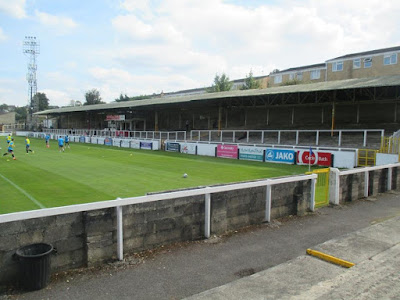 I had visited this magnificent venue back in 1989 when I saw homeless Bristol Rovers play Notts County in a Football League match. Since then I had long yearned for a revisit to watch a Bath City match. I have to say that Twerton Park is even better than I remembered it to be. A couple of covered seated stands are situated on the main side of the pitch. These are complimented by vast terracing for the remaining parts of the ground. In particular, the side terrace is fully covered and is a tremendous spot from where to watch football. The tea bar is on a raised level meaning that you can continue to watch the match as you queue! 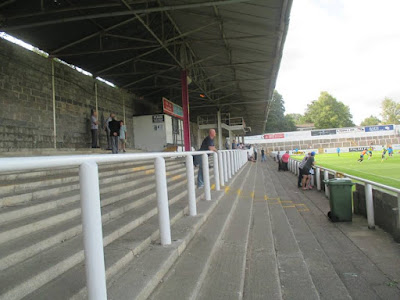 Bath City FC ground out a narrow victory in an entertaining match for their third straight win, following defeat in their opening three fixtures. Immediately prior to catching my return train to Paddington, I visited Graze, adjacent to the railway station, this "trendy" establishment is also home to the Bath Ales microbrewery. I enjoyed a pint of Platform 3 (4.5%). 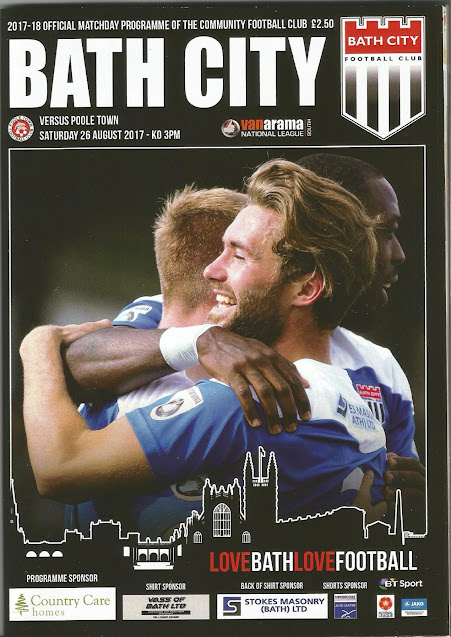