Nailsworth is a town in Gloucestershire, lying 4 miles south of Stroud, in one of the Stroud Valleys in the Cotswolds. In ancient times Nailsworth was a settlement at the confluence of the Avening Valley and the Woodchester Valley, on the Nailsworth Stream. Among many notable historic medieval buildings in the area are Beverston Castle and Owlpen Manor. In the modern era Nailsworth was a small mill town and centre for brewing. It was connected directly to the UK national rail network between 1867 and 1947 with a station that was the terminus of the Stonehouse and Nailsworth Railway. The River Frome, which runs through the town, was also the site of an important trout fishery. These days Nailsworth is visited in the summer by walkers. It holds a farmers' market every fourth Saturday in the month. 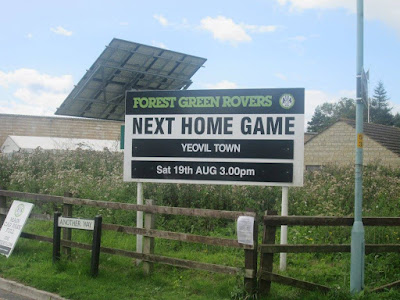 The football club was established in 1889 by Reverend E.J.H. Peach, representing the Forest Green area of Nailsworth. The name Rovers was adopted in 1893, and the following year the club were founder members of the Mid-Gloucestershire League. The first home league match on 6 October was a 1–1 draw with Brimscombe and the club went on to finish the 1894–95 season in third place. Forest Green were amongst the founders of the Gloucestershire County League in 1968, where they played until moving up to the Premier Division of the Hellenic League in 1975 under the management of Peter Goring. Forest Green's first season in the Hellenic League Premier Division saw them finish fourth. Although they then spent two seasons in lower mid-table, a third-place finish in 1978–79 was the start of a successful four years, culminating in the 1981–82 season, in which they won the Hellenic League and reached the final of the FA Vase. At Wembley they defeated Rainworth Miners Welfare 3–0 to win the trophy. At the end of the season the club were promoted to the Midland Division of the Southern League. Although they finished third in their first season in the new league, the next six seasons were spent in mid-table. 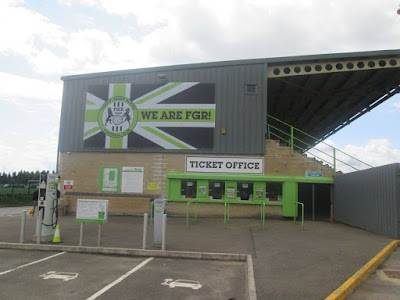 In 1989 the club was renamed Stroud Football Club. Another season in mid-table was followed by two in which they finished in the bottom five. After reverting to their original name, the club continued to struggle in the league until they were transferred to the Southern Division in 1995. The 1997–98 season saw them win the Southern League Premier Division, securing a second successive promotion and entry to the Football Conference. In Forest Green's first season in the Conference they finished twelfth, as well as reaching the final of the FA Trophy, becoming the first team to play in the final of both the FA Vase and the FA Trophy. A third consecutive play-off campaign was secured with a third-place finish in 2016–17. After beating Dagenham & Redbridge 3–1 in the semi-finals, the club defeated Tranmere Rovers by the same scoreline in the final at Wembley, earning promotion to League Two. This made Nailsworth the smallest town ever to host a Football League club. 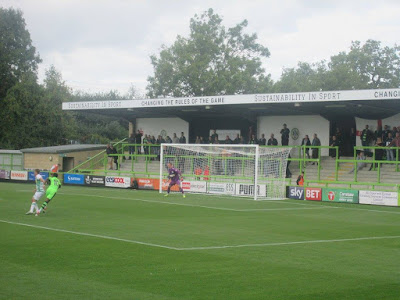 The New Lawn has been the home stadium of Forest Green Rovers since 2006. The stadium has a capacity of 5,147, of which 2,000 is seated. It replaced The Lawn Ground as Forest Green Rovers' home stadium. The stadium was due to cost the club £3 million and was approved in October 2003 by local council members, despite much local opposition due to the controversial siting of the development on school playing fields. Work started on the stadium on the 3 May 2005. The new ground has facilities to house 230 car parking places, 3 coach parking places. The stadium also has a leisure club, gym, sauna, conference and meeting facilities. 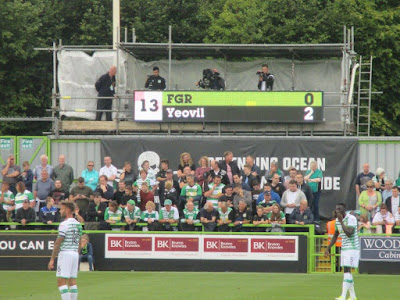 To reach the ground by public transport, I travelled by train from London Paddington to Stroud. The journey after Swindon through the start of the Cotswolds is picturesque and set the scene for Forest Green. At Stroud I was able to catch the half hourly 63 bus service to Forest Green, the ground being only a few minute's walk from the bus stop. The surrounding area is a mixture of residential or countryside. The nearest retail or refreshment options are down the hill in Nailsworth. However, for this match and probably most, the club restaurant was open to all (vegan fare) and there is also a secondary bar area at the end of the main stand. Both of these facilities had real ale (vegan) from the Stroud Brewery. 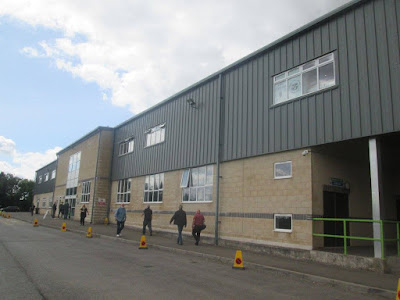 I sat in the main stand which is the only seated part of the stadium. Behind each goal is covered terracing. The remaining side of the ground is open terracing used to house the sizable away following from Yeovil. This match was tremendously entertaining. Yeovil Town took the lead early on and added to this with a further goal from the penalty spot. Forest Green Rovers hit back with a goal a few minutes later, only for the Somerset outfit to restore their two goal cushion. Immediately before the break the home side pulled another goal back and straight after the interval levelled the scores at 3-3. 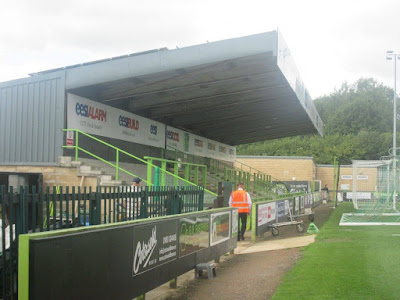 The comeback was completed when they scored a fourth and decisive goal. Both sides continued to attack for the remainder of the match. I felt a draw would have been fair but am pleased to have witnessed history being made as Forest Green Rovers won a Football League match for the first time. Getting back to Stroud was not as easy as the earlier. It seems that the 17.06 bus left earlier than timetabled or terminated its journey at an earlier stop. This appears to be a regular occurrence as the drivers avoid the steady stream of football cars leaving the ground at the end of matches. However, the next bus did run and by this time the football traffic had almost gone. There is a Wetherspoons public house (The Lord John) very close to Stroud Station and further refreshment was taken before catching the 19.35 service to London Paddington. 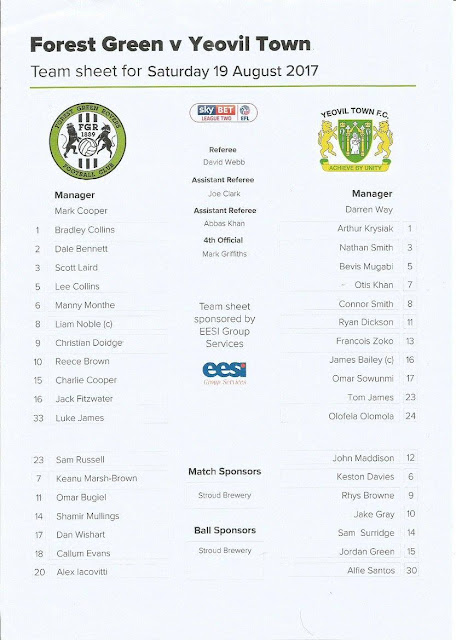 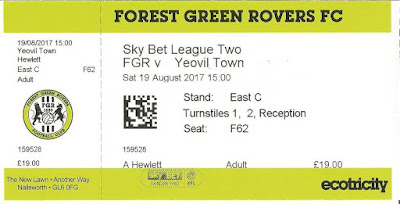 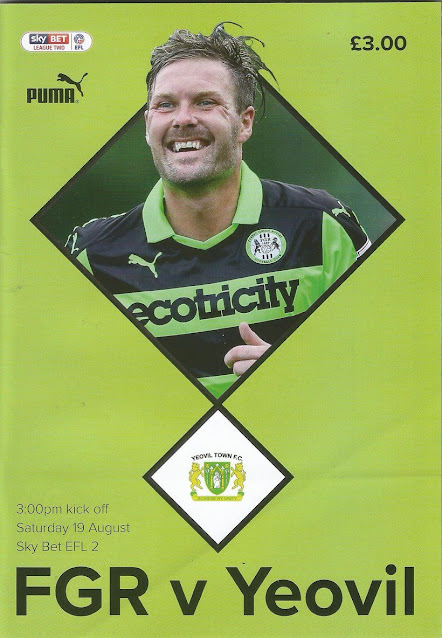