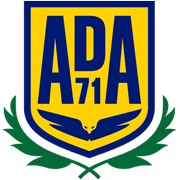 Alcorcón is a city in the south-west of the Madrid metropolitan area, Spain. The site appears to have been inhabited since prehistoric times. The name is of Arabic origin, but little is known of it before the Reconquista. An early written reference to Alcorcón is in a medieval document that dates from 28 July 1208. Alcorcón has a small historic centre (including the church of Santa María la Blanca), that is protected as an "archaeological zone". The centre is surrounded by modern developments, as it has been growing rapidly in recent times due to migration from other parts of Spain and Latin America. Alcorcón is linked to Madrid by Metro Line 10 and Line 12, Cercanías line C-5 and several buses (511, 512, 513, 514, 516, 518, 536, 541, 545, 546, 547, 548, 551, N501, N502, N504). There are two hospitals, the Fundación Hospital de Alcorcón (which is state owned, but run privately), and the Hospital Sur Madrid (a totally private hospital). The Alcorcón campus of the Universidad Rey Juan Carlos teaches health-related courses. In February 2013, it was announced that Eurovegas would be built in Alcorcón. However, in December 2013 the Eurovegas project was officially cancelled. 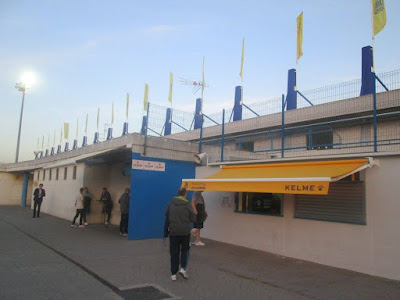 Founded in 1971 by Dionisio Muñoz Jerez, the football club spent roughly its first 30 years of existence in between the fourth division and the regional leagues. In 2000–01, it made its Segunda División B debut, finishing in 12th place, and spending the following seasons immersed in mid-table positions. In 2008–09, a third place in the regular season meant Alcorcón was allowed to appear in the promotion play-offs for the first time in its history. After disposing of Sant Andreu and Alcoyano, the club was ousted by Real Unión of Irun in the final round with a 3–1 aggregate scoreline. On 27 October 2009, Alcorcón secured the most famous victory in its history defeating La Liga powerhouse Real Madrid 4–0 at home in the first leg of its round-of-32 match in the Copa del Rey. In the club's first ever official match against a team from the top flight, Real Madrid fielded nine international players in its starting eleven. 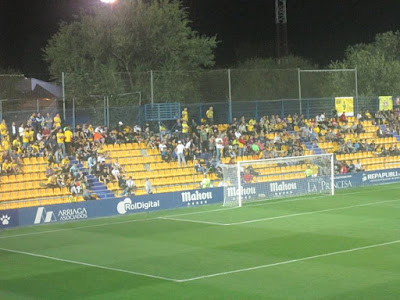 I was in Madrid ahead of the Champions League encounter between Real Madrid and Tottenham Hotspur and had been alerted to the possibility of attending this additional fixture within easy travelling distance of the centre. Suburban rail services run to Alcorcón and the local station is just a five-minute stroll from the Estadio Municipal de Santo Domingo. 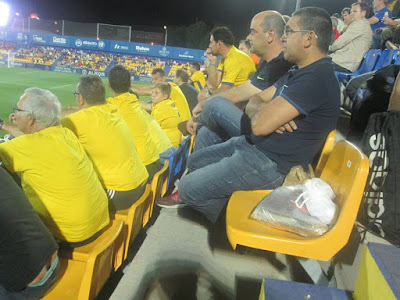 On arrival at the ground there was not a lot of activity. My immediate thoughts were that this level of football in Spain attracts nowhere near the level of attention that the Championship or League 1 and 2 receive in England. However, I may be wrong, as this was my induction to Spanish league football having only seen matches in European competitions previously. 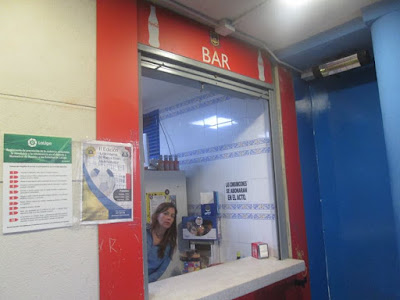 The stadium is tidy and compact and can boast four seated stands. However, it is only the main stand that is not open to the elements and we were fortunate that it did not rain. This Pieman viewed proceedings from the two-tiered stand opposite the main stand. I enjoyed an unhindered view of the match but further back in the structure you could be forgiven for thinking you were in the Upper tier of the away end at Loftus Road! The fifty or so visiting supporters from Lugo were accommodated in a small section to one side of a goal. 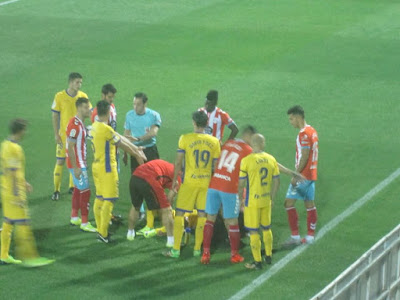 I enjoyed the match, which for the main was quite competitive. The 3G surface enabled some good passing but as the match progressed I began to wonder if we would get to see a goal. The home side was on a dreadful run of form whereas the visitors were in the play-off positions. With it still 0-0 at 90 minutes, I think most in the stadium were thinking that was that. However, with a minimum of three additional minutes signalled, a free kick outside the box was headed home to clinch the points for the visitors, who moved up to second place in the table as a result. 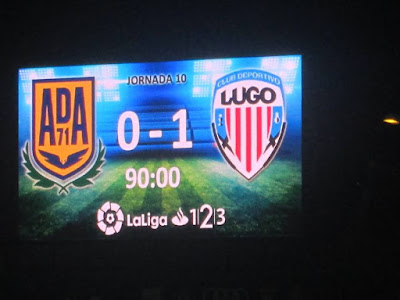 One of our number had booked a taxi back to the centre after the match and the journey took around 25 minutes. It was nice to see a different level of Spanish football and full credit to the couple of thousand locals and the smaller contingent who had travelled a long way (particularly on a Monday evening) from Lugo, for making the effort to attend. 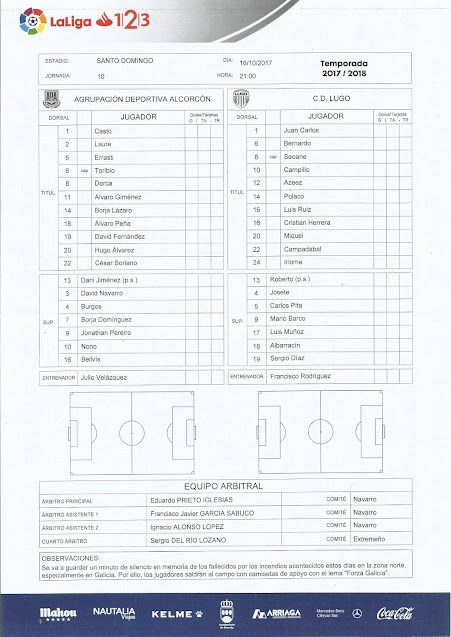