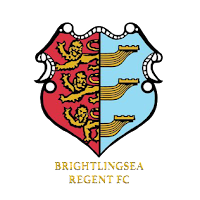 Brightlingsea is a coastal town and an electoral ward in the Tendring district of Essex. It is situated between Colchester and Clacton-on-Sea, at the mouth of the River Colne, on Brightlingsea Creek. Its traditional industries included fishery and shipbuilding. With the decline of these industries, the town is largely a dormitory town for Colchester. In the centre of the town is Jacob's Hall, reputedly the oldest timber-framed building in England, which was built during the fourteenth century. The Western Promenade has lines of beach huts, a skate park, swimming pool, boating lake and a paddling pool. It is a popular destination for tourists and Londoners. The Colne Yacht Club has recently renovated Bateman’s Tower, a local landmark by the sea, with help from a Lottery Fund grant. The Wivenhoe and Brightlingsea railway opened in 1866 and was a branch line that operated rail services from the nearby town of Wivenhoe into the town centre of Brightlingsea. The service unfortunately fell victim to the Beeching cuts in the 1960s, and was eventually axed in 1964 supposedly prompted by the high maintenance costs of the swing bridge over Alresford Creek, which was necessary to allow boat traffic to the many sand and gravel pits in the area. Brightlingsea railway station was located on the southern side of Lower Park Road where the town's community centre now sits. It stayed in place for four years after the railway's closure until it was destroyed by fire in 1968. 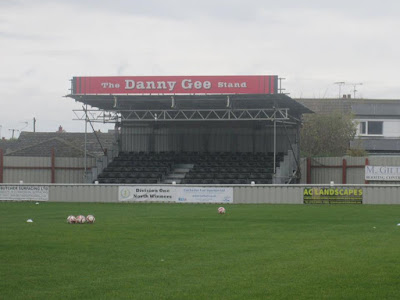 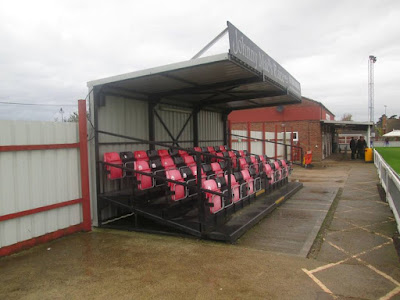 This was not my first visit to North Road as I had previously attended a match in the FA Trophy between the same two sides a year previously. On that occasion the match was abandoned due to a floodlight failure. The match had limped to half time with limited lighting but despite the best efforts to fix the problem the referee was forced to call a halt to proceedings just after the break. 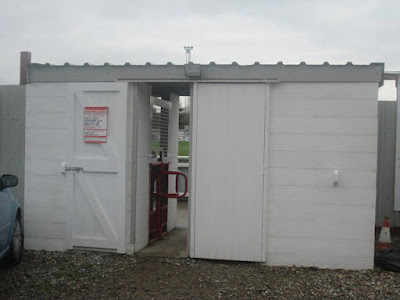 The journey to Brighlingsea via the M25 and A12 was good and with time to spare, the Cherry Tree public house presented a refreshment opportunity. There is real ale available and I opted for Timothy Taylor Landlord. From the pub it was only a five-minute stroll to the ground. 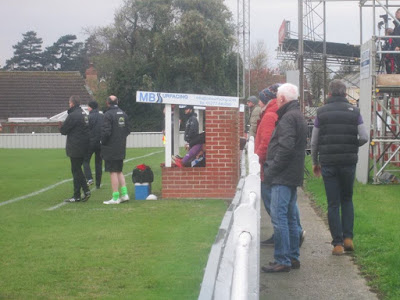 North Road has been a senior venue for some time but in recent years a number changes have been made in order to bring it up to the required standard for this level of football. There are two covered seated stands on either side of the pitch. In addition there are two covered standing areas, one along the side of the pitch where the dugouts are positioned and one behind a goal. The main clubhouse building houses the changing rooms, social area including the boardroom, licensed bar and tea bar. 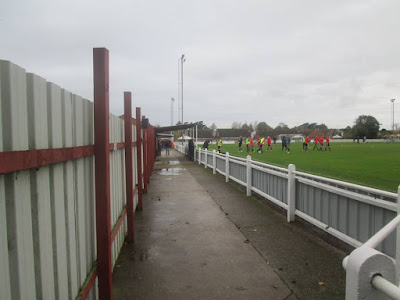 Struggling Harlow Town looked anything but in the opening period of the match. It was no surprise when Junior Dadson put the visitors ahead and this lead should have been extended when the same player was presented with another good opportunity. The home side rallied and went in at the break with a 2-1 lead. Brightlingsea grew in confidence and went further ahead with a fine strike from a free kick just after the interval. 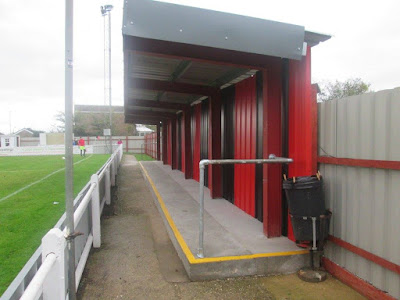 This was followed by the bizarre substitution of the goalkeeper by the Harlow Town management. I was informed that this was because he had rolled the ball out contrary to instruction. A complete waste of a substitution by a manager whose tactics in recent seasons do little to attract higher attendances at Barrows Farm. Anyway, it was good to complete a full 90 minutes at North Road. 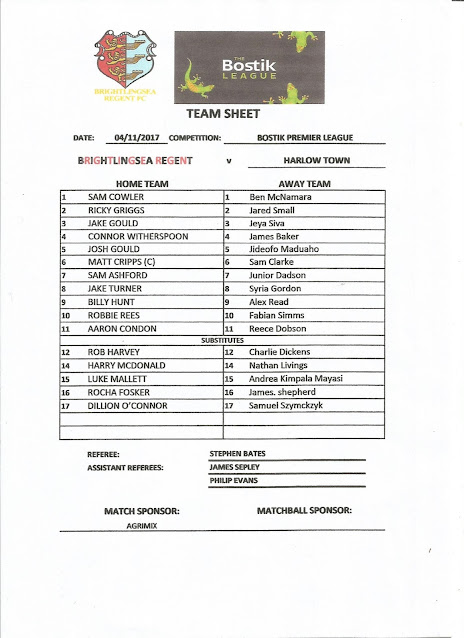 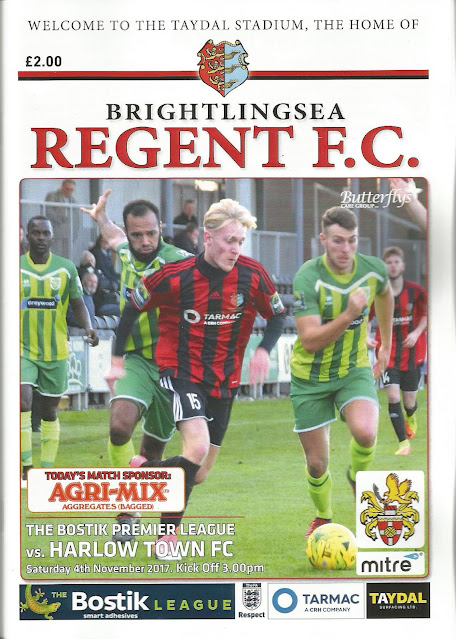 Other visits to this venue