Sittingbourne is an industrial town situated in the Swale district of Kent in southeast England, 17 miles from Canterbury and 45 miles from London. The town sits beside the Roman Watling Street and next to the Swale, a strip of sea separating mainland Kent from the Isle of Sheppey. The local clay was suitable for making bricks, and North Kent is geologically rich in chalk, which is not found in many other places in Europe in such abundance. This led to the development associated industries: water transport, paper, and cement, all of which continue today in the area. The area around Sittingbourne was subject to constant air raids by Zeppelins and aeroplanes during the First World War. The Germans used the town as a reference point for bearings on the way to London. The first visit by a German aeroplane happened on Christmas Day 1914. Guns at Sheerness fired at the lone invader but still one shell dropped into a field at Iwade. The next event was to occur on 16 January 1915 when another solitary pilot from a German aerodrome in Belgium bombed Sittingbourne. This aircraft, a Taube, was pursued by two local airmen, but managed to escape after dropping a couple of bombs. 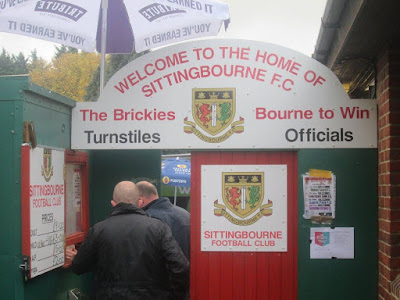 Sittingbourne FC traces its lineage to 1886. The club moved to a field behind the Bull pub in 1892, where they were to remain for nearly 100 years. Senior status was acquired in 1893, and the following year the club joined the first incarnation of the Kent League, before withdrawing to enter the South Eastern League in 1905. Sittingbourne were Kent League champions in 1975–76, 1983–84 and 1990–91, the third title win earning them a place back in the Southern League. In 1992–93, by now playing at the new Central Park ground, they won promotion to the Southern League Premier Division, however a financial crisis led to relegation two years later. Although the team bounced back, winning the Southern Division title at the first attempt, they were relegated again in 1998 as the club hovered on the brink of being wound up completely. A move out of Central Park and a drastic reduction in the playing budget saw the Brickies through their troubles, but they flirted with relegation back to the Kent League for a number of years, only finishing in the top half of the table on one occasion in the next eight seasons. In 2006 a re-organisation of the English football league system saw Sittingbourne moved into the Isthmian League, starting in Division One South. The 2009–10 season ended with Sittingbourne winning the Kent Senior Cup for the first time in 52 years. In 2013 the club moved to their new venue - Woodstock Park. 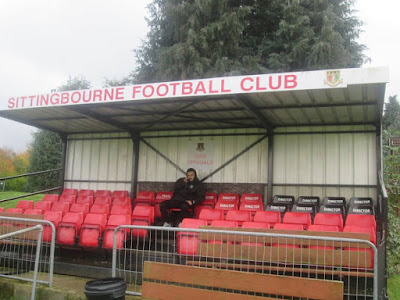 I had visited Central Park in 1993 for a friendly v Tottenham Hotspur. However, I never got to attend a match at Bourne Park, the subsequent venue. Therefore, I was keen to get along to Woodstock Park for this match. The high-speed service from St Pancras conveniently stops at Stratford and from there it takes less than an hour to reach Sittingbourne. 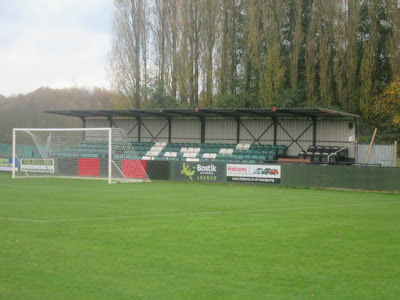 The walk from the railway station to the ground takes around 45 minutes. However, pedestrians should be aware that there is a short stretch without streetlights and footpaths – a challenge. In town an opportunity was taken to visit The Golden Hope (JD Wetherspoon), an interesting establishment t also reflects the buildings former life as a courthouse, with the prison cells converted into private dining areas with distinctive booth seating. 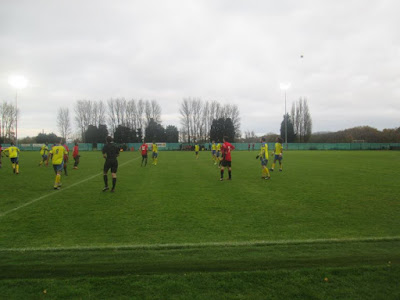 On arriving at the ground and following a very friendly welcome, I took the opportunity to wander around the ground and get some photographs in the decent daylight. It is not possible to walk the entirety of the ground, as the far side where the dugouts are situated has no walkway. There are two covered seated stands and a two covered standing areas. There is also a raised bank between the clubhouse building and the pitch that also offers a good view.


The match was preceded by a superbly observed remembrance tribute on Armistice Day. A full version of the last post and a two-minute silence in the presence of local veterans was very moving. Both teams are doing well in the respective Isthmian League Divisions (North and South) and those I spoke to predicted a close match. Valery Pajetet in goal for the visitors made a couple of fine saves in the first period but could do nothing to prevent Kane Rowland from prodding home a rebound to put the hosts ahead. The visitors equalised with the last attack of the half, a free kick to the edge of the six-yard box comfortably headed home by Ralston Gabriel. 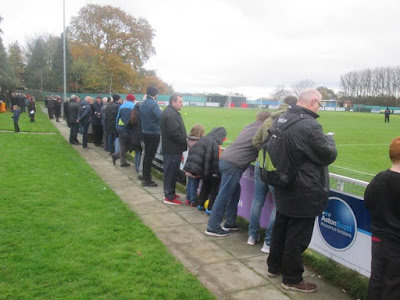 The second period, although not providing further goals, was entertaining as both sides pushed for a winner. A draw was certainly a fair result with a replay at Coles Park having to determine which club progresses to the next round of the FA Trophy. The walk back to the station was in the dark and it was good to negotiate the rural part swiftly and get on to a footpath. It was good to return to Sittingbourne after so many years. 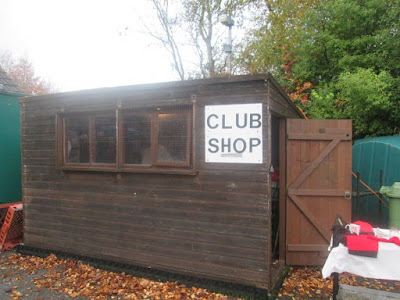 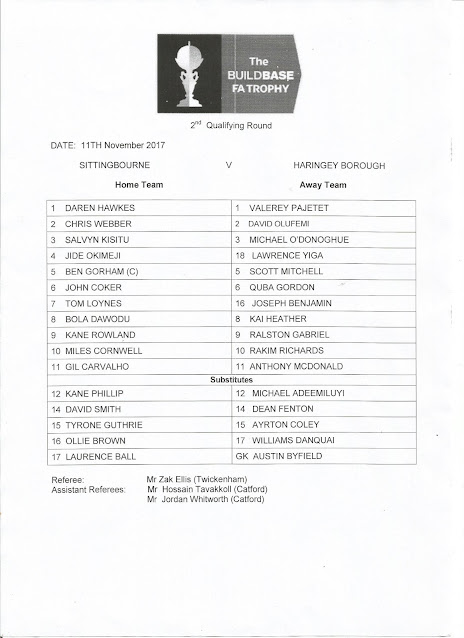 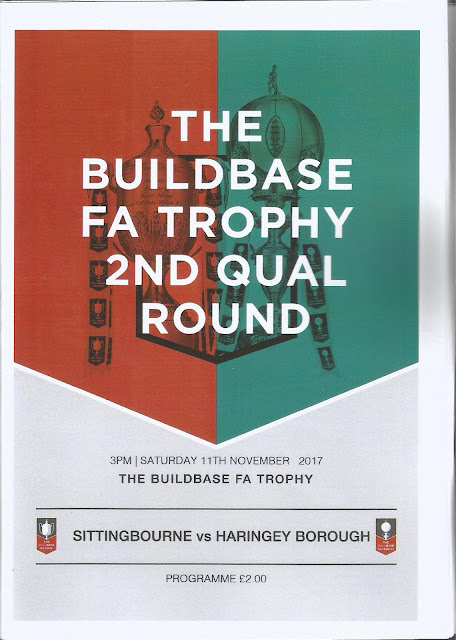