Dortmund is a city located in the east of the Ruhr area, one of the largest urban areas in Europe, comprising eleven independent cities and four districts with some 5.3 million inhabitants. Dortmund comprises 62 neighbourhoods which in turn are grouped into twelve boroughs (called Stadtbezirke), often named after the most important neighbourhood. Three boroughs cover the area of the inner city (Innenstadt-West, Innenstadt-Nord, Innenstadt-Ost) and the remaining nine boroughs make up the surrounding area (Eving, Scharnhorst, Brackel, Aplerbeck, Hörde, Hombruch, Lütgendortmund, Huckarde, Mengede). Each Stadtbezirk is assigned a Roman numeral and has a local governing body of nineteen members with limited authority. Most of the boroughs were originally independent municipalities but were gradually annexed from 1905 to 1975. 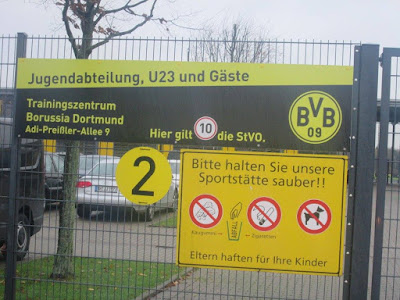 Borussia Dortmund's training ground and Academy base Hohenbuschei is located in Brackel, Inside the complex, there are exercise training facilities for physical fitness and rehabilitation robotics areas, physiotherapy and massage rooms, and remedial and hydrotherapy pools. There are also sauna rooms, steam rooms and weight rooms, classrooms, conference halls, offices for the BVB front office, a restaurant, and a TV studio to interview the players and coaching staff for. There are five grass pitches, two of which have under-soil heating, one artificial grass field, two small grass pitches and a multi-functional sports arena. The site covers a total area of 190,000 sq ft. 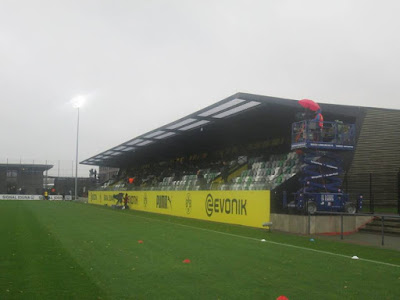 Having stayed in Dortmund twice previously, I was keen to explore a different location and opted to base myself in Düsseldorf. On arrival at my hotel I was presented with a travel pass covering the full duration of my stay (spread over three days), offering free public transport throughout the region (including Dortmund). Whilst exploring Düsseldorf, I was able to sample the superb altbier, distinctive to this region. Altbier gets its its name from it being top-fermented, an older method than the bottom fermentation of other lagered beers. Those enjoyed were Kürzer, Schlüssel, Uerige, Frankenheim, Schlôsser and Schumacher. 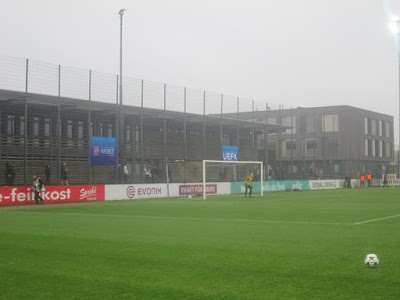 This UEFA Youth League Group Stage match presented an opportunity to watch two matches between the same clubs on the same day. Over the last couple of seasons this has become the norm when travelling abroad for Champions League matches. The timing of this match meant having the best part of five hours before the latter match. 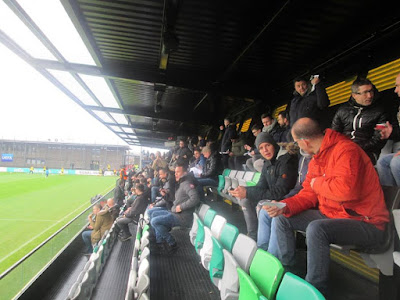 There are public transport options available to reach this venue. However, the bus service from one of the Brackel stations would have been at half-hour intervals. On a drizzly day, sharing a taxi for the twenty-minute journey proved to be a good choice. 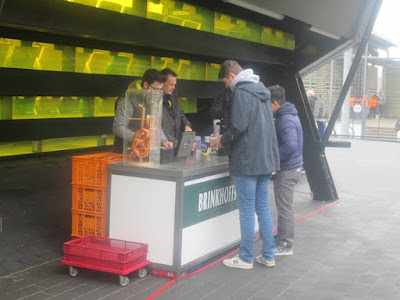 On arrival, a 4 Euro admission fee was charged (first time I have paid to get in to one of these matches). Having walked the perimeter of the ground to maximise photographic opportunities, it was time to sit in the covered stand which affords a fine view of proceedings. 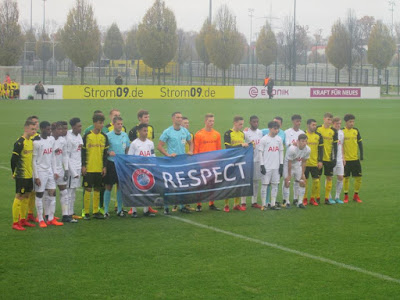 We witnessed a fine performance from the young Spurs side, dominating their hosts for the entirety of the match. Samuel Shashoua put Spurs ahead after eight minutes and ten minutes later Jaden Brown increased the lead. A goal against the run of play, following a goalkeeping error just after the half hour gave Dortmund a chance but this was a mere blip, as just before the break, Kazaiah Sterling’s fine strike restored the two goal lead. Spurs were even afforded the luxury of a missed penalty in this period. This was the result at the end of the match following a steady second period in which Dortmund did little to trouble the visitors. 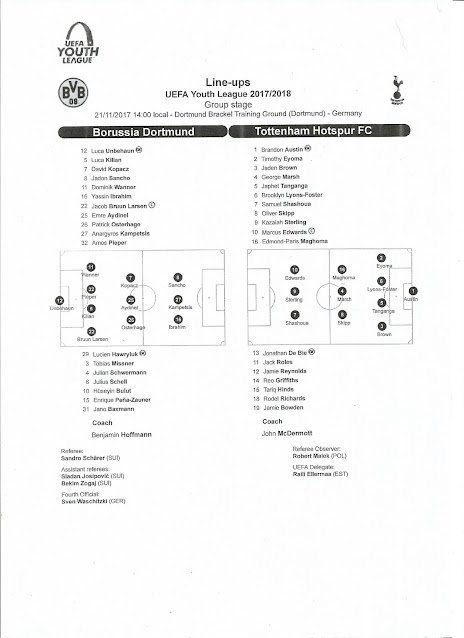 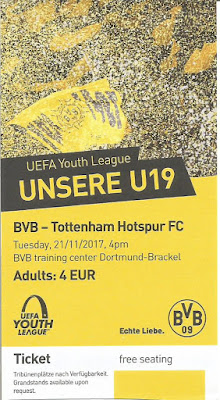