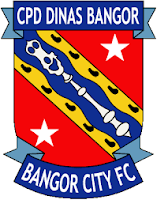 Bangor is a city in North Wales, and one of the smallest cities in the United Kingdom. It is the oldest city in Wales. The origins of the city date back to the founding of a monastic establishment on the site of Bangor Cathedral by the Celtic saint Deiniol in the early 6th century AD. Bangor itself is an old Welsh word for a wattled enclosure, such as the one that originally surrounded the cathedral site. The present cathedral is a somewhat more recent building and has been extensively modified throughout the centuries. Bangor lies on the coast of North Wales near the Menai Strait, which separates the island of Anglesey from Gwynedd unitary authority, the town of Menai Bridge lying just over the strait. Garth Pier is the second longest pier in Wales, and the ninth longest in the British Isles, at 1,500 feet in length. It was opened in 1893 and was a promenade pier, for the amusement of holidaymakers who could stroll among the pinnacle-roofed kiosks. Bangor Mountain casts a shadow across the High Street, Glan Adda and Hirael areas, so that from November to March some parts of the High Street in particular receive no direct sunlight. 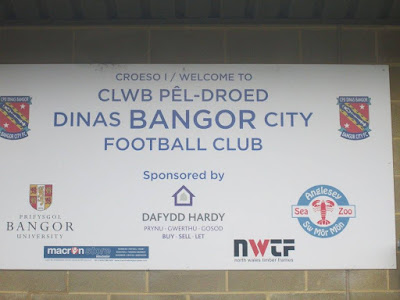 Bangor City FC is one of Wales' older football clubs, and has an illustrious history of competition in European football, the English pyramid system and now the Welsh Premier League. The club has been a founder member of the North Wales Coast League in 1893, the Welsh National League in 1921, the North Wales Combination in 1930, the Welsh League (North) in 1935, the Northern Premier League in 1968, the Alliance Premier League (now Football Conference) in 1979, and in 1992 the League of Wales. On 12 May 1984 Bangor became the first Welsh club to play at Wembley since Cardiff City in 1927, when reaching the FA Trophy final against Northwich Victoria. The match finished 1–1, with local boy Paul Whelan scoring for Bangor. The replay was played in Stoke City’s Victoria Ground, and despite a goal from another Bangor lad (Phil Lunn), Bangor lost 2–1 conceding in the last minute. 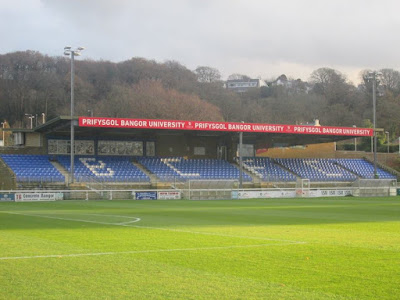 An early departure from London Euston was disrupted by a number of delays, ranging from an earlier train failure and late arrival of driver, a member of train crew being delayed further along the line, a late running Virgin Voyager train and the inability of Virgin and Arriva Trains Wales to communicate. The latter issue enabled me to watch my connecting train pull out of Chester at the same time as my arrival. This meant having an additional hour in Chester, where the City Arms, opposite the station, provided a pleasant interlude. 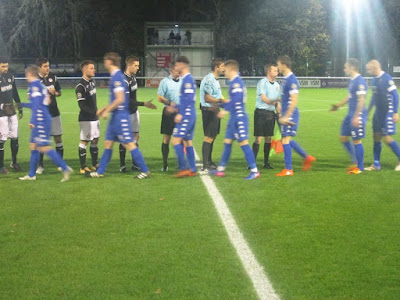 On arrival at Bangor there was still plenty of daylight and an opportunity was taken to venture out to the ground. This Pieman was permitted entry to the ground by very friendly and welcoming staff, so the hoped for daylight photographs were secured. Walking back towards town, I suddenly encountered a massive shower of hailstones and within minutes the entire area was blanketed in white. A beautiful sight, but now very slippery under foot. 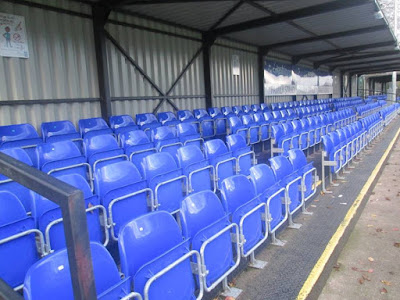 The Nantporth Stadium is a relatively new home for Bangor City, having relocated from Farra Road in 2012. There is a covered seated main stand. Although the wings of this structure are unusually open to the elements. On the opposite side there are two smaller seated stands, both of which are on the left-hand side when viewed from the main stand. There is hardstanding around the entire perimeter of the pitch, with two rows of shallow terracing at each end. The ground is situated adjacent to the Menai Strait and Anglesey is visible from the main stand. 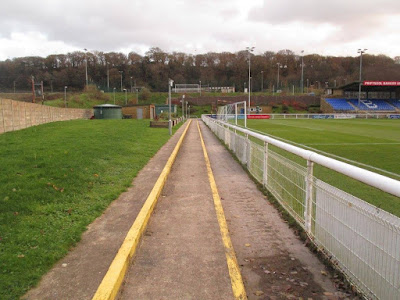 This match saw fourth placed Bangor City host fifth placed Bala Town. A win for the visitors would have put them a solitary point behind the home side. A keenly contested, sometimes feisty, affair unfolded. The home side scored twice in the first period and could have scored more. Bala Town looked better in the second half and were unlucky not to score themselves. However, three further strikes, two of which were spectacular, sealed a comprehensive victory for the home side. 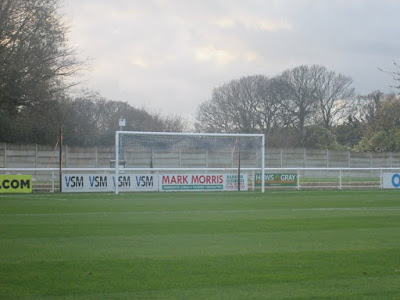 As a result of this win, Bangor City went top of the table. Bala Town will have been frustrated by the fine display of Matthew Hall, in goal for the home side. This match was a fine advertisement for the Welsh Premier League. 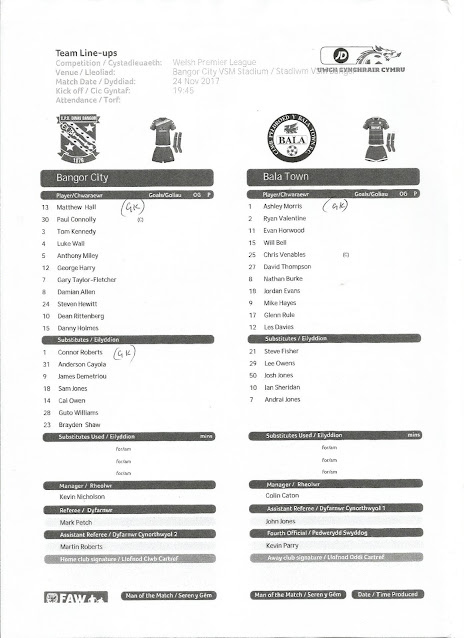 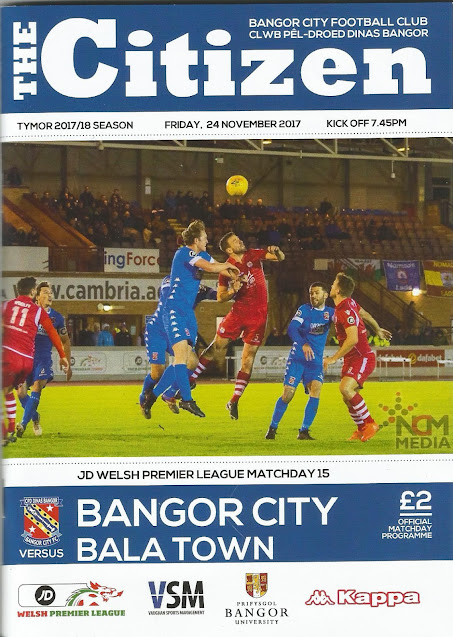