Aveley is a small town within the Thurrock unitary authority in Essex, England, and forms one of its traditional Church of England parishes. It is a suburb of London located 16.3 miles east of Charing Cross in London and within the eastern bounds of the M25 motorway. Aveley is roughly bounded to the north and west by the London Borough of Havering, to the south by the A13 road and to the east by the M25 motorway. The nearest places are Purfleet, South Ockendon, Wennington and West Thurrock. The name Aveley has various spellings – Alvithelea, Alvileia and Alvilea. The name means Aelfgyth's wood clearing. The parish church of St Michael is a Grade 1 listed building dating from the 12th century. It contains a 14th-century memorial brass to Radulphus de Knevynton, which is echoed in the arms of the Thurrock unitary authority. The church was declared unsafe in the 19th century, with the recommendation that it should be pulled down. However, this was averted by its parishioners, who raised £1,000 to save it. John Newton, the author of Amazing Grace, lived in the town and Alice Diehl the novelist and concert pianist, was born in Aveley. 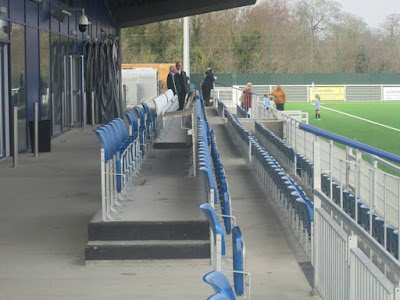 I was fortunate to be offered a lift to this match. Despite the obvious conflict with shopping traffic heading for Lakeside, the M25 behaved itself. Public transport options include bus route 372 from Rainham Station. I had visited Aveley’s previous ground on a couple of occasions. The first was for an Isthmian League match against an emerging Stevenage Borough in 1991. It is fair to say that Parkside is very different to Mill Field. 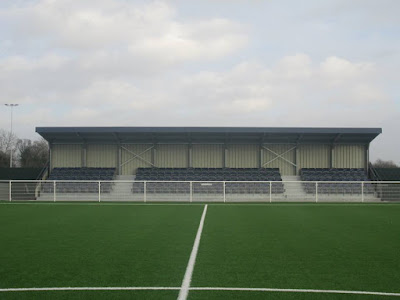 Credit is most certainly due to whoever is responsible for the design of the new place, which is not typical of new builds in that the venue has some character. The main clubhouse building is very impressive and has a unique shape to it. The main stand is part of this structure. Also contained at ground level is fine bar/function room. This building also house the changing facilities and upstairs are corporate facilities including the boardroom. 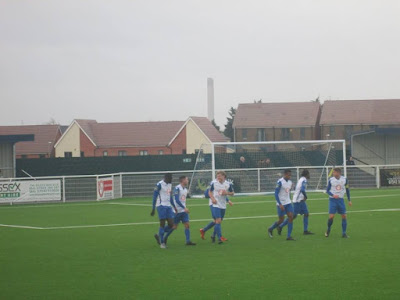 On the opposite side of the pitch is another covered seated stand affording a decent view (I watched the first half from here). At each end of the stadium are two covered terraced areas, situated to each side of the goals (I watched the second half from one of these).  Accordingly, Parkside boasts six separate covered spectator viewing areas, impressive for this level. 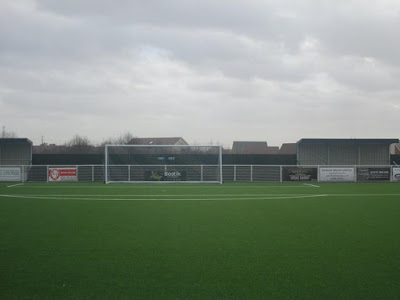 This match saw two clubs desperate to revive their seasons, both in the wrong half of the table following less than impressive starts. The home side took the lead with a downward header in the first period and when awarded a penalty late in the match, it was expected that they would collect the three points on offer. However, the missed spot kick revitalised the visitors from Suffolk (down to ten men by this stage) and a late equaliser saw them snatch a point. 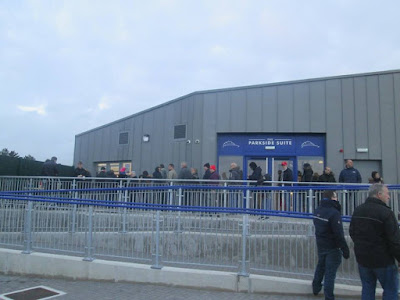 I was really impressed with the new set up at Aveley. The club appears to be reaching out to the local community (a children’s birthday party/football fun event was taking place around the match – even supplying the ballboys!). I would certainly recommend Parkside as a place to visit. 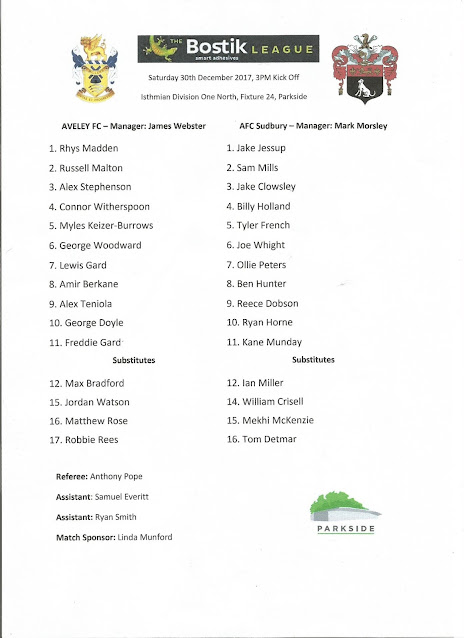 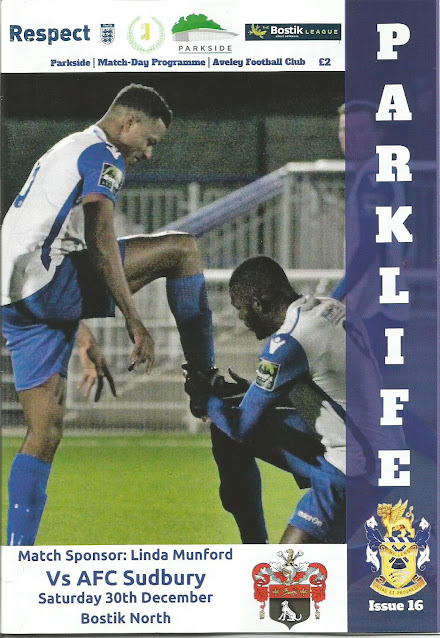