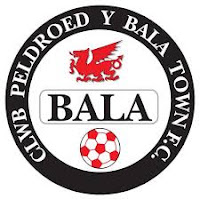 Bala is a market town and community in Gwynedd, Wales. Formerly an urban district, Bala lies within the historic county of Merionethshire. It lies at the north end of Bala Lake 17 miles north-east of Dolgellau, with a population taken in the United Kingdom Census 2011 of 1,974. It is little more than one wide street, Stryd Fawr (High Street, literally "Great Street"). Bala was ranked having the 20th highest percentage of Welsh language speakers in Wales by electoral division, in the United Kingdom Census 2011. According to the census, 78.5% of Bala's population can speak Welsh. Bala hosted the National Eisteddfod in 1967, 1997 and 2009. The 2009 Eisteddfod was notable because the chair was not awarded to any of the entrants as the standard was deemed to be too low. Bala hosted the National Eisteddfod for the Welsh League of Youth (Eisteddfod Genedlaethol yr Urdd Gobaith Cymru) in 2014. On 16 June 2016, Bala's name was changed to Bale temporarily in honour of Real Madrid forward Gareth Bale. This was only for the duration of UEFA Euro 2016. The Bala Lake Railway (Welsh: Rheilffordd Llyn Tegid) runs for 4.5 miles from Llanuwchllyn to the edge of the town, along a section of the former trackbed of the Great Western Railway line between Ruabon and Barmouth. It terminates at Bala (Penybont) railway station, which opened in 1976 on the site of the former Lake Halt station. 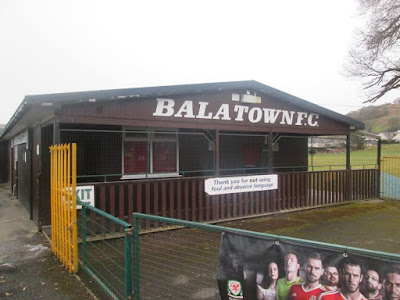 Although the current Bala Town FC was formed in 1880, there is record of a football club competing in the 1877–78 Welsh Cup, losing to Corwen after two replays. After Bala North End, Bala South End and Bala Thursday's merged, Bala Town's first available league status record is playing in the Welsh National League North Division 2 East in 1921–22 season. Bala Town moved to their current home, Maes Tegid, in the early 1950s and joined the Wrexham Alliance in 1950. The club was promoted to the second tier of Welsh football, into the Cymru Alliance at the end of the 2003–04 season. After only four seasons in the Cymru Alliance, Bala Town sealed promoted to the Welsh Premier League. 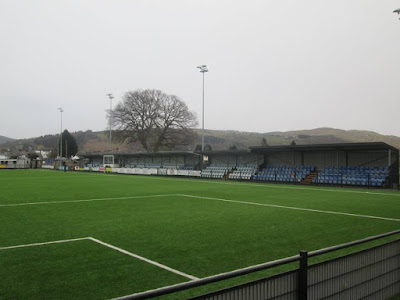 To reach Bala by public transport, it was necessary to catch a bus from Ruabon Railway Station. The journey took around one and a half hours and cost £5:70 (single fare). Anyone using this route (T3 from Wrexham to Barmouth Railway Station) will need to be aware that the two bus stops in Ruabon are displaying out of date timetables. Fortunately, on-line research was accurate. 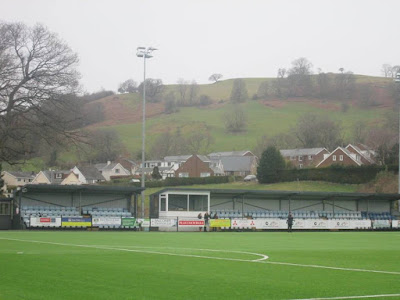 The football ground is only a few hundred yards from Bala High Street. This Pieman was pleased to be able to visit earlier to take some daylight photographs. There is covered seating along one side of the ground and there is a small covered terrace behind one of the three goals. Behind the other goal is a steep grassed bank, separated from the adjacent property by a line of very tall trees. The remainder of the ground contains hardstanding around the fully enclosed pitch. 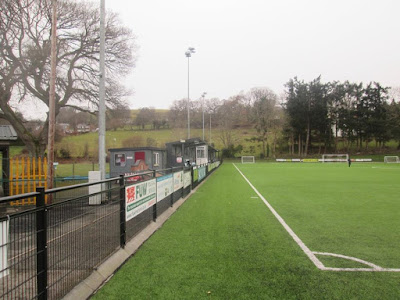 The New Saints FC will again be champions of the Welsh Premier League. However, the battle for second place and entry to the UEFA Europa League was still to be decided. Prior to this match there was only one point separating Bala Town in second place who were hosting Connah’s Quay Nomands in third place. 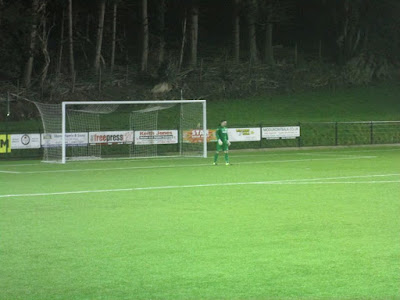 This proved to be a very closely contested match. Many of the players on both sides appeared to be from the Merseyside area and there was clearly no love lost between the rival teams. A very even first half gave way to an open second period, where the visitors claimed the points, courtesy of a relatively simple strike. This result confirmed The New Saints as Champions. 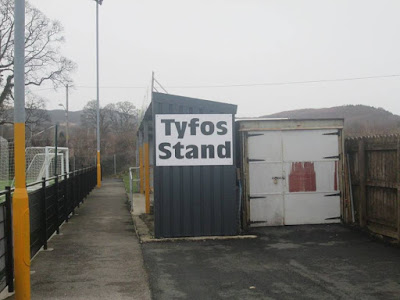 Bala is a very pleasant small town set in a picturesque region of Wales. The bus journey is worth it for the views alone. The football club is thriving and I would certainly recommend a visit to what for me was previously an unexplored part of the Principality. 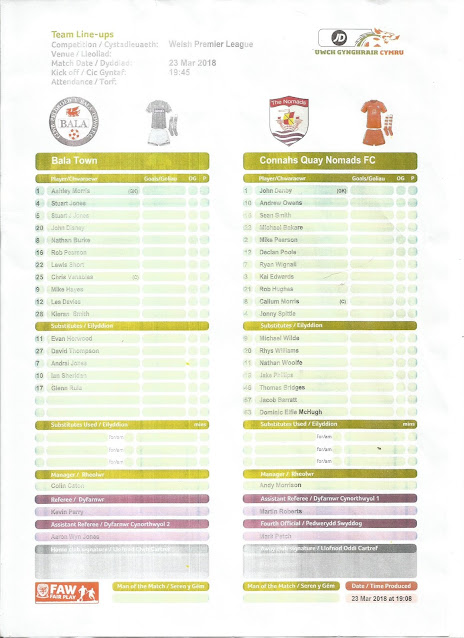 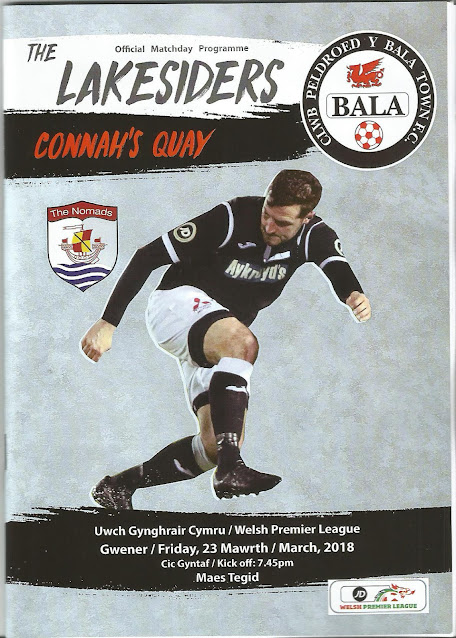