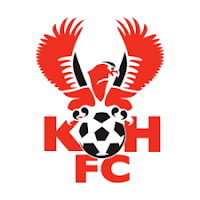 Kidderminster is a large town and civil parish in the Wyre Forest district of Worcestershire. It is located approximately 17 miles south-west of Birmingham city centre and approximately 15 miles north of Worcester city centre. The modern carpet industry was founded in the area in 1785 by Brintons, and the carpet industry became extremely important to the local economy, so much so that the local newspaper is still named The Shuttle after the shuttles used on the carpet looms. By 1951 there were over thirty carpet manufacturers in the town, including, for example Quayle & Tranter (now defunct) who commissioned notable artists including George Bain for their traditional designs. Aided by a 2004 grant from the Heritage Lottery Fund, a museum dedicated to the Kidderminster Carpet Industry was officially opened by Lord Cobham in 2012. Two railway stations in the town share the same approach road and are located less than fifty metres apart. The main Network Rail station operated by West Midlands Trains is Kidderminster, from where trains run to Birmingham, Worcester and London. The other station, Kidderminster Town, is the terminus of the preserved Heritage Railway line, Severn Valley Railway from where trains run to Bridgnorth. 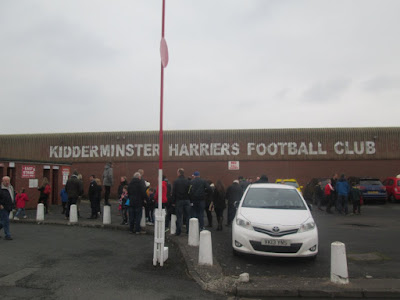 Kidderminster Harriers FC was formed in 1886 from a highly successful athletics and rugby union club that had existed since 1877. In July 1880 the Athletics club amalgamated with the local Clarence rugby club to become 'Kidderminster Harriers and Football Club'. They are the only club from Worcestershire ever to have played in the Football League, competing from 2000 to 2005. In 1987 Harriers went to Wembley Stadium for the FA Trophy final against Burton Albion. The game was a 0–0 draw after extra time, but Kidderminster won 2–1 in the replay at The Hawthorns. They have reached the final on three occasions since, losing 2–1 to Wycombe Wanderers in 1991 in front of a crowd of 34,842 at the old Wembley, which remained the record attendance for a Trophy match until 2007 when Kidderminster played Stevenage Borough in front of a new record Trophy crowd of 53,262. This was also the very first competitive match to be held at the New Wembley. Kidderminster Harriers lost the match 2-3, despite being 2-0 up at half time. The winning goal coming in the 88th minute. Prior to this Kidderminster had also lost 2-1 to Woking in the 1995 Trophy Final. 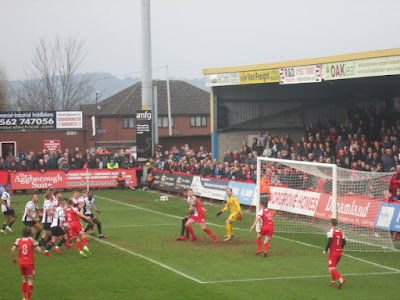 I never got to visit Aggborough Stadium when Kidderminster Harriers graced the Football League. After an excursion to Bala Town FC the previous evening, I was able to get a train to Kidderminster, having changed at Smethwick Galton Bridge. Frequent (4 per hour) services run from Birmingham to Kidderminster on Saturdays with the journey time being around 40 minutes. 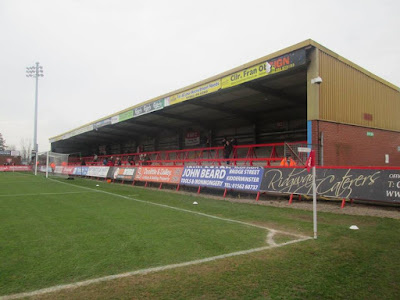 On arrival at Kidderminster, my initial port of call was the Penny Black (JD Wetherspoon). At this town centre establishment, I enjoyed a pint of Port of Leith (5%) from the Caledonian Brewery. Kidderminster is blessed with a decent proportion of real ale pubs. I headed back up Comberton Hill (towards the station) to Weavers Real Ale House. At this one room-roomed micro-pub, I enthusiastically supped Unbreweavable (4.2%), a hoppy pale ale from the locally based Pig Iron Brewery co. 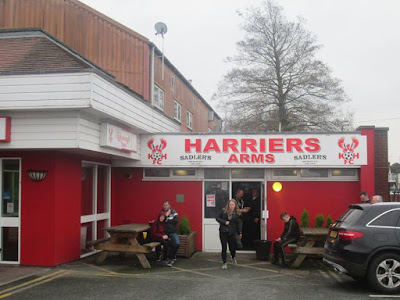 My last hostelry before the match was a little further along Comberton Hill at the Severn Valley Railway Station. The King and Castle is part of the main railway building and just like Weavers, offers a tremendous selection of ales and ciders. At this establishment, the Pieman opted for Hobsons ‘25’ (4.4%) from Hobsons Brewery of Cleobury Mortimer in Shropshire – a delightful pint to enjoy just before heading off to the match. 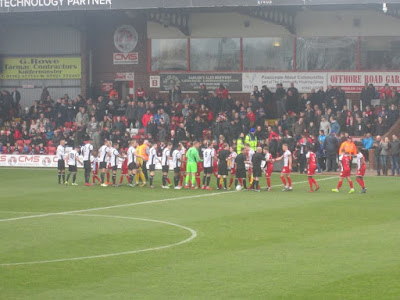 From the adjacent railway stations, it is little more than a five-minute walk to the football ground. As expected, Aggborough Stadium is a well-appointed venue, with decent views afforded from all areas. Both ends are covered terraces and both sides are covered seated stands. Although I did not partake (Spoons breakfast was enough for me!), there is a tremendous range of locally produced hot food available in the ground, it looked fantastic and a supporter a few seats along from me spent the entire second half indulging in his chicken curry followed by a large soup! 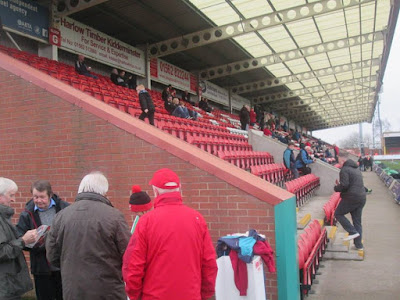 The match was amazingly unpredictable. Salford City FC, top of the table, looked disjointed for most of the proceedings. Two down at the break, they conceded a further two goals before the hour. When they pulled a goal back on 81 minutes it appeared to be no more than a consolation. However, the final score of 4-4 just goes to show how unpredictable the beautiful game can be. To rub salt in the wounds for Kidderminster, the leveller for Salford was scored by Tom Walker, the pantomime villain who should probably have been sent off at 4-0 for kicking out at an opponent. His follow up to his saved penalty levelled the scores with the penultimate kick of the match. After all that excitement a visit to the Railway Bell on Comberton Hill was required. A pint of Banks’s Amber (3.8%) capped a fine afternoon in Worcestershire, before heading back to Birmingham and my connection to London Marylebone 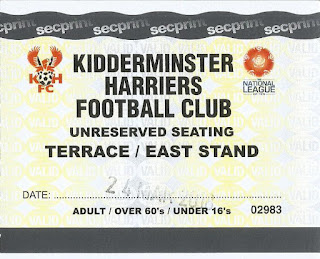 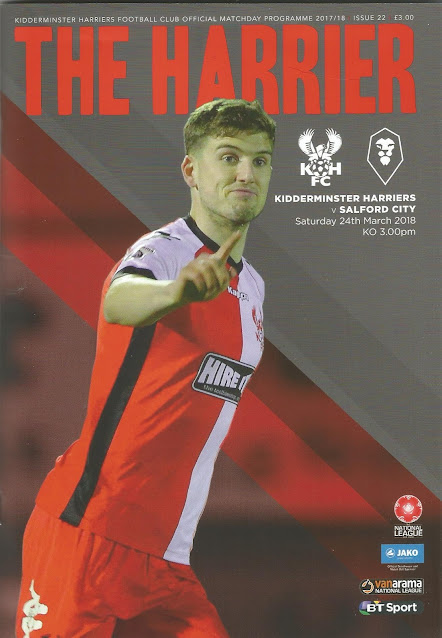