Coggeshall is a small town in Essex, between Colchester and Braintree on the Roman road of Stane Street, and intersected by the River Blackwater. Although Coggeshall has a market and is a market town, the vast majority of the residents, some of whom are third or fourth generation of Coggeshall, insist on referring to it as a village. It is known for its almost 300 listed buildings and formerly extensive antique trade. Many local businesses, such as the White Hart Hotel and the Chapel Inn, have been established for hundreds of years (the Chapel Inn became legally licensed in 1554). The modern history of Coggeshall begins around 1140 when King Stephen and his queen Matilda founded Coggeshall Abbey, a large Savigniac abbey with 12 monks from Savigny in France. The town clock was built to celebrate Queen Victoria's jubilee in 1887 and the clockhouse was at one point a school for the poor children of the town. 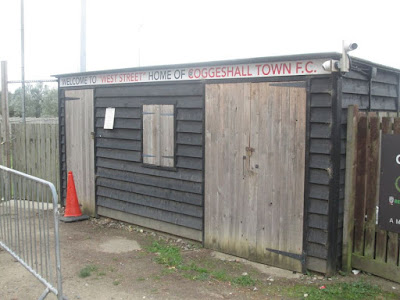 The football club was established on 27 September 1878 by J.K. King (a seed company) following a meeting at the White Hart Hotel, with many of the King family and company employees being keen footballers. After losing the final of the Essex Junior Cup in 1899, they joined the North Essex League, going on to win the league four times. The club then joined the Colchester & District League and in 1911 the league merged into the Essex & Suffolk Border League. The club were Division II B runners-up in 1926–27. After spells in local leagues the club returned to the Essex & Suffolk Border League in 1959 and won Division One in 1962–63. Subsequent spells in the Essex Senior League, Essex Intermediate League, Essex & Suffolk Border League and the Eastern Counties League eventually resulted in promotion to the Isthmian League in 2018. 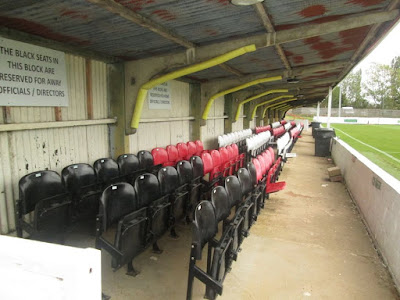 Coggeshall is not the easiest destination to reach by public transport. There is an hourly bus service from either Braintree or Marks Tey which would connect with train services from London Liverpool Street. However, I opted to get the train to Kelveden which is a little over 3 miles from Coggeshall. The walk took around 35 minutes, which was good considering that for much of the route there were no footpaths! A combination of stepping on to the verge or walking along the side of agricultural fields  eventually saw me reach neighbouring Coggeshall Hamlet where the footpaths resume. You then realise you are nearing your destination as the previous Coggeshall Road has become Kelveden Road. 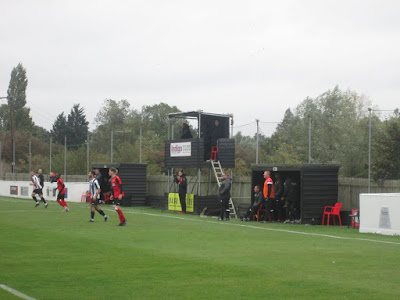 Upon arrival at Coggeshall, I was immediately struck by how nice the place is. The abundance of old buildings oozing charm and history help to paint a picture of the days when it was that ‘market town’. I headed straight for West Street to take some photographs, then took the opportunity to visit the Chapel Inn which a club official had recommended to me. With sensible Covid arrangements in place I enjoyed an excellent pint of the reliable Timothy Taylor Landlord followed by a decent pint of Gale’s Seafarers. 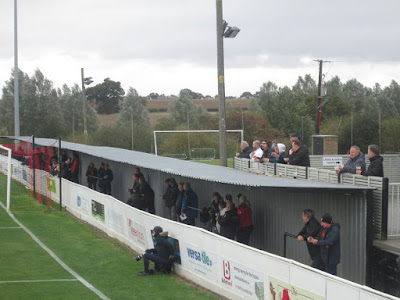 The football ground is a five-minute stroll from the centre of town and is on the left-hand side of the road heading towards Braintree. It is obvious to see the history of the place when looking at the covered seated stand, which is still in very good condition. The other outstanding feature for me was the playing surface. Whoever is responsible for its upkeep is doing a fine job. The pitch is at a lower level than the surrounds on one side, dictated by the slope of the location. The levelling whenever that was completed was also a fine achievement. 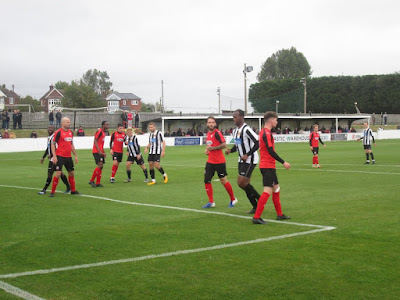 Apart from the seated stand, there is also cover behind the goal at the clubhouse end of the ground. The separate changing rooms (another old structure) are housed in the corner of the ground and the turnstile in the other corner along the same side. The uncovered end of the ground backs on to the car park. The steak pie purchased from the refreshment hatch of the clubhouse must rank as one of the best I have ever sampled at a football match. Packed with meat, this locally supplied delight had no room for anything else. Some equally tempting sausage rolls were also selling well. 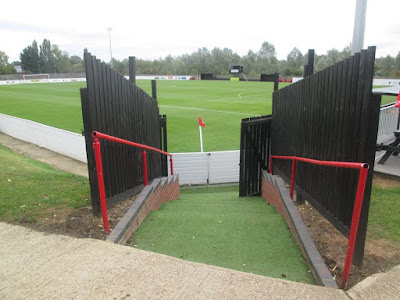 This all Essex encounter was a slow burner with little between the sides at the break. However, Jack Baker’s volley shortly after the restart to give the hosts the lead was just what the match needed. The points were secured when Matt Price hit a thirty-yard free kick into the bottom left corner of the goal. My walk back to Kelveden Station was a tad slower than before, but I was still there twenty-five minutes before the 18:01 London Liverpool Street service. I would not be keen to walk the route in the darker hours, as the mix of rural Essex and pretty cottages does not mix with pedestrian safety. 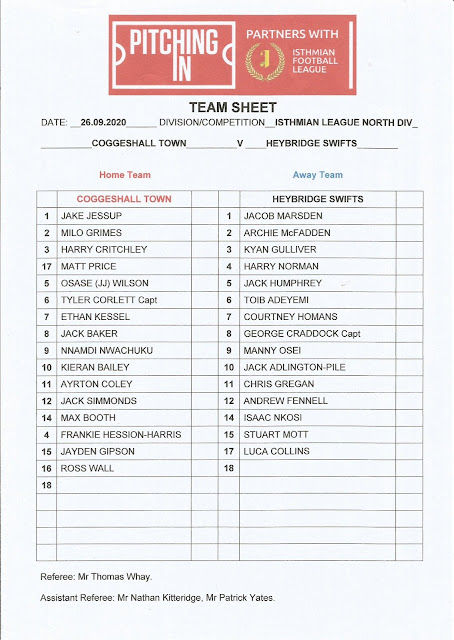 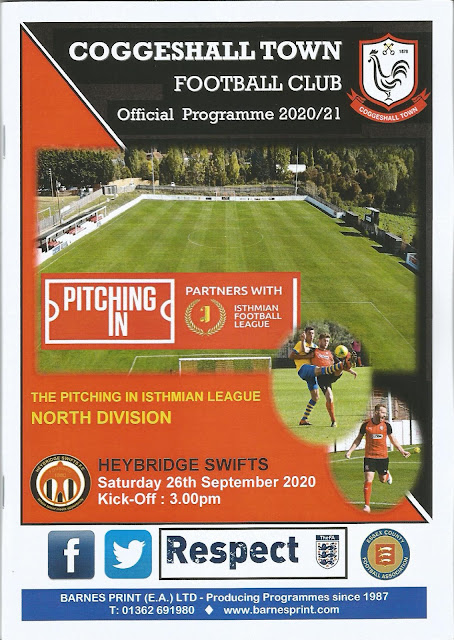