Littlehampton is a town, seaside resort and harbour, situated in the Arun District of West Sussex, England. It lies on the English Channel on the eastern bank of the mouth of the River Arun. It is 51.5 miles south south-west of London, 19 miles west of Brighton and 10 miles east of the county town of Chichester. The South Downs National Park commences 3 miles north of the town. Littlehampton links to Amberley and Arundel by footpaths and railway as well as by roads. The town's status as both a port and a holiday resort led to economic success in the nineteenth century, with a railway line and a cross-channel ferry to Honfleur in France being introduced. In 1967, the town attracted attention by becoming the base for the first ever Blue Peter lifeboat. The world headquarters of The Body Shop is situated towards the north of the town, and is a major employer in the area. 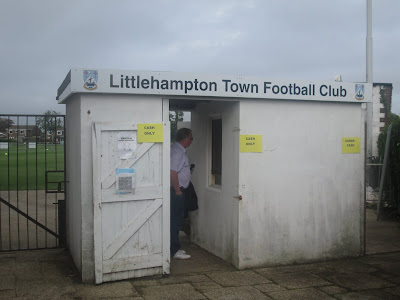 Littlehampton F.C. was formed in 1896, adding the Town suffix in 1938. The club became founding members of the West Sussex Football League in 1896, joining the Junior Division. In 1928 the club joined the Sussex County League. Despite finishing as runners-up in Division One on six occasions, they had to wait until 1990–91 before lifting the championship – the only time they have done so, having finished as runners-up to Wick the previous season – clinching the title on the last day of the season, at nearest rivals Peacehaven & Telscombe. That season was undoubtedly the finest in the Marigolds’ history. As well as finishing as Division One champions, the club also reached the 1st Round of the FA Cup where they were beaten 4–0 by Northampton Town in front of a crowd of 4,000 at The Sportsfield. A League & Cup ‘double’ was completed with a 3–0 win over Burgess Hill Town. If that wasn’t enough, Littlehampton also reached the semi-finals of the FA Vase. 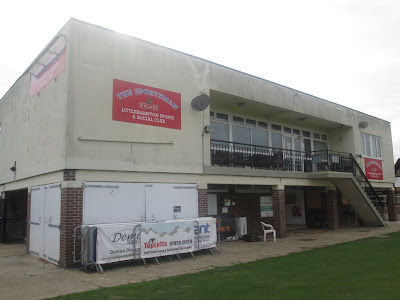 I was fortunate to be offered a lift to Littlehampton (much appreciated Phil) and the journey took a little over two hours. On arrival it was good to take advantage of the limited car parking space available (street parking nearby is also possible). The football ground is part of a much wider playing area, utilised by the cricket club. Accordingly, some of the perimeter railings are temporary. 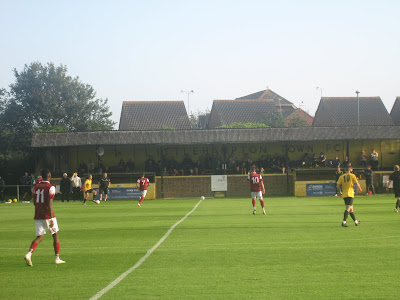 All the spectator facilities for viewing the match are situated on the far side away from the cricket pitches. Straddling the half way line is a magnificent old seated stand. Either side of this are narrow covered terraces. These three options will provide plenty of shelter in bad weather and are certainly more than adequate for the Sothern Combination attendances that Littlehampton Town enjoy. 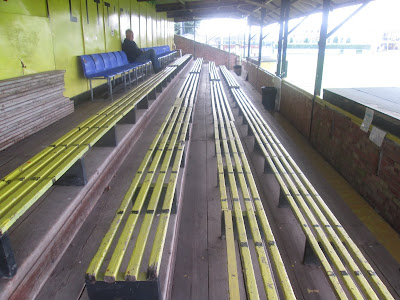 For this match, Littlehampton Town were using their new floodlights for the first time. The pylons supporting the lights are situated at the corners of the pitch with the exception of one which, due to the overlap with cricket, is situated near the clubhouse and the cricket stand. Said clubhouse with veranda, although set back from the football pitch, offers a high level view of proceedings. Upstairs is a bar and a hatch downstairs offers snacks (including superb burgers) and hot drinks etc. 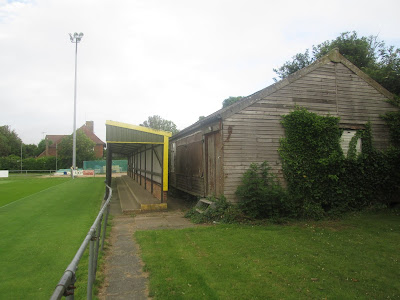 The playing surface was excellent and we were treated to a decent contest, with the hosts giving their higher ranked visitors a good match. At the break, Littlehampton Town were 2-0 ahead and it was going to be interesting to see how Bognor Regis Town reacted. A number of substitutions (pretty much the whole team) completely transformed the match and at the end the home side were clinging on for a 2-2 draw. 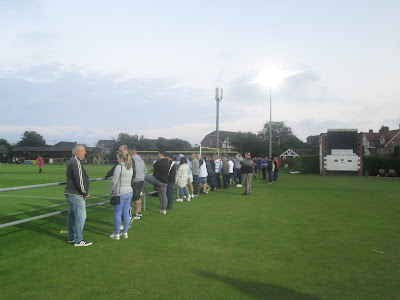 Both clubs will be pleased with their efforts as preparation for the new season. The Sportsfield is a lovely setting for watching football (cricket too I should think) and I was impressed with the friendly welcome. The closure of a couple of junctions on the M25 meant a slight delay on the return journey, but this did not detract from a fine evening in West Sussex. 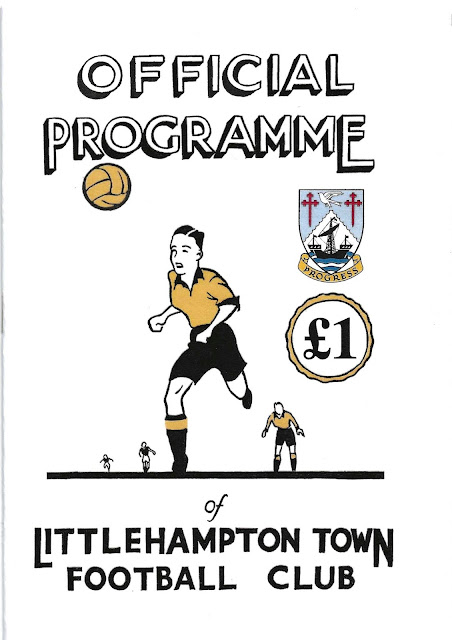