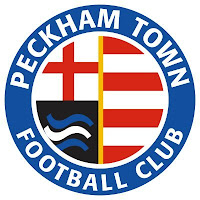 Peckham is a district within the London Borough of Southwark. It is 3.5 miles south-east of Charing Cross. “Peckham” is a Saxon place name meaning the village of the River Peck, a small stream that ran through the district until it was enclosed in 1823. Peckham was originally part of the parish of Camberwell in Surrey, which became the Metropolitan Borough of Camberwell within the County of London in 1889. Peckham was the setting of the television sitcom Only Fools and Horses in its run as a regular series from 1981 to 1991, as well as Christmas specials until 2003. 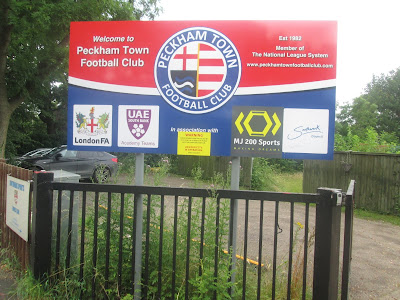 The football club was established in 1982 by the then 13-year-old Bryan Hall, after he placed a poster on a tree in Peckham Rye Park saying he wanted to start a team. Four players turned up to the first session, but this soon grew. The initial name of the club was Brimington Park FC, and was named after the park that a group of friends used to hold kickabouts on every evening. In 1983 the club changed its name to Peckham Town Football Club. Progression through local leagues culminated in the club being promoted to the Kent County League in 2012. Two subsequent promotions have resulted in elevation to the Premier Division. The 2019/20 London Senior Trophy was won on penalties when AFC Cubo were beaten on penalties following a 0-0 draw after extra time. My journey to the Menace Arena was via Stratford, Canada Water and Peckham Rye. The nearest station to the ground is West Dulwich. However, I opted for North Dulwich which was more convenient in terms of connections. From there it is no more than a fifteen-minute walk through the pleasant Dulwich Village and Dulwich Park which is adjacent to the rear of the ground. Our Queens Park Rangers correspondent, Chris Hewitt, advises that Bus Route 2 from Brixton Station will drop you at the ground. 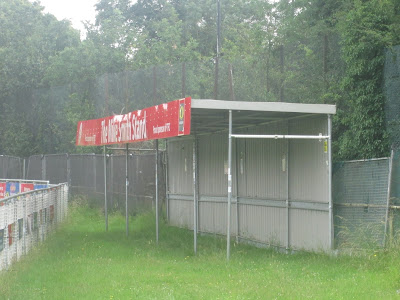 I had heard that this quirky venue was worth visiting and was not disappointed. The ground itself is older than the club and sight of the clubhouse building confirms this. The place is awash with bright colour and the club have done amazingly well to enhance their surroundings. The perimeter of the pitch is fully railed. There is a covered seated stand opposite the clubhouse side of the pitch and some raised banking offering a good vantage point. 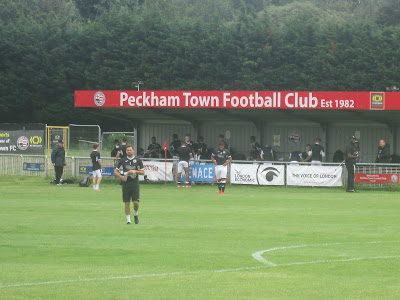 There is a further covered structure behind the goal at the end closest to the ground entrance, which would provide more than adequate cover in poor weather. Additionally, there is a very small covered structure by one of the corners providing a panoramic view for a very limited number. The clubhouse will have seen a lot of history and this is where the refreshment facilities are located. 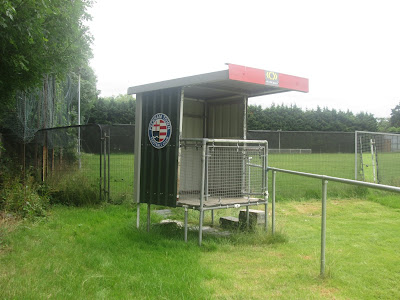 On arrival at the ground the first twenty customs were offered a free bottle of Sxollie cider, which was a nice touch. Further refreshment was enjoyed in the form of craft beer from Brick Brewery (Peckham Rye). I was able to partake in Peckham Session IPA (4.2%) and Peckham Pale (4.5%) – very nice too. Phil Bayley won the 50/50 draw, which was ironic as he was the first admission to the ground! Unsurprisingly the home team entered the pitch to the Only Fools and Horses theme tune. It would have been a spectacular own goal if they had missed that trick!

The match was good for a pre-season encounter and 11th tier Peckham Town would have been very pleased with their efforts. Taking the lead in the 5th minute with a great goal from Tidian Barry, the home side impressed against their 9th tier opponents. Fisher were awarded a penalty just after the half hour mark, duly converted by Lee Weemes. There were no further goals despite plenty of endeavour from both sides. The day was enhanced by the presence of local residents, William and Zola Evans, the latter attending her first football match! 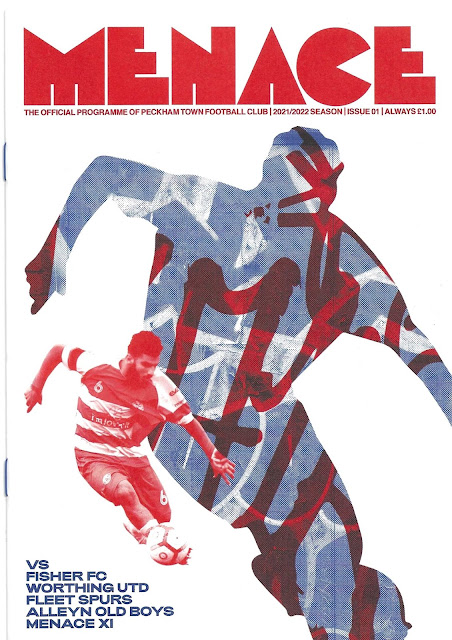