Wimbledon has been inhabited since at least the Iron Age when the hill fort on Wimbledon Common is thought to have been constructed. In 1806, Wimbledon was part of the manor of Mortlake. The ownership of the manor of Wimbledon changed between various wealthy families who built large houses such as Eagle House, Wimbledon Manor House and Warren House. It is home to the Wimbledon Tennis Championships and New Wimbledon Theatre, and contains Wimbledon Common, one of the largest areas of common land in London. The residential and retail area is split into two sections known as “the village” and “the town” having first developed gradually after the building of the railway station in 1838. In recent times the likes of Matt Smithurst and Frank Hughes have enabled the area to attain celebrity status. 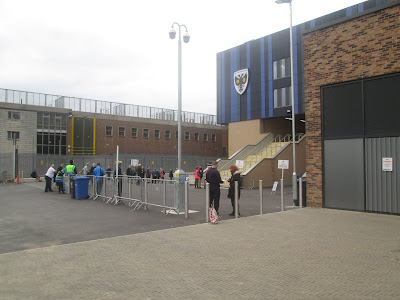 The football club was founded in 2002 by former supporters of Wimbledon FC after the Football Association allowed that club to relocate to Milton Keynes in Buckinghamshire, about 60 miles north of Wimbledon. Most of the Wimbledon FC supporters were very strongly opposed to moving the club so far away from Wimbledon, feeling that a club transplanted to a distant location would no longer represent Wimbledon or the club's historic legacy and tradition. Wimbledon FC moved in 2003 and formally changed the name of the club to Milton Keynes Dons in 2004This is a brief summary of events and is by no means the fully story which is well documented elsewhere. It should not have been allowed to happen. 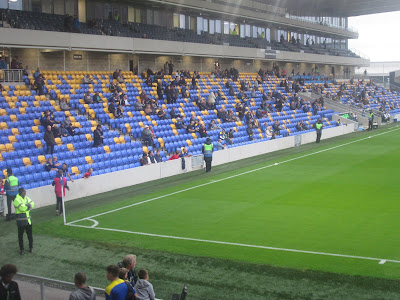 The club was initially based at Kingsmeadow, a ground brought from and then shared with Kingstonian FC until 2017, then with Chelsea FC from 2017. In November 2020 the club moved to Plough Lane, a new stadium on the site of the defunct Wimbledon Greyhound Stadium, only 250 yards from the original Plough Lane, Wimbledon FC's home until 1991. The new  stadium has an initial capacity of 9,300, with the option to expand later. 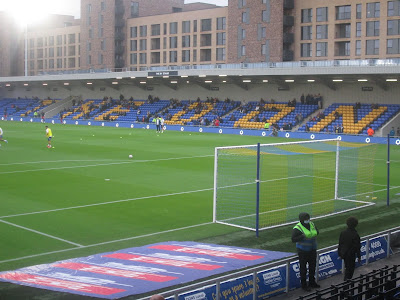 My journey to and from this match was made using Wimbledon Park Station (District Line) which involves a walk of no more than 15 minutes. The route takes you past the site of the original Plough Lane ground. At the junction Durnsford Road and Plough Lane there is a memorial commemorating the previous era and specifically the 1988 FA Cup triumph. 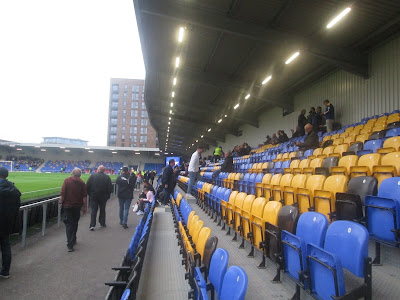 Although it is difficult to see much of the ground from outside, due to the majority of the exterior being hidden behind blocks of flats, it is rather impressive once inside and in view of the playing area. The club can be proud of what they have achieved and even with the current capacity it does seem sufficient for the fanbase and regular attendees. With covered seating on all four sides and potential for safe standing, the new Plough Lane does the trick. 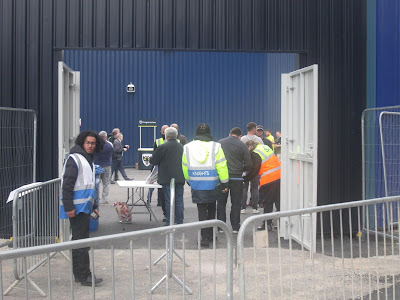 There was a wide variety of refreshments to be enjoyed at the ground including beer from both the Wimbledon and Richmond breweries. Food options including traditional fish and chips alongside some cuisine with more distant origins. This appeared very popular and enticing. There is also a pub within the confines of the ground and for this match they were experimenting with opening after the match to ticket holders. I do recall visiting the Batsford Arms at the old Plough Lane. 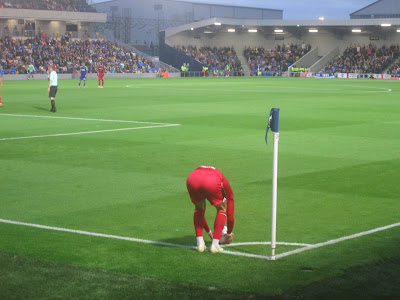 I believe it fair to report that this match was not a classic and for a long time I feared a first 0-0 of the season. The visitors went down to 10 men with 18 minutes remaining when left-back David Tutonda received his second booking for fouling Henry Lawrence as he raced through on goal. Wimbledon made the advantage count as substitute Ollie Palmer rose to meet Luke McCormick's pinpoint delivery and head past Jamie Cumming five minutes from time. However, in the 97th minute, Harvey Lintott's long-range shot was deflected past keeper Nik Tzanev by Dons defender Paul Kalambayi, to give the Kent side their first away point of the season. Did I ever think I would be watching football at Plough Lane again, following the move from the old ground? However, football often provides unlikely scenarios! 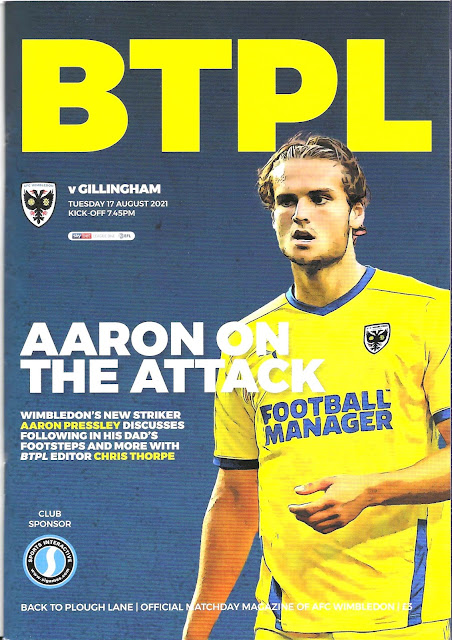