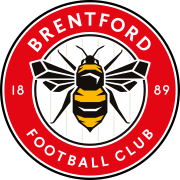 Brentford is a suburban town in West London and is part of the London Borough of Hounslow. It lies at the confluence of the River Brent and the River Thames, 8 miles west of Charring Cross. The name is recorded as Breguntford in 705 in an Anglo-Saxon charter and means ‘ford over the River Brent’. The building of Brentford Dock was started in 1855 and it was formally opened in 1859. The dock was a major trans-shipment point between the Great Western Railway and barges on the River Thames. The original dock was built on a large island between the River Thames and two mouths of the River Brent. Part of the land was owned by timber merchant James Montgomery in the 19th century. The dock yard is now a marina and housing estate. 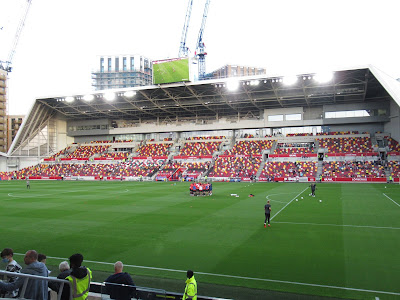 The football club was founded in October 1889, and by 1896, Brentford FC had joined the London League, progressing to the Southern League in 1898 and entering the Football League in 1920. Upon the appointment of Harry Curtis as manager in 1926 came the beginning of Brentford's most successful period, with promotions in 1933 and 1935 taking the club into the top-flight of English football for the first time in its history. Three consecutive top-six finishes in the First Division established Brentford as one of the top clubs in England, but a decline began in 1938 which led to the club's relegation back to the Third Division South by 1954. In 2021 the club was promoted to the Premier League. 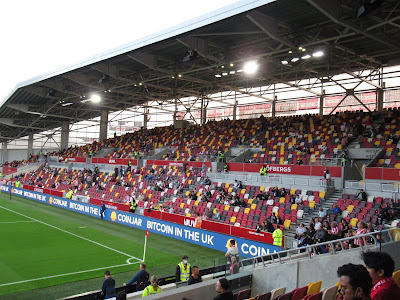 Having played at Griffin Park since 1904, this promotion to the top flight of English football came at a timely moment following a move to the newly built Brentford Community Stadium in 2020. The stadium is located on a site off Lionel Road, adjacent to Kew Bridge railway station. It stands in the middle of a triangle of railway lines, predominantly used for freight. 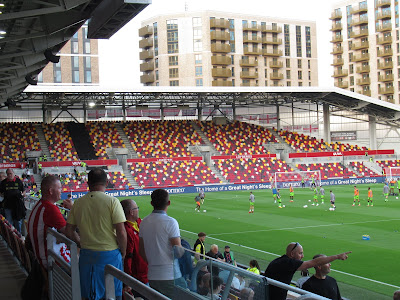 I had visited Griffin Park on ten occasions, the first being for a Division Three match v Southend United in April 1979. That venue was a typically traditional football stadium and boasted a pub on each corner of the ground. The new stadium is obviously very different and it is easy to draw comparisons with the new AFC Wimbledon ground, the most obvious being the high-rise apartment blocks surrounding the grounds. The necessity to generate income to fund construction being a key factor. 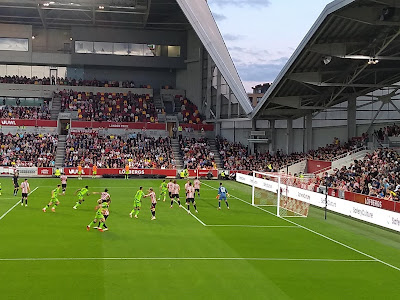 As you would expect, facilities at the new stadium are modern. The design of the stands mean that the stadium does have character and the for the most part the sightlines are good. This purpose-built venue will serve Brentford FC well and is more than adequate for their fanbase. It just isn’t Griffin Park! The standard overpriced refreshment facilities are available in the ground, but other establishments are situated close by in all directions. 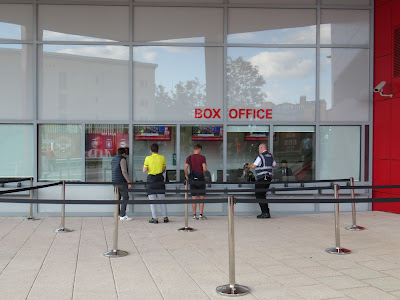 I travelled to South Acton (London Overground) direct from Highbury & Islington. My preferred choice of Gunnersbury was not an option post match as this station was closed after the match for an hour. Presumably to reduce overcrowding, but in reality, creating more issues than it solves. South Acton is around 25 minutes-walk from the stadium, via Chiswick Business Park. Of course the adjacent Kew Bridge Station is nearer. 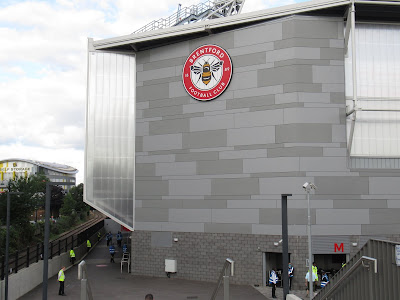 This was a good match to watch and most would agree that Forest Green Rovers were well worth the lead at the interval. They had chances either side of the break to increase their lead and I felt that if they had scored again then they would most likely have progressed to the third round. Brentford had made a number of changes for this match but second half substitutions saw them home with three goals in the last half hour. A red card for the visitors should not detract from their fantastic performance. 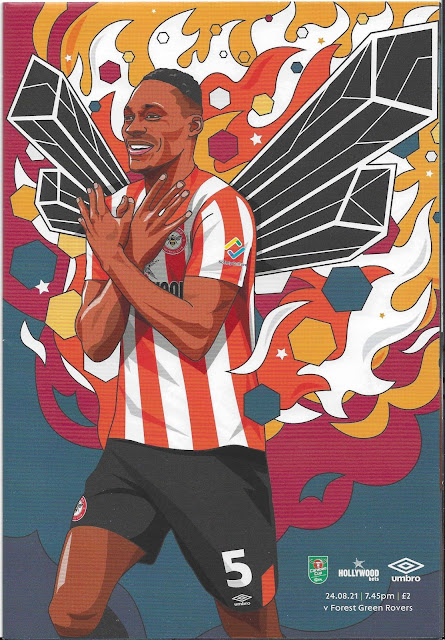