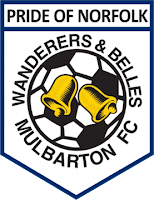 Mulbarton is a village and civil parish located south of Norwich in Norfolk. The place-name 'Mulbarton' is first attested as Molkebertuna and Molkebertestuna. The name means "outlying dairy farm", the first element being the Old English ‘meoluc’ meaning ‘milk’ and the second element the Old English ‘beretun’ meaning ‘barley town or settlement’. Maurice Norman, the former Norwich City, Tottenham Hotspur and England footballer, was born in Mulbarton. 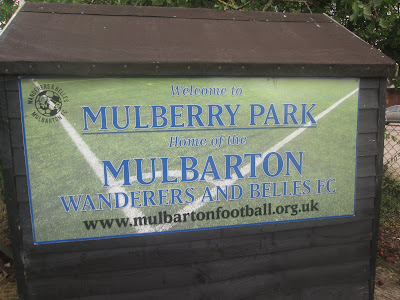 The football club was established in 1993 when the youth team of Mulbarton United – a now defunct Anglian Combination side – broke away to form their own youth team. They merged with the Harford Belles girls team in 2001 and established a mens senior league team, starting in division four of the Central and South Norfolk League. The club won promotion in their first year and continued to rise through the league, getting to division one for the start of the 2007/8 season. A further elevation to the Anglian Combination was followed by six successive promotions, reaching the Premier Division in 2015. In 2018 the club successfully applied to join the Eastern Counties League. In their first season, Mulbarton Wanderers also entered the FA Vase for the first time. The following season saw the club enter the FA Cup for the first time. In 2021 a further promotion to the Premier Division was achieved based on results in the abandoned 2019-20 and 2020-21 seasons. 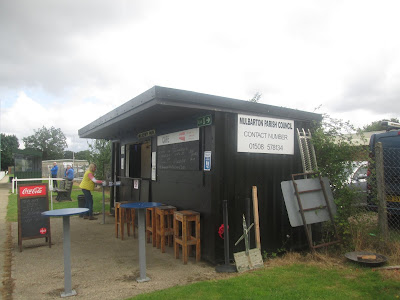 The journey by train was made from Cheshunt via Stratford and Ipswich to Norwich. My preferred route via Cambridge was blocked due to an emergency in the Bishop's Stortford area. I used a discounted rail voucher resulting in a return fare of £5:00 (thanks again Martin). On arrival at Norwich, there was time for some decent fish & chips at The Bell (J D Wetherspoon) before catching the half hourly bus service (route 37) from the Castle Meadow stop to Mulbarton. The route passes the ground, with the bus stop a couple of hundred yards along the road. 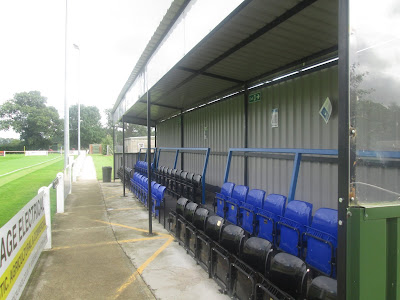 Mulberry Park is a very tidy ground. The clubhouse building is a shared facility with the wider Mulbarton community and appears to be a hub for various activities. It was here that this Pieman took advantage of the real ale on offer, enjoying a refreshing pint of Legacy (Lacons Brewery 4.4%). There is also a splendid double decker bus which was not open over this bank holiday weekend. Blakey’s is Described as a uniquely designed café on wheels. Converted from a Bristol Lodekka Bus and furnished to look like a tea room. 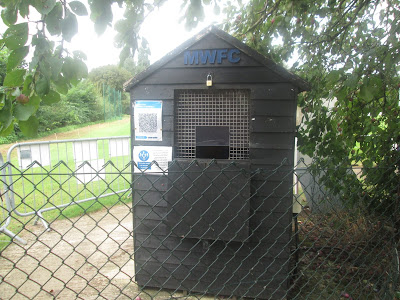 A quaint pay box is situated at the corner of the ground and a smart two rowed covered seated stand provides the only spectator accommodation, but would most certainly be a welcome retreat in adverse weather. An impressive café selling the usual fayre is also situated on this side of the pitch and an overhang from this structure could offer some additional cover. The only other furniture are the dugouts on the opposite side of the pitch. 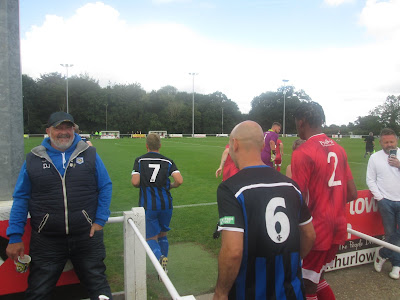 The playing surface was in remarkably good condition and I would think the purpose-built drainage ditches on three sides of the pitch are an asset during the later months. All said, this venue is a nice place to watch football, particularly on a sunny day. The match itself was entertaining with visitors Haverhill Rovers twice taking the lead to go in at the interval with their noses in front. 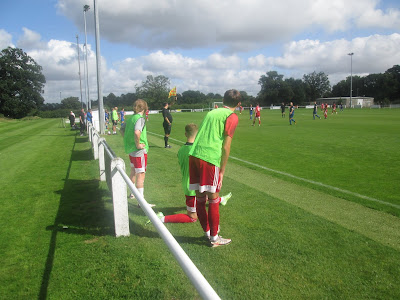 A strong second period for Mulbarton Wanderers saw them clinch their fifth successive victory and maintain their unbeaten start to the season. Although we were treated to a few minutes of added time at the end of the match, I was comfortably at the bus stop in time for the 16:55 return bus journey to Norwich. This was enhanced by being able to catch the 17:32 Cambridge service from Norwich. Another fine day out watching Eastern Counties football. 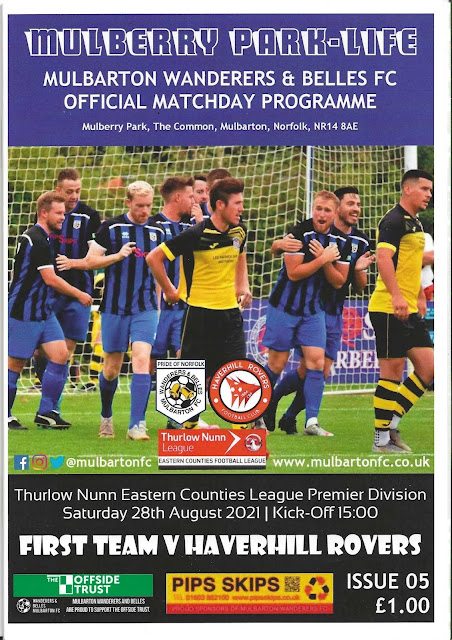