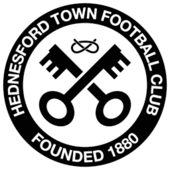 Hednesford is a market town within Cannock Chase district of Staffordshire and was a coal mining community for over a century. This is commemorated in the town centre, where a Miner's Lamp has been erected, surrounded by a wall with individual bricks giving the names of former miners. The oldest sections of the town surround the hilltop areas of the existing town; however, the lower part became the focal point as the community grew with the mining industry. Between 1914 and 1918, two army training camps were built in the area and over a quarter of a million British and commonwealth troops passed through destined for the Western Front. In 1938 a Royal Air Force camp was established to train technicians in maintenance and repair of airframes and engines. No 6 School of Technical Training became better known as RAF Hednesford. The camp was later used for the resettlement of Hungarian refugees fleeing from the Russian invasion of Budapest, in 1956. The site is now part of Cannock Chase Country Park. 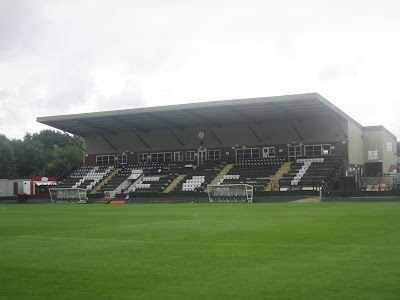 The football club was established in 1880 as a merger of the Red & Whites and Hill Top. Based at the Anglesey Hotel, they were sometimes known as Hednesford Anglesey. In 1907 the club joined the Birmingham Combination, winning the title in 1909-10. In 1977-78 Hednesford were champions of the West Midlands (Regional) League and moved up to the Midland Division of the Southern League. The club reached the fourth round of the FA Cup in 1996-97, beating Blackpool and York City, before playing Middlesbrough at the Riverside Stadium. In a close game Hednesford lost 3-2. Hednesford Town won the FA Trophy in 2003-04 beating Canvey Island 3-2 at Villa Park. 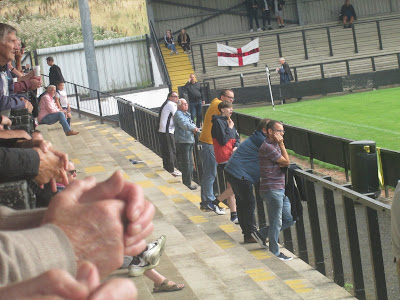 On arrival at Hednesford, I took the opportunity to walk to Keys Park (20 minutes) in order to take some photographs. I was able to gain access to the ground for this purpose and enjoyed a conversation with a gentleman setting up one of the two refreshment vans. His knowledge of the local area and changes over the years was insightful. I then headed back to the centre of town for refreshment. The route from town to the stadium takes you past the site of the former Cross Keys ground (now housing), which was situated behind the hotel of the same name 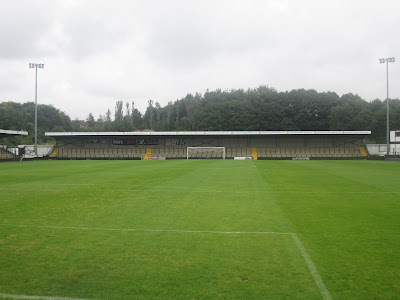 Heddin's Ford is situated in the market place and is only a few minutes walk from the railway station. The former bank has been transformed into a micropub. Here I was able to enjoy two contrasting ales from the Backyard Brewhouse based in neighbouring Brownhills. 1898 (4.9%) is a delicious Dark Mild, full bodied with chocolate and roast malts, which I was informed is very popular with the locals. Marynka (5.0%) is an IPA named after a Polish hop from the Lublin region. An excellent aroma with a superb floral spiciness. 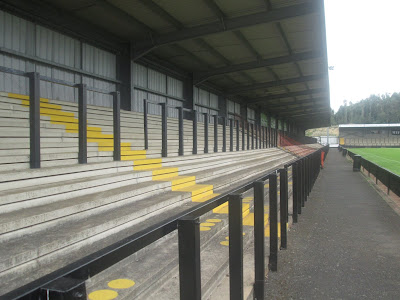 Keys Park is easily one of the best stadiums outside of the top six tiers of English football. It is extremely well maintained and you can sense the pride of the locals when visiting. There are two seated areas, the main stand which is the centre piece and a smaller stand behind one of the goals. Along the side opposite the main stand is an enormous terrace covering the full length of the playing area and there is also another terrace at the remaining end of the ground. All of these structures are covered and offer an excellent view of proceedings.

This match saw unbeaten Hednesford Town take on Cleethorpes Town (a tier lower in the pyramid) in a contest that was going to be interesting. The early stages of the match were dominated by the home side and when Andre Landell headed the opening goal following a fine cross by debutant Chay Tilt, it looked as if they were on their way to a comfortable victory. However, the remainder of the first period saw Cleethorpes Town in the ascendancy and they just lacked the finishing touch. 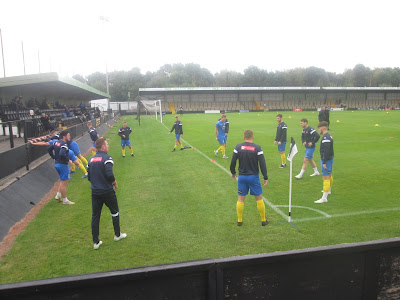 The second period followed a similar pattern and the visitors were rewarded with an equalizer in the 72nd minute. The goal was credited to Josh Smaller following his “towering” header which ricocheted in off a defender. However, I had a particularly good view of this goal and until the unfortunate intervention of the defender, I don’t think it was heading towards the goal – for me this was an own goal. A replay at Cleethorpes three days later follows this match. A thoroughly enjoyable afternoon was rounded off with another pint of Marynka at Heddin's Ford and a visit to Hedgeford Lodge (JD Wetherspoon) which is even nearer to the railway station. 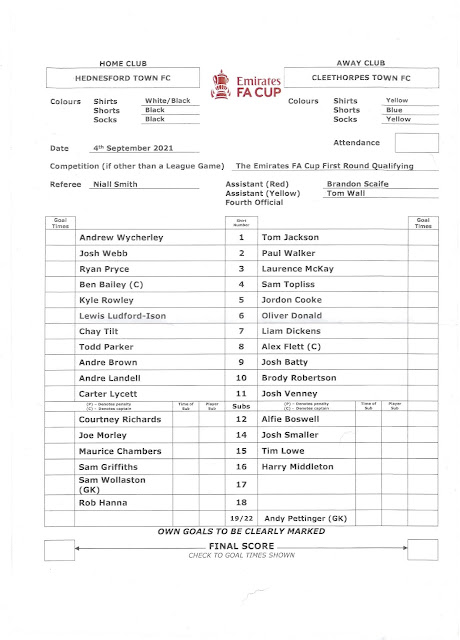