Letchworth Garden City is a town in Hertfordshire. The town was laid out by Raymond Unwin as a demonstration of the principles established by Ebenezer Howard who sought to create an alternative to the industrial city by combining the best of town and country living. It is also the home to the United Kingdom's first roundabout, which was built in 1909. A significant employer in the town was Shelvoke and Drewry, a manufacturer of dustcarts and fire engines, existing from 1922 to 1990. 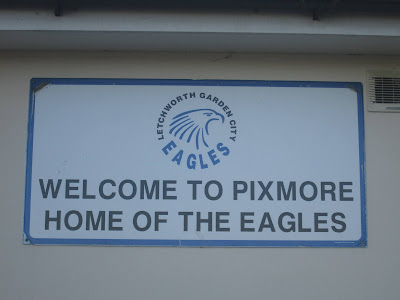 The football club was founded in 1978 as Westbury United based on the estate where most of the players lived, later changing the name to Letchworth Garden City Eagles. In 2008 the club entered the Herts County League to provide a route for youth players. Steady success, including three Aubrey Cup victories, culminated in promotion to level 6 in the Spartan South Midlands League in 2021. 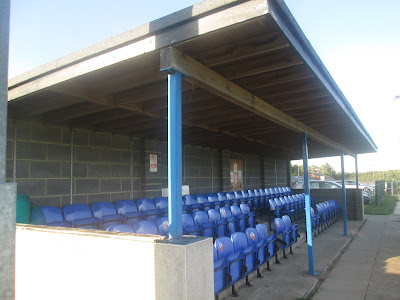 Pixmore Playing Fields is situated behind Letchworth Leisure Centre and is adjacent to the ground of Letchworth Rugby Club. It is also only a few hundred yards from the Hertfordshire FA County Ground. I had visited that venue to see Letchworth FC play Potters Bar Town FC in a South Midlands League match in March 1996. That club and their predecessors, Letchworth Garden City FC are sadly no more. Therefore, it is good to see senior football making a resurgence in the town. Spectating facilities at the ground are limited to the covered seated stand, but of course there is potential for additional furniture should the club progress further. 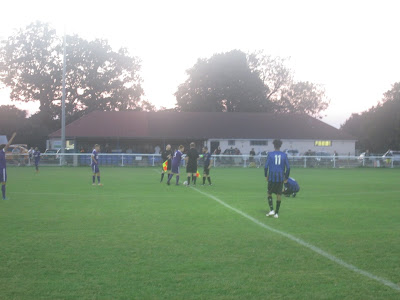 I was fortunate to be offered a lift to this match and the journey took around fifty minutes before we were parked up at the ground. The journey via the A10, Buntingford and Baldock was pleasant, but then in daylight it usually is. There is plenty of car parking space at the ground and at the Leisure Centre, with the former being rather busy early in the evening. This match attracted a fair number of neutrals attending this venue for the first time. 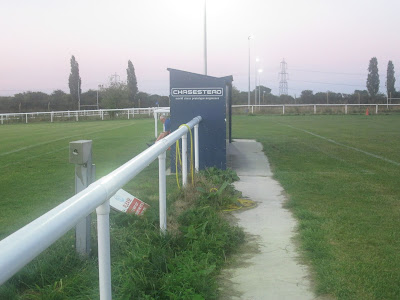 As the teams emerged for the match, I immediately sensed a potential issue with the home side wearing blue and black vertical stripes and visitors Irchester Town, wearing a dark purple. There was already a colour clash that was not going to improve in the fading light. This was drawn to the attention of the referee by the visiting management team, but the immediate response from the man in the middle was that he could tell the difference. Accordingly, we were ok then? 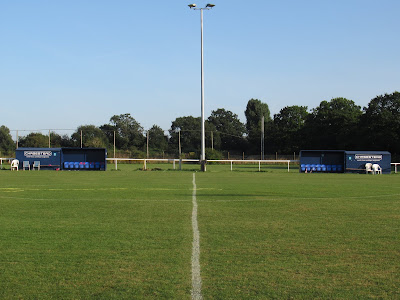 Both I and another witnessed wrongly placed passes and I would think the referee's assistants in addition to the players may have struggled with the situation. The home side scored in the first period to edge a contest that might have lacked quality, but there was plenty of endeavour from both sides. Towards the end of the half, Irchester United were awarded a free kick on the edge of the box. I and others saw the foul as being inside the box and a penalty would have been reward for the mazy run that led to the infringement. 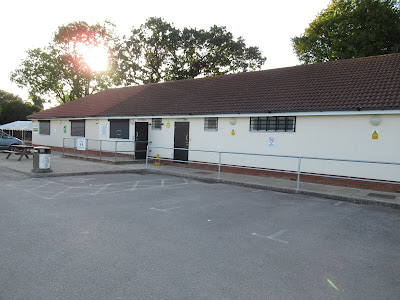 Amazingly, but with some relief for all assembled, the home side emerged for the second period wearing bright yellow shirts! Despite this wave of sensibility, there were no further goals and the home side were able to celebrate a narrow victory. It will be interesting to see how the Eagles adapt to this level of football, they are certainly making a decent start. Irchester United share their facilities with cricket and will now be looking forward to their first home match of the season as we edge towards mid September. 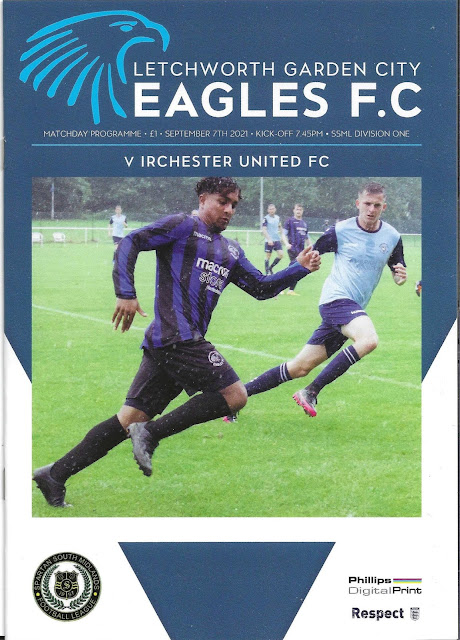