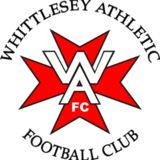 Whittlesey is a town 6 miles east of Peterborough in the Fenland district of Cambridgeshire. Before the fens were drained, Whittlesey was an island of dry ground. The market is held in the Market Place every Friday. The right to hold a weekly market was first granted in 1715, although there have been several periods since in which the market did not function, for example from the late 1700s until about 1850. In the centre of the Market Place is the Buttercross, dating back to 1680. Originally a place for people to sell goods, the structure was considered useless in the 1800s and only saved from demolition when a local businessman donated some slate tiles for the roof. Latterly it served as a bus shelter, until the bus services were relocated to a purpose-built terminal in Grosvenor Road. The festival of the Straw Bear or "Strawbower" is a custom known only to a small area of Fenland. On Plough Tuesday, the day after the first Monday after Twelfth Night, a man or a boy is covered from head to foot in straw and led from house to house, where he danced in exchange for gifts of money, food or beer. The festival was of a stature that farmers would often reserve their best straw for making the bear. 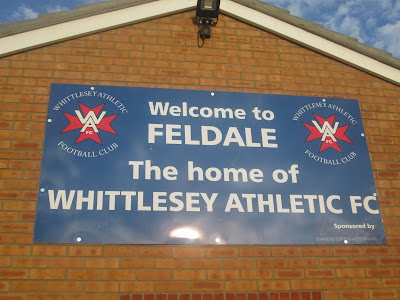 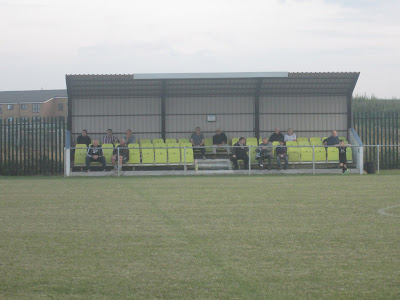 I was fortunate to be offered a lift to Whittlesey (much appreciated Phil) and the journey from Cheshunt took around two hours, which was decent considering that we encountered roadworks between Ware and Stevenage, some heavy traffic around Biggleswade and we were travelling during commuter time. Although Whittlesey does have a train station, that option is probably best explored for a Saturday visit if travelling any significant distance. 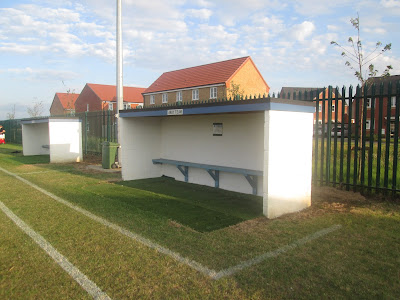 On arrival at Feldale, we reached a decent sized car park, which is situated behind the fairly recently constructed clubhouse building. This is an impressive structure housing the changing facilities, a large function room with a licensed bar and a hatch serving burgers, tea and coffee etc. Toilet facilities exist within the building and are complemented by similar contained in an external trailer. 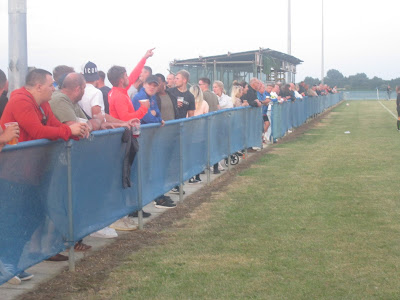 A short distance from the clubhouse is what appears to be the original covered standing accommodation for spectators which would once have been the only shelter during adverse weather. This quirky scaffolded structure completely contrasts with the new covered seated stand, situated on the opposite side of the ground. Apart from the dugouts there is no other 'furniture'. 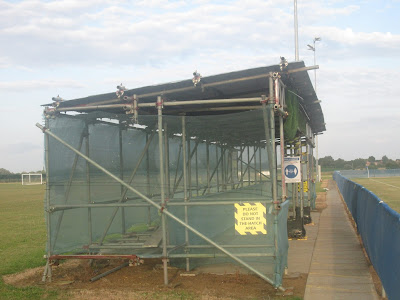 From the start of the match, it was clear that both sides were looking to play some decent football and the match was played in the right spirit. Downham Town, attacking with pace, fashioned three early chances, but their breakthrough in the first half was courtesy of an unfortunate own goal. The lead was doubled in the second period before the home side scored. However, the comeback was thwarted by two further goals for the visitors, ensuring a deserved victory. 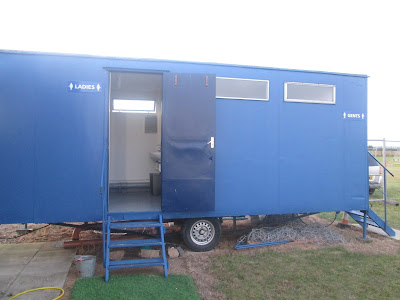 It will be interesting to see how Whittlesey Athletic progress, the endeavour and commitment of those I met is extremely positive, as was the friendly welcome offered to the many neutrals at this match. I understand that any initial reluctance over the merger to form the new club has been swept away. I didn’t see any straw bears on my visit though! 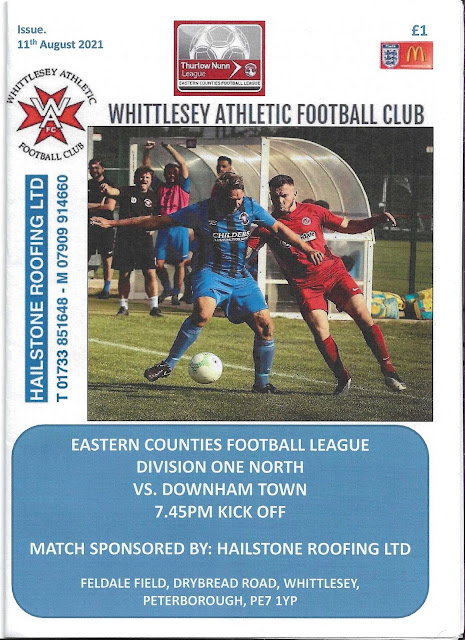